When I became a new mother, I had a lot on my mind, but I never imagined that a potential C-section with the birth of my daughters could mean I would end up paying higher insurance premiums due to “pre-existing conditions.” Even though my family is covered through employer-provided insurance, I relied heavily on provisions of the Affordable Care Act during my pregnancy and postpartum care for services like breastfeeding support. Like many other mothers, I am grateful for low out-of-pocket costs that ensure an accident or diagnosis won't bankrupt our household. 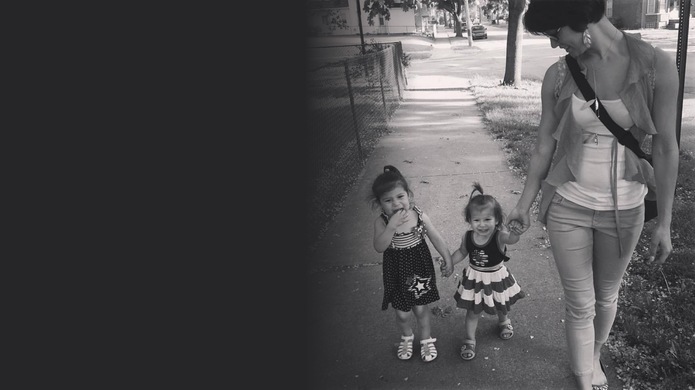 The American Health Care Act (AHCA) bill passed by U.S. House of Representatives last week could make it a lot more costly and worrisome to become a mother in the United States. If there’s anything we all want for our moms, it’s to help them worry less, not more.

A new report from Center on Budget & Policy Priorities shows how the House bill threatens women. Prior to the Affordable Care Act (ACA), 62 percent of plans on the individual market didn’t include maternity and newborn care. The ACA, with its Medicaid expansion, allowed more mothers to give their babies a healthy start. In 2015, Medicaid covered 12.9 million women of childbearing ages (15-44), or 20 percent of all women in this age group. In fact, Medicaid provides health care for nearly half of all pregnant women nationally and 52 percent of births in Ohio in 2014.

The House bill would slash Medicaid by more than $800 billion over 10 years and permanently cap annual funding for states, regardless of the cost of services for their beneficiaries. The bill disproportionately harms women because they are the primary utilizers of family planning and maternity care benefits.

The bill also threatens women with private insurance. It would permit states to opt out of the ACA’s Essential Health Benefits standard. States could choose whether or not to require insurance companies to cover preventative care including pap smears and contraceptive coverage. Insurers can also set premiums based on health status and medical history; meaning insurers could charge far higher premiums to people who are pregnant, have had a C-section, take fertility drugs, or have an irregular menstrual cycle.

Supportive programs that covered the costs of breastfeeding equipment and supplies, and provided workplace pumping protections are also threatened.

The House health bill gives states the option to remove limits on out-of-pocket costs, making families vulnerable to high medical bills due to a complicated pregnancy, premature birth, or medical emergencies during labor and delivery. Just this month, late night talk show host Jimmy Kimmel gave tearful testimony about the dangers of changes exactly like this.

Whether covered through Medicaid or a private provider, access to contraceptives is critical for women’s health. Today, nearly half of pregnancies are unintended. Unintended pregnancies have negative health and economic consequences for families. They also mean higher costs for state and federal government. Women across the county are alarmed by the threat of losing contraceptive coverage and demand for long-acting birth control like IUDs has increased.

Nearly all women use some form of family planning both before and during motherhood. Medicaid finances 75 percent of all publicly-funded family planning services, yet the House plan would deny the use of Medicaid funds to any provider that offers abortion services. Despite assisting one out of every five women in this country, and despite abortions (which are not funded with government dollars) being but a sliver of its services, Planned Parenthood has a lot to lose under the House health plan.

Here in Ohio, some neighborhoods have infant mortality rates comparable to third world countries. A tragic number of mothers in our own backyards will be spending this weekend mourning the loss of their babies, rather than unwrapping adorable handprint art or popsicle stick frames made in art class. Reduced access to prenatal care and family planning is simply not the solution. This Mother’s Day, let’s fight to give mothers support they need by telling your Senator to oppose the AHCA.

The sad truth about the House health care bill
May 4, 2017
Protect our care! New bill puts healthcare of millions at risk
April 27, 2017
Freeing families from the childcare trap
January 6, 2017
Don’t repeal the ACA without replacing it
December 12, 2016
Guest blogger: Ohio to make it harder for struggling families to access high-quality childcare and preschool
September 1, 2016
By the numbers: Ohio earns poor grades in early-childhood funding
April 14, 2016
The childcare conundrum
December 9, 2015