More than 200 Ohio workers were killed on the job in 2015 alone. Nearly 105,000 others were hurt or made sick by exposure to workplace hazards. Workers’ Compensation laws are designed not only to treat injured workers and replace lost wages, but to motivate employers to prevent injuries before they happen. The system is funded by insurance premiums paid by employers in exchange for liability protection from injured worker lawsuits. 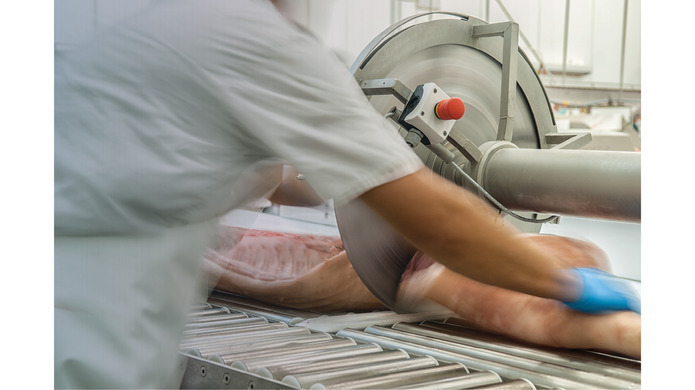 But a provision in Ohio’s Workers’ Compensation budget bill (HB 27) – passed by the House and now awaiting confirmation by Senate committee - would undermine that system, put workers at risk, give cost advantages to companies that skirt the law, and shift the cost of injury to taxpayers, hospitals, and businesses that play by the rules.

The amendment targets undocumented workers, immigrants who have come to the U.S. without proper documentation, or came legally and overstayed their visas. It puts these vulnerable workers at added risk of getting hurt at work, threatens financial ruin for those who are hurt, and exposes their colleagues to safety risks, too. That’s because a firm that can shirk responsibility for workplace injuries will take fewer steps to prevent them, putting all its workers in harm’s way.

This language, if passed, would be a stark departure from workers’ compensation norms in almost all other states. According to the National Employment Law Project, only Wyoming limits workers’ compensation for undocumented workers, and Wyoming law is less far-reaching than the proposal now before Ohio. In the 31 states where the issue has reached a court or board, immigration status has been found not to affect general eligibility for workers’ compensation coverage. Ohio should not depart from this standard.

Barring undocumented workers from protection under Workers’ Comp puts legitimate businesses at a disadvantage by encouraging their competitors to hire more undocumented workers and cut corners on safety. The New Yorker documented this kind of abuse in Ohio by Canton-based Case Farms, which hired undocumented workers and then threatened deportation and called Immigration and Customs Enforcement to avoid paying a claim when a worker was hurt. Seventeen-year-old Osiel López Pérez lost his leg when he fell into the chicken processing machine he was cleaning.

Businesses playing above board should not have to contend with the state giving special treatment to their competitors who break the law.

No evidence has been raised to suggest abuse of the Workers’ Compensation system by undocumented workers. Yet this measure would create new and costly bureaucratic red tape that could slow the processing of claims and waste taxpayer resources.

This provision would put taxpayers and hospitals on the hook for medical bills of excluded workers who get hurt on the job. When a person is hurt, hospital emergency rooms must treat them. If the injured person is uninsured, federally funded Disproportionate Share Hospital payments – paid by taxpayers - cover about a third. Hospitals are left holding the bill for the rest.

Taxpayers and hospitals should not foot the bill for workers hurt on the job so that unscrupulous employers can shirk their responsibility to keep a safe workplace, and expose their whole workforce to higher risk.

Finally, the new rule is rife with legal snags. It limits workers’ access to justice through the courts by requiring those hurt to prove that the employer knew they were undocumented at the time of hire. That flouts Ohio’s constitution – which guarantees access to justice through the courts to all people. In spite of that high bar for winning a case, the provision still exposes companies to risk of being sued. Since immigration status changes, a business could verify legal status and later unknowingly be employing an undocumented worker whose status has expired. That worker would be barred protection by Workers’ Comp, and the business owner caught off guard and forced to defend against a lawsuit and prove the company didn’t know the worker’s status.

An Ohio Appeals Court has already expressed concerns that barring undocumented workers from Workers’ Comp would expose all workers to higher risk. Barring their right to sue is likely to meet a constitutional challenge and obligate the state to defend a measure that harms both workers and legitimate businesses.

The Bureau of Workers’ Compensation bill is slated for a vote by the Insurance and Financial Institutions Committee June 20th. The committee should strike the undocumented workers’ amendment.