Tell us your student debt story

Tell us your student debt story

Posted on 07/28/17 by Victoria Jackson in Education & Training

Ashley Monk faced tough choices after graduating from the University of Cincinnati — but not about what job to take or what city to live in. She had to choose between paying student loans and basics like electricity. 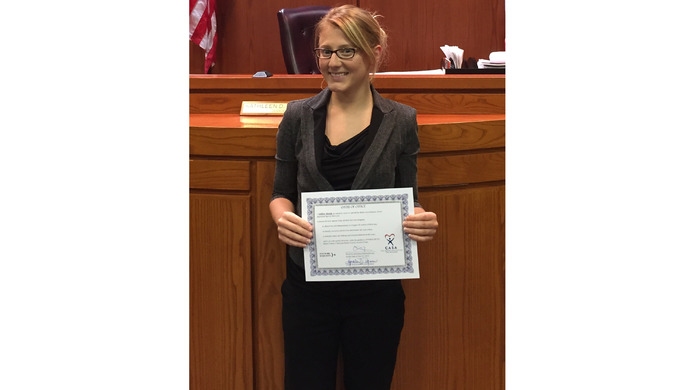 “There was a period of time when I lived in Fairfield where I couldn’t afford much of anything,” Ashley said. “I mean my electricity was going to be shut off completely. I was missing my credit card payments for items that were necessities. Really, I used the credit card a lot too when I was in college so it kind of became its own student loan…It [student loan payment] affected my ability to pay for necessities sometimes for sure. I ate at my job a lot to save money.”

Ashley is just one of more than 687,000 Ohioans who owe a combined $19 billion in federal student loan debt. In 2014, an estimated 42.2 percent of Ohioans with student debt couldn’t fully repay their loans due to financial difficulties or problematic loan terms. Twenty-seven percent were delinquent and 15.7 percent were in default. In order to pay their loans back, people like Ashley must traverse a dangerous climate of repayment scams and predatory loan servicers that could put them in even deeper holes.

Policy Matters Ohio and the Ohio Student Association believe Ohioans shouldn’t be saddled with student debt that forces them to choose between paying off student loans or paying for essentials, like Ashley did. That’s why we are joining forces to push for better protections for student borrowers.

We need to hear from you. Tell us your stories about paying off student loans. What do you think would help? What changes would you like to see?