Justice for all: continued funding for Legal Aid preserves a bedrock of democracy

Justice for all: continued funding for Legal Aid preserves a bedrock of democracy

As my wife, Nancy and I explore in our book, “False Justice: Eight Myths That Convict the Innocent,” misconceptions surround the American justice system. One of those myths is that everyone who goes to court has the right to be represented by a lawyer. Not so. 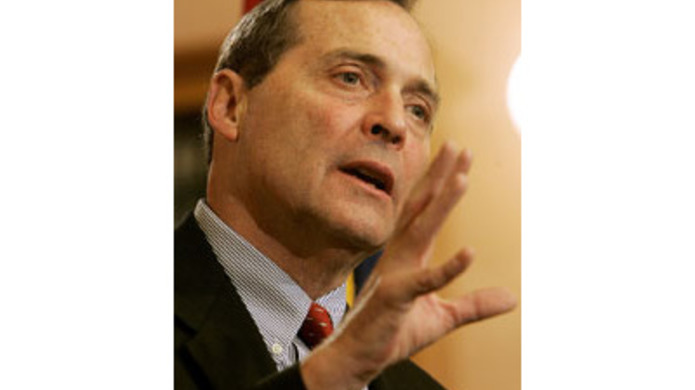 In non-criminal matters, representation in court is available only to those who can afford an attorney. To level the playing field in civil matters, and fulfill the promise of equal justice under the law, Congress created the Legal Services Corporation (LSC). The bill was signed into law by President Nixon in 1974. Creation of the LSC demonstrates bipartisan support for “a need to provide equal access to the system of justice in our Nation for individuals who seek redress of grievances…[and] provide high quality legal assistance to those who would otherwise be unable to afford adequate legal counsel…”

Unfortunately, equal access to justice and, as a result, the well-being of our most vulnerable neighbors, is under threat. In March, the current presidential administration released its budget blueprint that included a list of independent agencies for which the administration proposes complete elimination of federal funding. The LSC is on that list. Last month, the Senate Appropriations subcommittee with jurisdiction over the LSC approved a budget for fiscal year 2018 that maintained 2017 funding levels. Nevertheless, the LSC remains in a precarious position as the House, Senate and president hammer out next year’s federal budget.

Eliminating federal funding for the LSC would have disastrous consequences for Ohio. It provides, on average, a third of the funding for Ohio’s legal aid organizations, which serve all 88 Ohio counties. Legal aids provide legal information, advice and representation on civil matters for low-income Ohioans who lack resources to hire an attorney.

The impact of Ohio’s legal aids is astounding. They serve a total of 110,000 Ohioans annually, which includes about 5,200 veterans, about 5,700 victims of domestic violence and about 16,000 seniors. These are veterans who need help gaining the benefits earned by their services to our country; women who need protection from their abuser; and elder Ohioans who have been victimized by financial scammers. Legal aids also support 11 medical-legal partnerships with health care providers around the state, improving health outcomes for many of the nearly 45,000 children served in 2015.

Maintaining federal funding for civil legal aid through the LSC strengthens our communities and is good for the economy. Enabling a victim of domestic violence to escape an unsafe situation means fewer police runs, fewer nights in publicly-supported domestic violence shelter housing, and better chances for children to remain in school. Legal representation for a low-income homeowner helps that person keep their home and preserves property values for the entire neighborhood. Low-wage employees who have help with other kinds of civil legal problems miss less work and are less distracted while at work.

Civil legal aid also helps the civil justice system function more smoothly, which benefits all litigants. Cases move through the courts more quickly with fewer parties forced to represent themselves. Having disputes heard and decided in court maintains confidence in the courts and in the rule of law.

The prologue to “False Justice” begins with a quote from the late Attorney General Janet Reno: “Our system of criminal justice is best described as a search for truth.” The same is true for the civil justice system. Equal justice under the law, civil or criminal, is one of our most cherished bedrocks of democracy. Americans believe in justice for all, not just for those who can afford it and civil legal aid ensures everyone gets a fair shake, regardless of status or income. Its federal funding through the LSC must be maintained.