Under President Barack Obama, the U.S. Department of Labor planned to extend overtime protection to 12.5 million American workers, including 351,000 Ohioans, by updating the rule that exempts some salaried workers. Ohio was among a group of states that sidelined that effort with a lawsuit to block its implementation. Now the Eastern District of Texas Court has ruled against the DOL, and the department must decide whether to defend its authority and the rights of covered workers by appealing the verdict. The department should file the appeal. 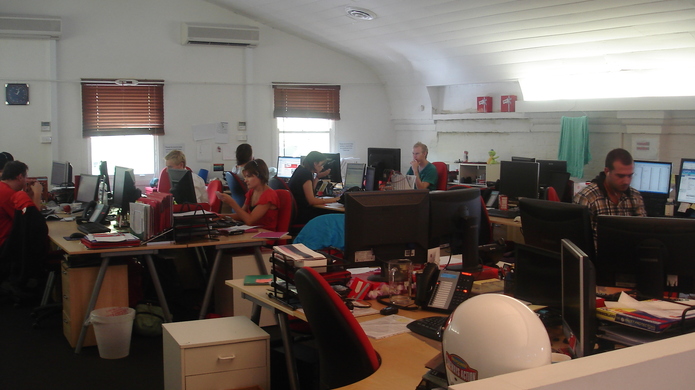 At risk is a rule that would have required employers to pay time and a half to salaried employees paid less than $47,476 a year if they work more than 40 hours in a week.

Some classes of workers are exempt from overtime compensation under the premise that they are highly paid and have substantial control over their own hours. Salaried workers can be covered based on either the earnings threshold or another measure known as the "duties test," that assesses the type of work they do. The duties test determines whether workers can be classified as certain types of white collar workers, including executive, professional, or administrative staff. Unfortunately, there is a lack of clarity about who counts, and even workers in these professional or management jobs may earn very low wages.

A rule change in 2004 exacerbated the problem by weakening the duties test. When it was established, the recommendation was that it include a salary threshold of $65,000, so that workers below that level were always protected, no duties test required. But that was never adopted. Instead the 2004 rule set the benchmark at just $23,440 and not indexed to inflation. Now, after years of inflation, that amount is below the poverty level for a family of four. Today the overtime salary threshold covers just 8 percent of salaried U.S. workers and 7.8 percent in Ohio.

Employers routinely misclassify modestly paid restaurant and retail workers as management so that they can demand excessive work hours from them without compensation. The 2004 change to the duties test made such misclassifications easier, and with just six wage and hour investigators for all of Ohio, proper classification of salaried workers is rarely enforced. The new rule provides a clear guideline for who must be covered.

The overtime threshold hasn't had a regular update since 1975 under President Ford. That year, the rule protected 61 percent of salaried U.S. workers. Its salary threshold was worth more than $57,000 in today’s dollars. Years of neglect allowed inflation to erode its value and the share of workers covered, and the 2004 rule failed to correct for that.

The adjustment planned by the Obama administration would recover just some of the lost ground. The imperiled new rule would directly benefit 23.3 percent of salaried workers in the nation, and 28.7 percent in Ohio. These are workers who earn less than the new threshold and are classified as executive, administrative, or professional workers. Under the rule, they would either get a raise, get compensated for extra hours worked, or get more time with their families.

It could also boost hiring. When workers must put in hours without pay, they are being forced to donate time to their employer. When employees work for free, employers have little incentive to hire new staff. The new overtime rule would both improve job quality and create new jobs.

The 1938 Fair Labor Standards Act created the DOL and gave it the authority to set overtime rules. After that, the DOL routinely updated the salary threshold until 1975, and then changed it along with the duties test in 2004. The District Court’s ruling contradicts nearly eight decades of precedent.

The question now is: under new leadership of President Trump appointee Alexander Acosta, will the DOL appeal the case? Filing an appeal is critical to defend the department and the U.S. workers it was established to protect. During the 2016 campaign, President Donald Trump told the nation that he would be the voice of America’s workers. To deliver on that promise, President Trump must direct the DOL to appeal the Eastern District verdict and defend the Final Rule on overtime.