Posted on 10/04/17 by Intern Writer in Privatization

Ohio privatized prison food service in 2013. Aramark, a company with an alarming track record of employment discrimination, labor and employment law violations, and health and safety violations, got the contract.

The Aramark tenure has been marked by problems already well documented in news accounts: maggots in food, staffing and food shortages, inappropriate relationships between staff and inmates and smuggling of contraband. The state fined the company. These issues have not gotten as much attention recently, but earlier this year, an Ohio Inspector General investigation found that Aramark overbilled the state by $57,000. 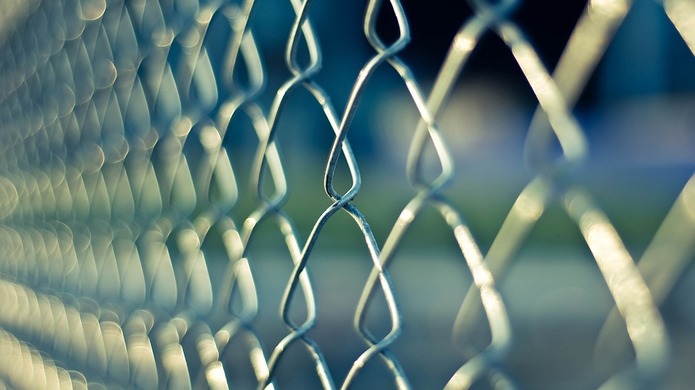 Despite the problems, and a lower bid from the Ohio Civil Service Employees Association (OCSEA), Ohio renewed the contract. OCSEA, the state’s union representing Ohio’s civil service employees, would have saved the state $6.3 million in fiscal year 2018 ($1.227/per meal vs. Aramark’s $1.352/meal) and $6.9 million in fiscal year 2019 ($1.255/meal vs. Aramark’s $1.393/meal), according to OCSEA and publicly available bid documents.

The company has a poor record of paying poverty wages. As of last May, Aramark had 1,587 employees who were paid so little that they or their families needed financial assistance to afford food – only 21 other employers in the state have a larger number of needy employees. This is according to data Policy Matters obtained from the state on the top 50 employers in Ohio with employees or family members using the Supplemental Nutrition Assistance Program (SNAP) or food stamps as of May 2016. The company plunged in the ranking between 2012 and 2016, with a 34 percent increase in the number of employees using SNAP. In 2012 Aramark had the 43rd most employees who used SNAP. By 2016, the company ranked 22nd. 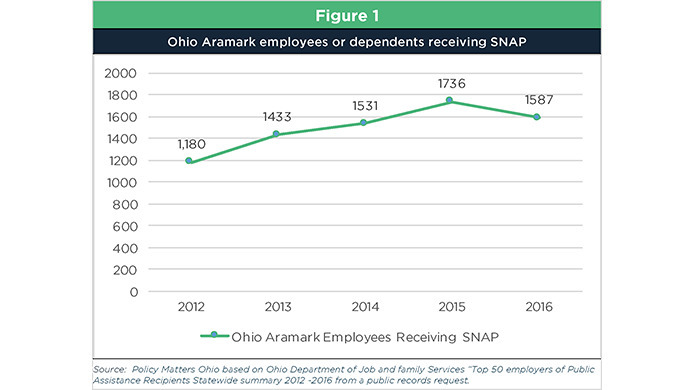 Aramark, with extensive business dealings in corrections, education, healthcare, sports and leisure, made $287.8 million in profits in the last fiscal year. Despite this, the company pays many of its workers minimum wage.

The data from ODJFS does not tell us whether all the Aramark employees who need food assistance work on the prison food-service contract. Some may work under laundry, other service contracts, or private contracts. However, it’s clear that many of Aramark’s low-wage workers provide goods or services to the State of Ohio. Low job quality costs Ohio in ways that don’t always factor into the decision to privatize public services. At a minimum, Ohio should require its contractors pay enough that workers can support a family without needing food aid. Raising the minimum wage would also improve compensation and might reduce SNAP enrollment.

People who are incarcerated must be fed safe and nutritious meals. Employees in our prison system must be fairly compensated and well trained. They deserve to make a living wage and be able feed their families. It’s time to end Ohio’s contract with Aramark and raise our standards for contractors.