Halloween is over, but Congressional Republicans are still trying to disguise gutting health care as tax "reform." If you had concerns about the many repeal and replace health care bills that failed earlier this year, then the Republic tax plan should terrify you. Both Senate Republicans and House Republicans have released different versions tax plans: both put Ohioans’ health care at risk, while rewarding corporations and the wealthiest Americans.

Congress has passed a budget resolution that aims to slash federal investments. The budget resolution is a plan, not a law, but it lays out a vision that impacts health care in two primary ways. First, the vision is for huge cuts in federal programs, particularly those in the area of health care. The 2018 budget resolution presented by Senate Republicans calls for $1.8 trillion in cuts to Medicaid and ACA subsidies over ten years. The plan also calls for a $473 billion reduction in Medicare. 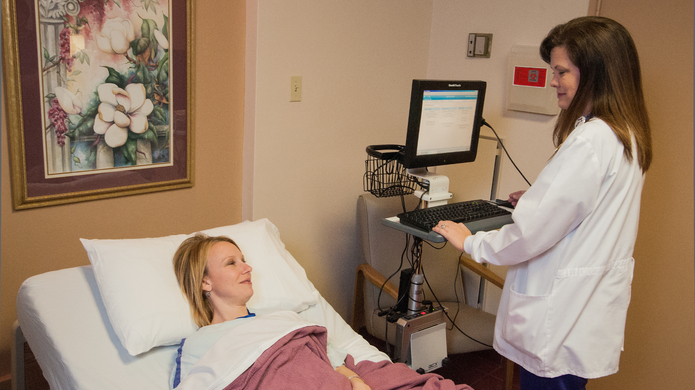 Second, the budget resolution also includes renewed reconciliation instructions, which allow the Senate to pass legislation with only 50 votes. This fast-track reconciliation process could allow the tax plan to whiz through without the kind of debate changes of this magnitude merit, and it would also allow the same fast-track process for a bill that cuts any program in the Finance Committee’s jurisdiction, including Medicaid and the Affordable Care Act (ACA). Senate Republicans have already argued that health care cuts are needed to address projected deficits, as the deficit can only increase by $1.5 trillion over 10 years. Congressional Republicans will be able to justify repealing the ACA and cutting Medicaid by pointing to the higher deficits that result from their tax plan.

The cuts envisioned by the budget resolution are approximately a 20 percent slash in health care funding, deeper than the cuts proposed by the failed Graham-Cassidy bill and the American Health Care Act (AHCA). Cuts these large will endanger programs that service Ohioans, including the 3 million covered by Medicaid and nearly 200,000 enrolled in the marketplace. Faced with such drastic cuts, the state will need to sacrifice the health and safety of its residents. Ohio would need to raise taxes sharply or impose draconian cuts to eligibility, benefits, and reimbursements to offset the loss of federal funds.

There are other ways the tax plan endangers health care for many people. President Trump has urged Congress to include in the tax plan itself a repeal of the ACA’s individual mandate, the requirement that most people enroll in coverage or pay a penalty. Senators have cautioned that the issue is being considered. Repealing the mandate would result in 15 million to 20 million more uninsured people nationally and could destabilize health insurance markets, leading to higher premiums and weakened coverage. Governors, health insurers, physicians, patient advocates, and experts have argued against repealing the individual mandate.

Further, the House bill eliminates the ability to deduct medical expenses above 10 percent of one’s income. This deduction is critically helpful for the small percentage of the population who use it: retired seniors and those with catastrophic illness. This penalizes seniors, in particular, due to the high costs associated long-term care. Many claim this deduction to help pay their way in a nursing home. The proposal by the House ironically could increase the number of seniors using taxpayer-funded coverage for long-term care through Medicaid, as they become unable to pay for care without the deduction.

Adding insult to injury, the largest share of the benefits from these tax reform bills will go directly to corporations and the wealthy. The most lavish tax cuts under go to households with incomes over $1 million. This gives an extra $400 billion in high-income tax cuts to the wealthiest, on top of the $1.5 trillion proposed in the Republican budget.

Attempts to implement these health care cuts were overwhelmingly rejected by the American public. The current approach makes the challenges to health care less clear, but the result would be the same: health care stripped from those who need it most. Realtors, homebuilders, small business owners, and the AARP have already lined up against proposed tax reform from Republicans. Contact your Senators and House members today to let them know you do not support repeal in replace masquerading as tax reform.