Posted on 11/22/17 by Hannah Halbert in Education & Training 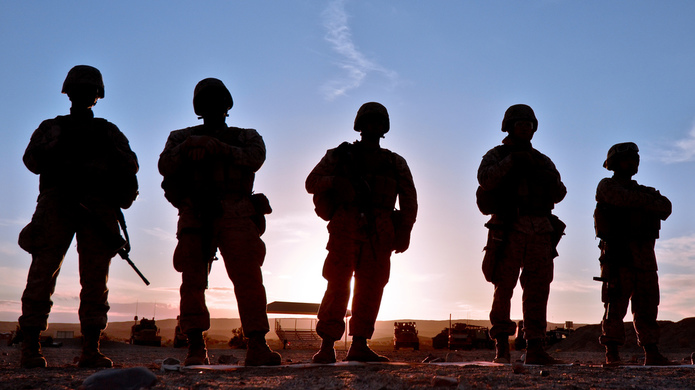 A loophole in federal regulations makes veterans especially tantalizing targets for proprietary colleges. For-profit schools can receive as much as 90 percent of their revenue from federal taxpayer sources. Exceeding this amount can disqualify the schools for federal student assistance funds. Education benefits from the Department of Veterans Affairs and Department of Defense are not counted in the federal limit. Targeting veterans allows some schools skirt the 90 percent rule and increase the share of revenue coming from public sources.

In pursuit of money from the federal government, for-profit schools have aggressively targeted Black workers stuck in the low-wage economy and military veterans; groups of people who have been largely shut out from traditional post-secondary education. Some schools have closed due to investigations into deceptive recruitment practices and research into the sector, including our own report on Ohio’s for-profit landscape, shows that many for-profit institutions, particularly those that operated by large, publicly traded corporations, are high-cost, low-return pathways to education. For-profit grads typically make less and have more debt than their public-school counterparts.

Estimates by the VA and DOD found that by counting the VA's Post 9/11 GI Bill benefits as federal aid, the number of schools receiving at least 90 percent of their revenue from federal education programs would jump from 17 to nearly 200. In other words, some for-profit career colleges rely heavily on veterans to make up the 10 percent revenue that keeps their doors open. This has led to blatant exploitation of veterans by for-profit career colleges. Six Ohio schools would have received 90 percent of their total revenue from federal sources:

Ohio further sweetens the pot by sending state revenue to for-profit career schools. In 2015-16, Ohio sent more than $7.3 million in financial aid to students at for-profit schools. Most of that spending ($6.3 million) was from the Ohio College Opportunity Grant (OCOG), the state’s only need-based student aid program. In 2016, the same year the corporation closed its campuses, the state sent more than $1.1 million in OCOG to ITT Tech. That is slightly more OCOG than the state’s entire community college system received in 2016. For-profit colleges got another $717,561 from state provided National Guard Scholarships. State grant and scholarship spending fell last academic year to $5.2 million, with the vast bulk ($4.3 million) coming from OCOG. Ninety-four students spent more than $538,000 in National Guard Scholarships at 17 for-profit colleges.

DeVry University received the bulk of Ohio’s National Guard scholarship dollars ($263,000). At the same time Ohio was sending financial aid to DeVry, the Federal Trade Commission sued the school for deceptive ads that mislead students about their job options and income after graduation. DeVry agreed to a $100 million settlement, with half going to harmed students and half going to student debt relief. DeVry students can learn more about their rights and potential claims through the FTC. According to the College ScoreCard, DeVry Ohio has a 39 percent graduation rate and only 35 percent of students return after their first year. Attending DeVry costs an average of $24,429 each year. The median salary 10 years after attending is $46,100, which is slightly higher than the national average. Typical graduates leave with more than $38,000 in debt, and only 35 percent of students have paid a single dollar of principal back within three years of graduating. The school is pricey, the majority of students do not return after their first year, and the minority that finish leave with substantial debt.

National and state financial aid serves as a powerful incentive drawing students into these risky investments. Permitting schools to skirt the 90 percent rule and collect higher shares of revenue from public sources by targeting students that receive state aid and military benefits, makes it more likely that these students will be sold on a risky investment. The already weak federal regulations are being striped by the DeVos Department of Education. Ohio should act to protect our students by strengthening state regulation and oversight of this sector. Ohio’s budget bill briefly included regulations on the sector, including a prohibition against using military insignia in advertisements and recruitment materials and additional protections for veterans enrolled in for-profits that close. Ohio should pass these rules, but the state should not stop there.

Ohio should do all it can to redirect state and federal funding away from low-performing for-profits and toward broadening access to our public institutions that provide career training. Additional funding could help community colleges and career techs expand hours, reduce student cost, and provide the supportive services like individualized mentoring students need to succeed.