New attack on Medicaid could erect barriers to care

New attack on Medicaid could erect barriers to care

This year, Congress has repeatedly tried and failed to repeal the Affordable Care Act (ACA) and Medicaid expansion. Despite these unsuccessful attempts, the Trump administration is taking new steps to restrict health care. Last week, the Centers for Medicare and Medicaid Services (CMS) signaled that it will allow states to impose work requirements for Medicaid enrollees and other changes that may strip Medicaid access from many Ohioans.

Medicaid’s services and requirements are defined in statute and in rule, both state and federal. The federal government allows certain rules to be waived if a state requests permission, and explains how waiving the rules will allow for testing of new service delivery approaches that may make the overall program work better. These allowances are called “waivers” and they may be granted under various parts of the federal law. Section 1115 waivers specifically are intended to give states the flexibility to test new approaches to Medicaid. Initially, waivers were meant to expand eligibility and access for low-income Americans, provide new services, or use innovative service delivery to improve care, increase efficiency, and reduce costs. As of 2017, 38 states had already used 1115 waivers for demonstration projects. 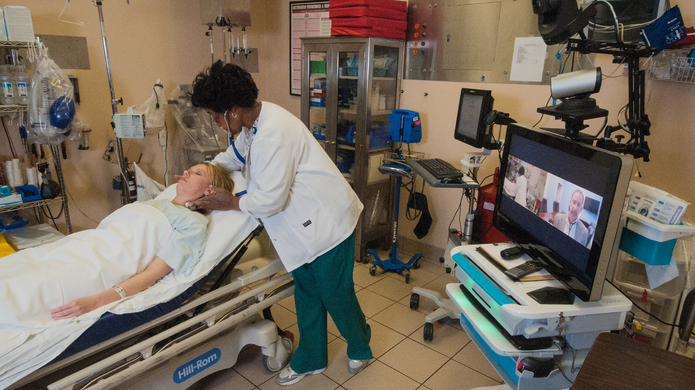 The recent statement by CMS shifts the goals of waivers from expanding Medicaid access and affordability, to “increasing efficiency” and reducing enrollment numbers. This paves the way for Section 1115 waivers to restrict access to Medicaid through work requirements or other deterrents. Eight states—Arizona, Arkansas, Indiana, Kentucky, Maine, New Hampshire, Utah, and Wisconsin—have already submitted requests to CMS seeking to require non-disabled Medicaid beneficiaries to engage in work or work-related activities as a condition of receiving coverage. States requesting work requirement waivers claim there are or will be positive outcomes from requiring Medicaid recipients to work.

Rather than providing gains, work requirements are likely to erect barriers to care and fail to increase employment because non-disabled adults covered by Medicaid are already working or meet other exemptions.

Studies of outcomes in the TANF work requirement programs reveal another warning for applying this mandate to Medicaid: enrollment will decline. Work requirements in TANF led to substantial losses in coverage; the number of families receiving TANF declined by 50 percent from 1997 to 2010, with some states experiencing declines of over 80 percent. These effects were more pronounced for states with stricter enforcement. States considering work requirements for Medicaid, including Kentucky, Indiana, and Maine, all project enrollment declines. Kentucky in particular estimates that 95,000 fewer people would be covered by the fifth year of its proposed waiver than under its current program.

Elected officials may believe that work requirements will lead to work that provides private coverage. But research on similar approaches in human service programs and studies by labor economists outline the fault lines in that rosy view. Rather, this plan is likely to harm those who are most vulnerable and who rely on services like Medicaid. Americans have already voiced their support for the ACA and Medicaid expansion several times in 2017. State-based waivers which expand punitive measures like work requirements are another way of attacking health coverage and going backward. The ACA and Medicaid dramatically increased the number and share of Ohioans who are insured and able to obtain health care. Ohio should continue to maximize eligibility.