No time for setbacks: Ohio must reverse zoning restrictions on wind infrastructure

No time for setbacks: Ohio must reverse zoning restrictions on wind infrastructure

As climate disasters wreak havoc across the globe, citizens and policy makers are recognizing the urgent need to build strong renewable energy infrastructure – but not without a few setbacks, especially here in Ohio.

Ohio leads the nation in wind turbine manufacturing, but since 2014, no new turbines have been built here. That year, the state legislature passed a set-back law that more than doubled the distance wind turbines must be built from a property line. Today Ohio’s setback rule of 1,125-feet from a property line is one of the strictest in the nation. The result has been an effective moratorium on wind energy in Ohio. While some were grandfathered in, no new wind turbines have met new setback criteria. But three bills moving through the Ohio Senate could roll back the harsh setbacks, and bring wind development back to Ohio—sending a clear signal that wind could play a significant role in Ohio’s energy markets. 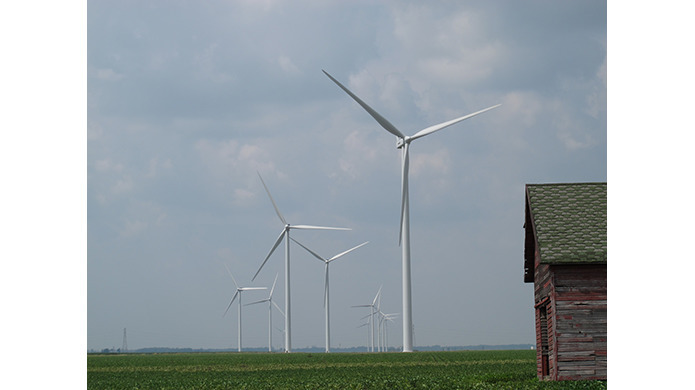 Senate Bill 184, introduced this August by Senator Michael Skindell, would return the setback rule to the pre-2014 measure from a home, not a property line, and restore the minimum to 1,125-feet. In September, former Senator Cliff Hite introduced a lesser measure – Senate Bill 188 — with a minimum setback distance of 1,225-feet away from the nearest home. Both bills are currently in the Senate Energy and Natural Resources Committee. In December, Senator Matt Dolan introduced Senate Bill 238, which is identical to Hite’s bill in order to pick up where Hite left off. All three would move Ohio in the right direction, but Hite’s and Dolan’s versions falls short of restoring our previous standard. The Legislature should pass SB 184. 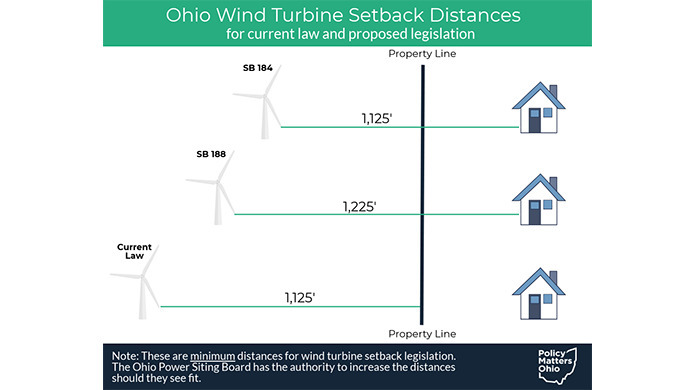 Passing this legislation would make Ohio healthier and more prosperous by reducing pollutants in the air, creating good green jobs, and sending a signal to the wind industry. Researchers at Carnegie Mellon University found that Ohio would benefit more from wind energy than most other states. Ohio generates 60 percent of its energy from coal, which emits pollutants that heat the planet and cause respiratory problems. Additionally, the wind industry creates living-wage jobs, especially for non-degree holders who make up 54.8 percent of Ohio’s workforce. The median annual income for wind turbine technicians in 2016 was $52,260, or $25.13 per hour. Ohio supports more than 2,000 direct and indirect wind-related jobs. If legislation allowed us to break ground on the 3,300 megawatts of approved, pending, and proposed wind projects, a study by the Wind Energy Foundation projects this would generate $4.2 billion in local economic activity, create 13,000 jobs and produce enough clean power for more than 900,000 Ohio homes.

Ohio has suppressed demand for wind energy through its strict setback legislation, but state support and investment in renewables is not a radical concept. California generated 29 percent of its energy from renewables in 2016, whereas Ohio generated 2.2 percent. Unlike Ohio, the California Legislature recognizes the important role renewables play in their energy markets and supports reasonable turbine setbacks.

The Ohio Legislature should pass SB 184 and let the wind industry know we are open for business. The health and prosperity of Ohio depends on it.