The clock is ticking for Congress to pass the Dream Act, which would protect immigrants brought to the United States as children. If they don’t act, Ohio’s economy could be harmed as thousands of young immigrants are forced off the books and into the shadows.

On September 5, the Trump Administration announced it would end DACA (Deferred Action for Childhood Arrivals), which grants immigrant youth temporary relief from deportation and gives them authorization to work lawfully. Trump passed the decision to a deeply divided Congress, saying protecting young immigrants is up to them. 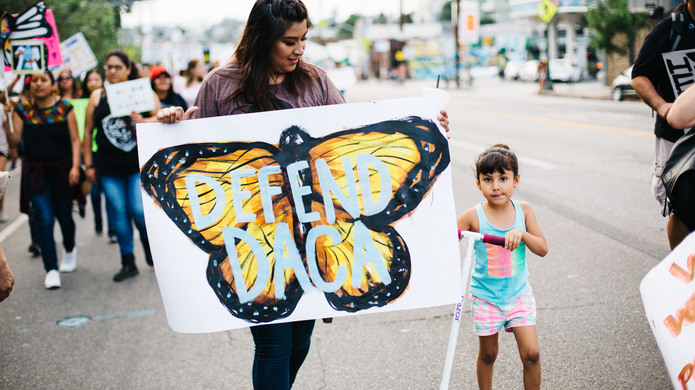 An estimated 10,000 Ohioans are eligible for the Dream Act. If Congress passes the bill, the state’s gross domestic product (GDP) would see a long-term annual increase of $92 million, according to the Center for American Progress. Ohio’s GDP could increase by more than $300 million every year if half the eligible Dreamers obtain permanent residence by getting either a 2-year or 4-year college degree. 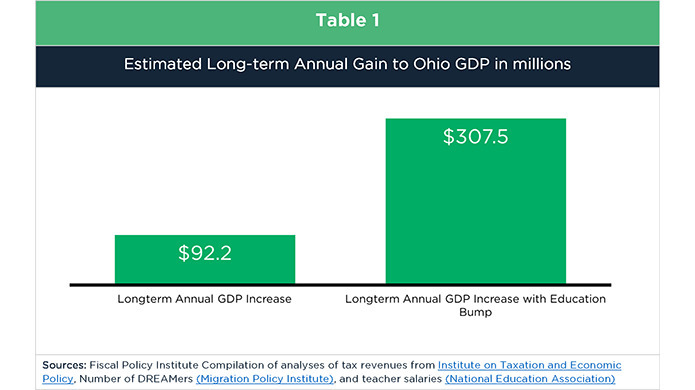 The 9,000 potentially DACA-eligible Ohioans (slightly fewer than those eligible for the Dream Act) contribute a total of $12 million to local and state taxes annually through sales and excise taxes, property taxes and income tax.

If DACA recipients stay in Ohio after losing work authorization they could earn lower wages and become less likely to file income tax returns. Without the Dream Act, Ohio can expect to lose at least $5 million in tax revenue, according to the Institute on Taxation and Economic Policy (ITEP).

Ohio would lose $12 million in tax revenue, if those eligible for DACA are deported — with additional costs to businesses and communities, according to ITEP. 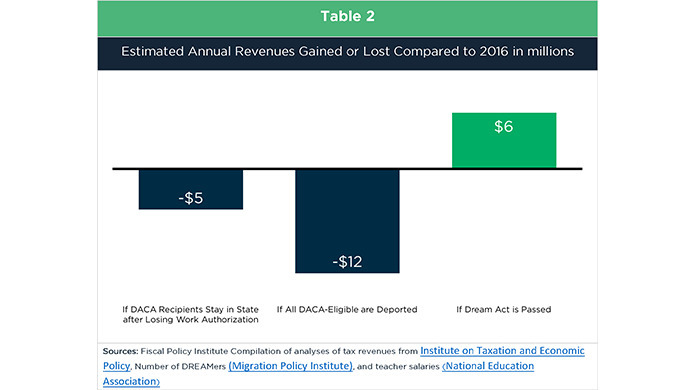 On the other hand, if Congress passes a Dream Act, these young immigrants would be granted work authorization and a pathway to citizenship. Immigrant youth would be more likely to advance in a real career, buy a home, or start a business. In that case, rather than a decrease, Ohio would conservatively see a $6 million increase in state and local taxes. At stake is $18 million, the difference between a $12 loss and a $6 million gain, according to ITEP.

Dreamers are members of our community, they attend our schools, play on our town’s youth sports leagues, join us at our houses of worship. They are our friends and neighbors. They have worked hard to establish their lives in this country. The Dream Act would make it possible for these young immigrants to continue their education, work to realize their potential, and contribute fully to Ohio.

We do not have much time. Please call your representative in Congress today and ask them to make sure passage of a Dream Act is included in the year end spending bill.

This blog is based on data compiled by our partners at the Fiscal Policy Institute and analyses of tax revenues from Institute on Taxation and Economic Policy, number of DREAMers from Migration Policy Institute, and teacher salaries from National Education Association.

Banning Muslims could mean a doctor shortage in Ohio
March 2, 2017