Posted on 01/02/18 by Guest Writer in Local Sustainability

“All political power is inherent in the people. Government is instituted for their equal protection and benefit … and no special privileges or immunities shall ever be granted…”

Those words are enshrined in the Ohio State Constitution. But many of our state policies actively violate them. For too long, Ohio has subsidized exurban communities and neglected central cities and their inner ring suburbs. Ohio policy holds aged cities responsible for decline they cannot prevent and regeneration they cannot achieve on their own. It limits urban revitalization and redevelopment while fostering construction in new exurban communities. It shifts property values from cities with declining populations to growing suburbs. This is not equal protection and looks a lot like special privilege. 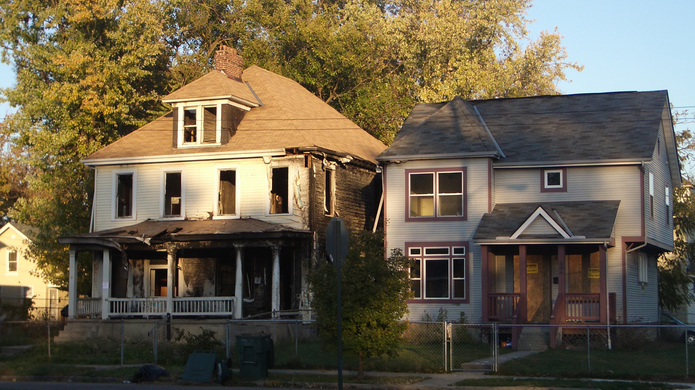 Foreclosured homes on Cleveland's east side. Photo by Louisa Thomson

Decades of bad policies at all levels have harmed our cities. Nationally, unfair trade pacts sent manufacturing jobs overseas. The state encourages sprawl by funding highway construction and ignoring the negative impacts on aged communities. It also endorses unconstrained housing construction in the countryside. Suburbs – often supported by the state -- offer tantalizing tax breaks to lure businesses to locate there. As a result. central cities like Cleveland, Akron and Dayton hollowed out. Now the first suburbs, built mainly before World War II and in the 1950s and 1960s, are also starting to slip.

Ohio is a home rule state, which means municipalities are self-governed and it’s easy for state policymakers to ignore the larger, structural factors at play. Many state policymakers tell cities: “it’s your problem, you fix it.” Suburban neighbors often don’t see how they bear any responsibility, either. “I don’t live in Cleveland; its condition has nothing to do with me,” many say. Cities across the state are engaged in Do-It-Yourself Survival.

Places with upper-income residents and ample tax base to finance maintenance, reconstruction and other services do well. Most communities, however, have nowhere near the tax base required to cope with nearly a century of wear, tear and obsolescence. As deterioration and decline spread, people move further and further away.

In Cleveland, civic leaders celebrate the growing population of young professionals downtown. But the dominant pattern of population movement in Ohio’s metropolitan areas is toward new and newer places, with growing distance from the old urban core. As people move, so does economic strength. Properties in new and developing locations gain value while properties in declining places lose it, some to the point of abandonment.

When state policymakers provide support for redevelopment in the urban core, such as with tax credits for the reuse of historic properties, it’s not out of constitutional obligation to protect cities and their residents equally, but because of political squeezing, jockeying, and bargaining. Cities and rural districts compete for resources according to their political muscle in a contest where the legislature is, on balance, weighted toward rural districts.

We can fix this problem. State and local policies can be improved to promote renewal and redevelopment of aging communities just as vigorously as they promote the development of new ones. We can adjust our state tax base. In the existing system, communities like older cities that need renewal and redevelopment cannot finance enough of what they must do in partnership with the private sector on their own. One solution is to use a small portion of regional tax-base growth to finance renewal and redevelopment wherever it is needed. Individual communities do not create economic development, regions do. Even new and growing communities rely on central cities. Would Strongsville exist without Cleveland? Would Boardman exist without Youngstown? Powell without Columbus? Separate a growing community from its region, and its growth will shrink if not stop altogether. For the sake of the state, we must rid ourselves of this zero-sum mentality and accept that the fate of Ohio’s rural, suburban and urban communities is bound together.

The case for growth sharing, using Northeast Ohio as an example, is presented in my recently published book: “Housing Dynamics in Northeast Ohio: Setting the Stage for Resurgence.” It can be purchased or downloaded (gratis). 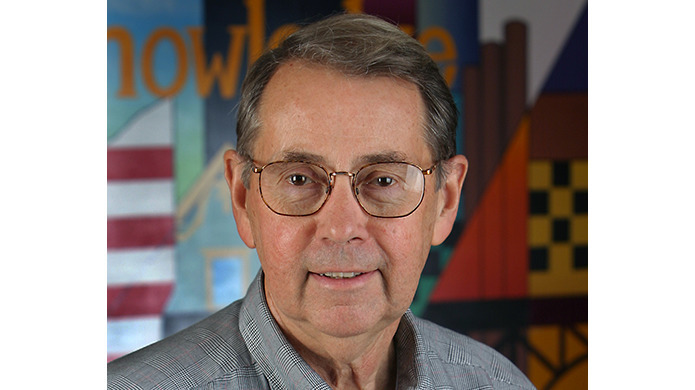