On November 27, 2017, White House Budget Director Mick Mulvaney showed up to his new job as Consumer Financial Protection Bureau Interim Director with a box of donuts. We all love donuts, but during the few months Mulvaney has been in office, his actions have begun to leave a sour taste in the mouths of American consumers. 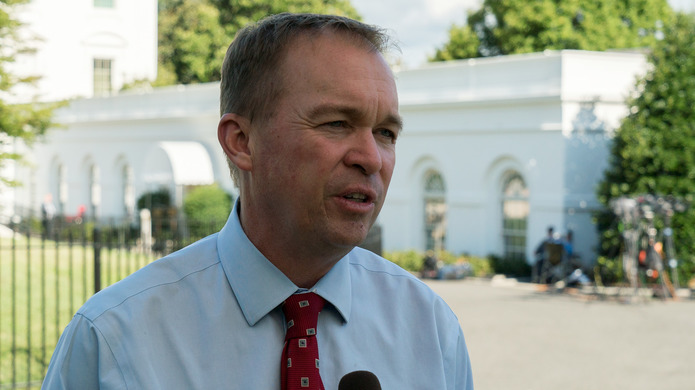 The CFPB has played a vital role in defending Americans from exploitation by financial institutions. After the great recession, American families needed a watchdog to keep Wall Street companies from stripping away their financial security. In six short years, the CFPB has returned nearly $12 billion to 29 million people through enforcement actions against companies engaged in deceitful and abusive practices. This work includes suing car financing companies that illegally charge African Americans more for auto loans, getting restitution for disabled veterans harmed by student loan servicers, and cracking down on Wells Fargo Bank for secretly opening accounts without permission.

Ohioans need a strong CFPB. According to their complaint database, the agency has received over 23,000 complaints from around the state seeking help with mortgage companies, credit reporting agencies and debt collectors. Over the past 10 years, state policymakers have eroded consumer protections by gutting the Ohio Consumer Sales Practices Act and allowing shady installment lending to expand.

With the departure of Director Richard Cordray, Mulvaney is reversing some of the agency’s biggest accomplishments. Instead of continuing to fight against the exploitative tactics of the financial services industry, he is putting consumers back in the crosshairs of Wall Street banks ready to strip them of their hard-earned money. The CFPB was created to protect American consumers. Under Mulvaney, its mission is shifting to protect the same companies the caused the Great Recession and brought us to the brink of economic collapse. In his short tenure, the agency has done the following:

Perhaps the most disturbing actions under Mulvaney, is the re-evaluation of the payday rule. For five years, the CFPB conducted research and analysis, held hearings around the country and reviewed over 1 million comments from advocates, financial companies and the general public. The agency announced the final rule last October. Less than three months later it’s being re-considered. This development is a slap in the face to everyone who engaged the CFPB in good faith and to all of the borrowers looking for relief from the regulations. While serving in Congress, Mulvaney was one of CFPB’s most committed opponents. That’s not surprising. In his last year in Congress, Mulvaney was among the 10 members who received the most campaign contributions from payday lenders.

Ohioans have been under the thumb of payday lenders for nearly 20 years. Despite passage of the 2008 Ohio Short-term Lending Act, we have the most expensive loans and one of the highest usage rates in the nation. Each year, Ohioans pay over $500 million in fees to payday and car-title lenders. While there have been efforts to rein in payday lending at the local and state levels, there is still a role for national regulation. The CFPB rule to regulate payday lending was the start of a much-needed effort to end the “debt trap.” Now it is being threatened.

As Mulvaney tries to unravel the work of the CFPB, it more important than ever that Americans raise their voices. Call the agency phone line at (855) 411-2372, submit public comments on widely used financial services products, and attend regional hearings and other agency events to share concerns. Don’t ever let the leadership of the agency forget that the “P” in CFPB stands for protection.

Tell us your student debt story
July 28, 2017
The Consumer Financial Protection Bureau has our back
April 6, 2017