There are just a few weeks left in the current state legislative session before a new General Assembly is sworn in and all pending legislation goes back to square one. Insiders call this a lame duck session, because some of the legislators voting on things won’t have to face the voters again. It’s during this time that we see some of the most extreme and dangerous proposals. 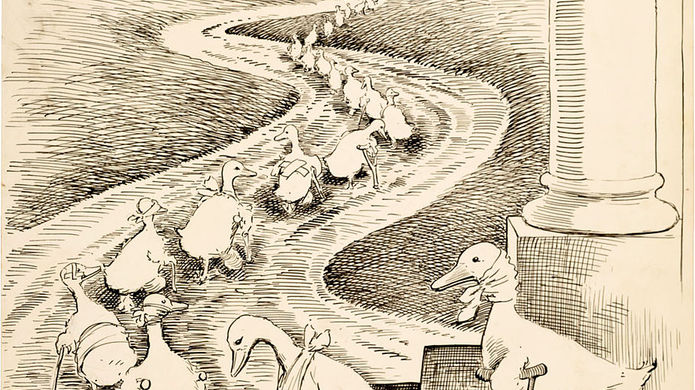 Bills that would limit collective bargaining rights and limit corporate franchise owner liability for wage, hour, and safety violations are already being heard in committee. Governor Kasich’s veto of SB 221, a bill that gives corporations extra power to influence and avoid regulation, was just overturned. The new law is so broad that corporations could issue new administrative challenges to any regulation that might reduce profits, such as charter school oversight or requiring tougher action to clean up chemical spills releases.

Lame duck is the season for state legislative overreach. Some politicians are trying to restrict the right of citizens to initiate ballot initiatives. The ballot is the policy lever of last resort for Ohio’s working people. HJR 5, a joint resolution filed in the House by Rep. Niraj Antani, would virtually eliminate the right of the people to put initiatives on the ballot by raising signature requirements so high they would be nearly impossible to meet. HJR 5, like a measure that failed to get consensus support during the legislature’s constitutional modernization process, has not been set for hearings, but could take on additional provisions and fly through the legislative process if political leadership makes it a priority.

Ohio politicians used the last lame duck session to move bills that threatened workers, consumers, state agencies and local governments. They passed the Petland bill, SB 331, which originally only overturned local ordinances regulating puppy mills, but morphed into a Frankenstein’s monster of a bill. The bill blocked local minimum wage laws; preempted all local efforts to improve wages, benefits or working conditions; and gave a fast pass for AT&T to install wireless telecom equipment in public spaces. SB 331 has been the subject of several legal challenges and its legal effect is still unclear. Four courts have invalidated the law as an unconstitutional overreach because it deals with too many unrelated subjects. Courts in Franklin, Hamilton and Cuyahoga counties struck all provisions related to workers and equipment installation, leaving only the puppy mill rules in those areas. A Lucas County court struck the entire legislation, and a court in Summit County upheld the law in its entirety. So the rules vary based on where you live and work. The Attorney General’s office is appealing the four decisions striking all or some of the law. The legislature passed a separate bill, HB 478, to extricate the telecom installation rules from the legal muck, though a Federal Communications Commission ruling since has preempted much that legislation. SB 331 demonstrates legislators’ willingness to overreach and enact anti-worker laws with little transparency or regard to the constitution in the waning days of December.

Ohio is fortunate that its citizens retain the power of statutory and constitutional change through the ballot and popular referendums. This right is expressly reserved for the people in the state constitution. In 1915, after two years of failed prohibition ballot initiatives, the legislature attempted to restrict the people’s right to put forward constitutional ballot initiatives. That measure failed. Additional requirements to qualify initiative petitions were rejected in 1939, and rules to let citizens challenge ballot language proposed by the legislature went through in 1974. When Ohioans get a chance to vote on restrictions to ballot access or legislative control of ballot language, they consistently vote for access.

There’s no crisis. Ohio voters have been decisive in supporting or voting down measures. Between 1913 and 2015 there were only 52 citizen initiative petitions on the ballot, 17 of which passed. Last year, Marsy’s law was enacted and overturned constitutional provisions related to victims’ rights. It originated and was overwhelmingly funded by a Californian businessman who supported similar efforts in other states, the same sort of outsider, big money effort some politicians are using as justify weakening Ohioans’ access to the ballot. Yet, many of the same folks were in support of this outsider effort. This ballot grab is not about process or constitutional purity.

It is irritating to some that Ohio’s constitution includes casino locations, but it is really nothing new. Business interests have a long history of using the ballot to carve out industries. Casinos and gambling have been subject of ballot initiatives since 1990. Most of the state’s early initiatives concerned prohibition and liquor sales. But ballot initiatives have also sent bonuses to veterans returning from Korea, Vietnam and other conflicts; removed racist language from the constitution; and even corrected that aforementioned casino location rule.

Ballot initiative restriction has little to do with protecting the people or the sanctity of the constitution. It is about eroding a valuable policy tool that is the people’s last check on legislative power. In 1958, Ohioans roundly rejected so-called-right-to work legislation. In 1994, voters protected Ohio’s worker compensation laws. Ohioans used the ballot to reset the state minimum wage in 2006 and index it to inflation. Because of this initiative the minimum wage will increase by 25 cents in 2019 to $8.55 an hour. Thanks to voters a full-time, year-round, minimum wage worker in Ohio will earn $2,704 more a year than they would have earned without the 2006 amendment. Without the power of the ballot, Ohio would have been stuck with the extreme anti-worker law, SB 5. That 2011 legislation would have effectively ended the right of public sector workers to join a union. Similar legislation was passed in Wisconsin, a state where citizens cannot use the ballot to overturn extremist legislation.

The Ohio constitution is a document created and amended by the will of Ohio’s people just as the state’s founders intended back in 1851:

All political power is inherent in the people. Government is instituted for their equal protection and benefit, and they have the right to alter, reform, or abolish the same, whenever they may deem it necessary; and no special privileges or immunities shall ever be granted, that may not be altered, revoked, or repealed by the general assembly. Ohio Constitution, Bill of Rights, Article 1, Section 2.

Policymakers counting on no one paying attention during lame-duck. And they figure when the next election comes around, voters won’t remember attacks on their political rights and workplace protections. Let’s remind them that we’re watching.