Federal workers at risk, but they’re not alone

Federal workers at risk, but they’re not alone

President Trump’s shutdown has thrown millions of lives into chaos and uncertainty. He told the nation the shutdown could last months or even years. Right now, the media is mainly focused on the 800,000 federal workers who are furloughed or working without pay, including more than 7,000 here in Ohio. From rocket scientists at NASA to the hardworking people who clean federal buildings, federal workers are the victims of political gamesmanship. Through no fault of their own, their household budgets could take a major hit. But the shutdown’s consequences could go much further. Many crucial services that rely on federal funding could simply stop. As the shutdown enters its third week, here is a sample of what’s at stake for Ohio.

Abused women and children are at risk: In 2017, more than 67,000 Ohioans reported being victims of domestic abuse, according to the attorney general’s office. Ohio has 67 domestic violence shelters that serve somewhere between 5,000 and 10,000 people at any given time and about 25,000 annually, according to Nancy Neylon, Executive Director of the Ohio Domestic Violence Network. If the shutdown continues, many of the women and children there could suddenly be homeless and potentially in grave danger. Domestic violence shelters across the country are funded by the Violence Against Women Act (VAWA) and the Victims of Crime Act Fund through the Department of Justice, which is now partially closed. Neylon says that by February, many of Ohio’s domestic violence programs will be “greatly reduced.” Ohio provides no state funding for domestic violence programs. Some shelters may be able to keep their doors open through reserves, local funding or lines of credit. Small shelters in rural areas don’t have as much access to these resources. Neylon said they could be especially harmed.

Renters could be out in the cold: Thanks to help from the federal government, more than 229,000 low-income households in Ohio could afford a place to live in 2016, according to the Center on Budget and Policy Priorities. The Department of Housing and Urban Development oversees these programs, which include public housing and rental assistance like Section 8. Ninety-five percent of its staff are furloughed and officials say they might not have the funding to continue rental assistance payments beyond February, according to the National Low Income Housing Coalition. Under its Project Based Rental Assistance program, HUD provides landlords with rent subsidies for people with low incomes. According to the Coalition on Housing and Homelessness in Ohio (COHHIO), rental assistance contracts for 77 Ohio properties with 2,000 units either expired in December or will expire in January or February. Zoom in on this map to see where they are located.

HUD also oversees safety and health inspections for properties that receive funding from the agency. Even if tenants can stay in their homes during the shutdown, they might have to live with hazards going unfixed.

Threats to aid for mothers and babies still loom: The Special Supplemental Nutrition Program for Women, Infants and Children (WIC), administered by the U.S. Department of Agriculture (USDA), helps pregnant and breastfeeding women, and kids up to five years old, get the nutrition they need. USDA staffing has already been temporarily cut by 95 percent, but the agency announced yesterday that it will be able to distribute benefits for most programs through February. To qualify, a family has to be at or below 185 percent of the poverty line (about $44,000 for a family of three). In 2016, 298,012 Ohio kids qualified for WIC. Last year, Ohio received more than $148 million for healthy food, iron-fortified formula, home visits, breastfeeding education and support and more. Thanks to the shutdown, the only funds available to WIC are those already distributed to states and local governments that administer the programs. Once that money runs out, which thankfully has not yet happened, the families who rely on those services will be denied this important assistance, despite the fact that WIC results in healthier infants, lower infant mortality, and better later school performance for children. 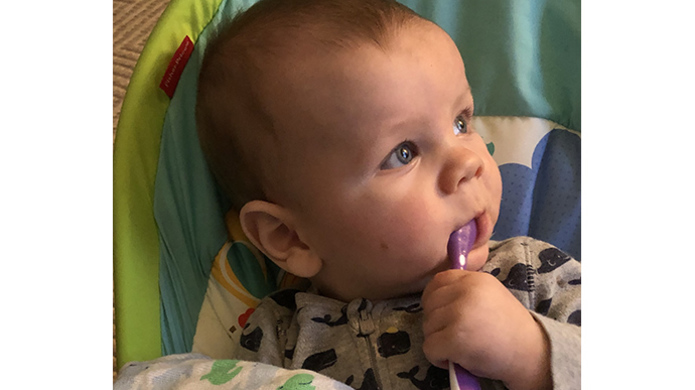 Ohioans could go hungry: The federal government helps more than 1.4 million Ohioans get enough to eat through the Supplemental Nutritional Assistance Program (SNAP), which is also administered by the USDA. As with WIC, USDA says it has enough funding to distribute food aid through February, but might run out in the unprecedented event that the shutdown extends beyond that. Additionally, the federal government funds county human service caseworkers to administer SNAP benefits, so if the shutdown keeps going, some of these folks could lose their jobs. Lisa Hamler-Fugitt, Executive Director of the Ohio Association of Foodbanks says her organization “stands ready to assist Ohioans in need,” but “the increased strain on the state’s (foodbank) network could be devastating.” SNAP provides “12 meals for every one meal provided through the emergency food assistance network of the Ohio Association of Foodbanks,” she said.

Sexual harassment is going unchecked: The Equal Employment Opportunity Commission is closed – just as more victims than ever are reporting sexual harassment. With the rise of the #MeToo movement, last year sexual harassment allegations increased by 12 percent. Last year the EEOC filed 66 harassment lawsuits, up 50 percent over 2017. We went to see just how many of those cases might be from Ohio, but when we search for data, we found this: 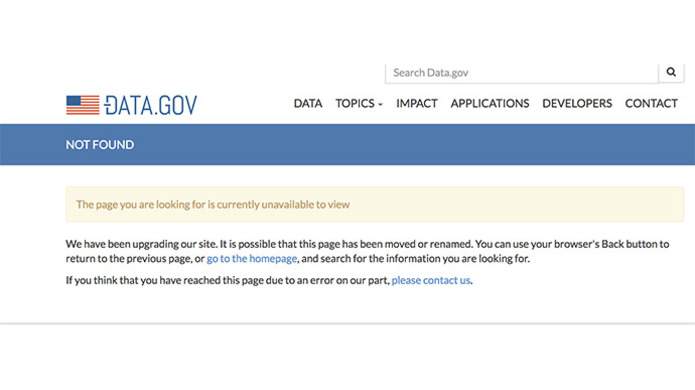 People who need to report workplace sexual harassment during the shutdown should visit the Ohio Civil Rights Commission.

Numbers are going uncrunched: Speaking of federal government data…we found similar messages when we checked the Bureau of Economic Analysis (BEA) and the Census Bureau websites. That data drives policy at the federal, state and local levels. It is foundational to the work we do at Policy Matters Ohio. It allows us to analyze job growth, poverty levels, racial demographics and more. Without that data, we couldn’t produce our annual State of Working Ohio, our monthly JobWatch reports or our slick new data page. We couldn’t produce fact sheets and interactive maps that let you see what’s going on in your community. Not being able to access the data we use to do our day-to-day work is frustrating (and means we all have less understanding of what government is doing), but it pales in comparison to the stress faced by many other Ohioans.

Most of the worst of the shutdown hasn’t yet done its full damage because food assistance programs and domestic violence shelters have reserves to extend operations and workers haven’t yet missed a paycheck. By Sunday, this would be the longest shutdown on record, paychecks will have been delayed, and some of the tougher consequences will become more evident. President Trump views the shutdown as a way to deliver on his promised border wall. For some Ohio families, it’s delivering pain and anxiety instead.