In the United States, questions of race and racism are almost always simmering just below the surface in every institution. The tension often boils over most dramatically in our criminal justice system, whether in black and brown communities or in the court room, where black defendants routinely receive harsher sentences than their white counterparts.

Martin Luther King Jr. knew this. On Easter 1958, he led a “prayer pilgrimage” in Montgomery, Alabama, to protest a young, black man’s death sentence for rape.

“Even if he were guilty, it is the severity and inequality of the penalty that constitutes the injustice,” King said. “Full grown white men committing comparable crimes against Negro girls are rare ever punished, and are never given the death penalty or even a life sentence. It was the severity of Jeremiah Reeves’s penalty that aroused the Negro community, not the question of his guilt or innocence.” 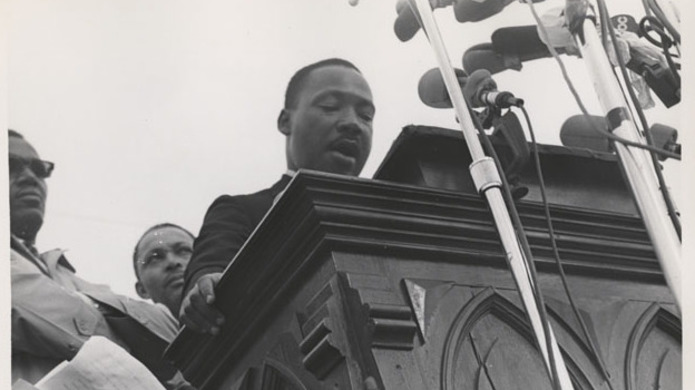 It’s hard not to look at Ohio’s prison population and conclude that similar things are still happening in our state today. In a state where black people make up only 12 percent of the population, 45 percent of those in prison are black.

At every point in the criminal justice system, black and Latino Ohioans are treated more severely. They are more likely to be stopped, arrested, charged, and sentenced than white Ohioans.

We also struggle in Ohio with structural factors that lock many people of color into poverty. Cities with large black populations around the country increasingly rely on fines, fees and citations to make up for reduced tax revenue from more equitable sources.

Many laws are also racist to begin with. It was a crime for a slave to escape bondage in the 19th Century. It was illegal for a black person to drink from a “whites only” water fountain in the Jim Crow South. From today’s standpoint, we can clearly see slavery, segregation and the laws that enshrined them were racist. We should think of the War on Drugs in the same way.

During the War on Drugs of the 1980s and ‘90s, federal, state and local governments adopted tough on crime drug laws with harsh mandatory minimum sentences, just as crack cocaine was ravaging black communities throughout the nation. Their enforcement was heavily skewed towards black people, Latinos and the poor – a practice that largely continues today. Prison populations across the country ballooned, including Ohio’s. Today the state spends more than $1.3 billion a year to keep nearly 50,000 people in prison, triple the 14,000 in Ohio prisons in 1980. Many are there for using drugs or violating probation. 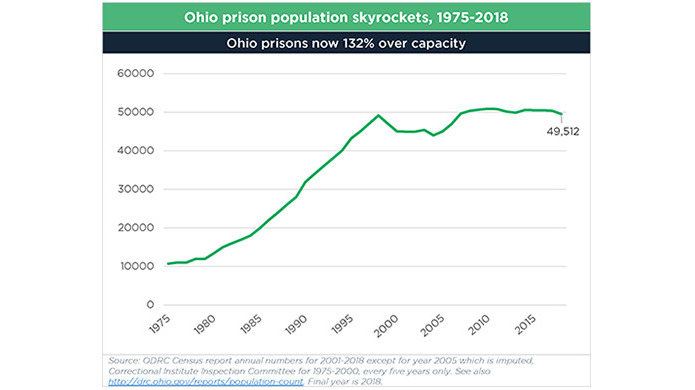 Last year, a community coalition raised funding and collected more than 700,000 signatures to put criminal justice reform on the statewide ballot. State Ballot Issue 1 would have helped Ohioans of all races by eliminating incarceration for some non-violent drug possession, preventing re-incarceration for people whose only new infraction is a probation violation that is not itself a crime, and improving Ohio’s earned credit system – the stingiest such system in the country. Shrinking the prison population would save money and Issue 1 would have redirected these savings to treatment, safety and victim recovery programs.

Issue 1 didn’t pass, but even those who opposed the measure agree that something has to change. Last year, Ohio Senate President Larry Obhof said he will introduce a bill that does some of what Issue 1 proposed – and there other proposals being advanced as well. It’s up to us to make sure it benefits all Ohioans and doesn’t perpetuate structural racism.

To make meaningful steps towards a more racially equitable criminal justice system the legislation must:

Today, there are many ways to honor Martin Luther King, Jr. I’d like to suggest one. Take action to make sure Ohio’s lawmakers keep racial equity at the center of any sentencing reform bill. Contact Senate President Obhof. Thank him for taking up the cause, but tell him you expect the legislation to take steps to address the racism that has pervaded Ohio’s criminal justice system for too long.