It helped keep the Crew in Columbus—workers need similar protection

What do Columbus soccer fans and Lordstown auto workers have in common? Both saw their local franchise threaten to pick up and leave. But Columbus soccer enthusiasts, partly with the help of a state law approved after Art Modell moved the Cleveland Browns to Baltimore, are keeping their team in town. Lordstown’s auto workers have no such protection, and await at best an uncertain fate.

Is Ohio as interested in protecting its workers as its pro sports franchises? The obvious answer: Extend protections of the Art Modell Law, so it helps preserve Ohio jobs beyond those of professional athletes and others employed by professional sports teams. While that will only help in some cases and provisions would need to be tweaked, it’s a safeguard that Ohio workers need.

After Modell sparked outrage in 1995 with his move of the Browns, state legislators passed a law trying to protect against the hijacking of sports teams. The law, Section 9.67 of the Ohio Revised Code, calls for sports team owners who use a tax-supported facility and receive financial assistance from the state or locality to either get agreement from their home town to play most home games elsewhere, or give six months’ notice of their intention to move and allow locals a chance to buy the team.

After the operator of the Columbus Crew indicated in 2017 that the team might move to Texas, then Attorney General Mike DeWine sent him a letter invoking the law and later joined the City of Columbus in filing a suit based on it. They outlined how the owners had received a variety of state and local financial support, ranging from $5 million for parking improvements and a property tax exemption to extending a road as well as moving water and sewer lines for Mapfre Stadium, where the Crew plays. The Art Modell Law, they said, should be enforced. 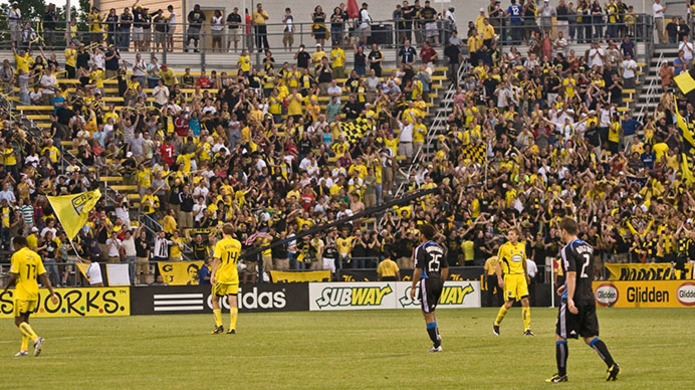 Last May, the judge in the case ordered a 90-day pause on the proceedings and set up a process to facilitate negotiations to explore a settlement. In December, he refused to dismiss the suit.

Observers credit the lawsuit for slowing down the move. Ultimately, current Browns owner Jimmy Haslam joined with the Edwards family in Columbus and arranged to buy the team, The suit was dismissed when the sale was imminent, but even while it was pending and the Crew’s location remained uncertain, Major League Soccer awarded a new expansion team in Cincinnati. The existence of the Art Modell Law did not scare off the league – illustrating that providing worker and community protections is not necessarily the obstacle to business investment that is sometimes claimed.

GM, of course, has received tens of millions of dollars in tax incentives for its Lordstown assembly plant. Besides these incentives and other grants, the state spent $11.2 million and built two Ohio Turnpike exits for the plant. Yet Ohio does not make the same demands on GM that it does on a sports team owner. 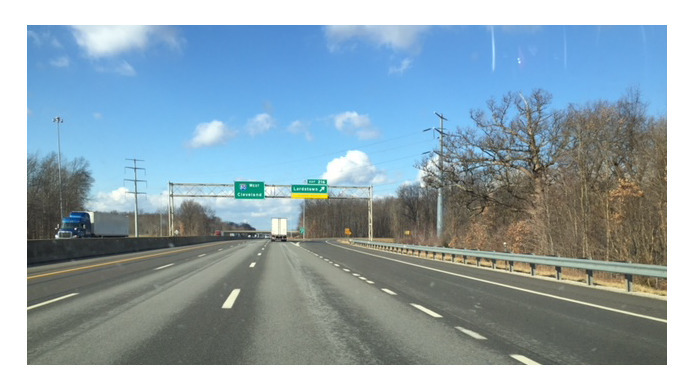 The federal Worker Adjustment Retraining Notification (WARN) Act, sponsored by Ohio’s U.S. Senator Howard Metzenbaum and approved in 1988, does provide some notice of major layoffs. In fact, besides GM itself, two Lordstown suppliers have already filed layoff notices under the act—that’s how we know about them. However, this protection is too weak. It requires just 60 days’ notice, and applies only to employers with at least 100 employees when a third of their workforce totaling at least 50 workers is affected, or those with over 500 workers.

Important as it is, the bill was watered down from earlier versions and previous such bills. They called for between 90 and 180 days’ notice, would have required employers to consult with the union (or employees if no union were present) to try and find a way to avoid or modify the layoff, and to provide business information that could be relevant to that consulting process. Sen. Sherrod Brown has previously introduced a bill that would reduce the threshold to employers with 75 or more employees, increase the notice to 90 days, increase the employee back pay penalty for employers violating the law, and require the labor secretary to investigate employee complaints (and seek back pay and damages in court). Laws in a number of other states call for notice to be provided at smaller firms than the WARN Act does and for lower numbers of- layoffs. New York State requires 90 days’ notice. Several states have provisions for severance pay, as well as penalties if the law isn’t followed. When closures do occur, prior notice can make adjustment for workers and communities smoother. Ohio should build on the Art Modell Law to provide broader protections to workers who are affected by mass layoffs.

Providing more notice, possible talks with Lordstown officials and allowing locals a chance to buy the plant might not keep GM operating there. But it could well allow more workers at affected suppliers to retain their jobs, and it would apply in future closure announcements where additional notice might allow for other solutions in mass layoff situations.