Being there: How progressive policy lets fathers be dads

Being there: How progressive policy lets fathers be dads

In my home, Father’s Day is a time for reflection. Typically, it falls just after school lets out and my daughter leaves to spend time with family in Arkansas. We FaceTime, I get a nice brunch and then I think about our time together. I think about how to measure being a good father and while I don’t have that completely figured out, I think of it as a balance between helping meet my child’s financial needs and being there to spend as much time as I can throughout her life. 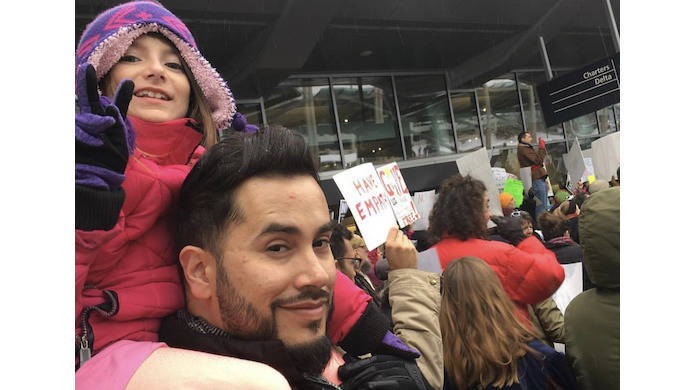 Whether we realize it or not, government policies shape our ability, as dads, to care for our kids. If we don’t have the ability to take time off when a new baby is born, that could hurt our ability to bond with our babies. If we work two or three jobs just to make ends meet, that means no time for trips to the park or riding bikes. Two policies that could really help with both of these things: targeted tax credits and paid family leave.

The federal Earned Income Tax Credit (EITC) is our most powerful anti-poverty program. It boosts incomes for working people with a tax credit based on family size and income earned through work.

Ohio’s Senator Sherrod Brown would like to improve this tax credit. He proposed The Working Families Tax Relief Act to expand the refundability of the Child Tax Credit (CTC) and the federal EITC. Our friends at the Center on Budget and Policy Priorities found that, “The proposal’s EITC and CTC expansions — combined with overdue legislation to raise the minimum wage, provide paid family and medical leave, and other such policies — would help address the long-term wage stagnation that has affected households from all racial and ethnic backgrounds that earn low or modest wages.” This bill would offer a large expansion of the EITC for childless adults, which is how many fathers who are non-custodial parents are classified. This would help 114 million Americans in 46 million households and would boost incomes of an estimated 24 million white families, 9 million Latino families, 8 million black families, and 2 million Asian American families.

Ohio lawmakers created a state EITC in 2013 and just this year they increased it from 10% to 30% of the federal credit. This was an important step. But the credit would work much better if it was modernized to be more similar to the credit in almost every other state that has one by making our state EITC refundable. Refundability is important because it gives families the full value of their credit and it helps low income families meet their basic needs. A nonrefundable credit does little for the poorest families. Right now, we can strengthen Ohio’s EITC by adding a 10% refundable option to the new credit and allow filers to choose whichever is greater. This would benefit 379,200 income tax filers in Ohio who work in the state’s lowest-paying jobs.

In addition to helping families earn more, we need to make it easier for parents to be with children at crucial moments. Almost every country offers more paid family leave than the United States does. But improving paid family leave is gaining bipartisan support and increasingly is seen as a top legislative priority in many states. Some fathers would also like to see changes to policies that place the burden of child care overwhelmingly on women. Paid parental leave is often administered in a way that reinforces gender-biased roles for parents. An Ohio man recently reached a settlement in a class-action case against JPMorgan Chase, whose parental leave policy assumed mothers were primary caregivers except in special circumstances. The company has agreed to clarify its policy, and compensate fathers who were improperly denied leave.

Wins like this help fathers do their job as caregivers. We can do more to secure paid family leave for all mothers and fathers. In many jobs, paid time off is not an option. In the United States just 14% of civilian workers have access to paid family leave, and while 88% can access unpaid family leave due to the Family and Medical Leave Act, a lot of working families just can’t afford to take unpaid time off. If employer policies don’t help workers be there for their families, public policy should step in. Ohio should join the ranks of California, Rhode Island, New York, New Jersey, Washington, Massachusetts and Washington, D.C. by passing legislation to offer some form of paid family leave.

As Father’s Day approaches, let’s think about the reasons some working fathers struggle to show up. Let’s acknowledge that we make it far too hard for many parents, both fathers and mothers, to get by on low wages. I challenge us to fight for policies that provide families with more robust resources and set up more dads to be there from day one. I challenge us all to take on the cultural attitudes that keep expectations low for fathers and to change the policies that reinforce that thinking. Let’s make our EITC refundable and stronger, while supporting families with paid time off. Children who form an early bond with both parents are off to a good start and policies that help make that happen are smart.