Celebrate Juneteenth by continuing to fight for racial justice

Celebrate Juneteenth by continuing to fight for racial justice

Today, on Juneteenth, we commemorate the end of slavery in the United States. Slavery was more than cruel, inhumane and barbaric, it was the foundation of an economic system, culture, and legal system. It has touched every aspect of life in the United States. So it’s no wonder that 154 years after the first Juneteenth, its insidious legacy looms large in Black communities across the nation. As a child, I saw the War on Drugs play out in my neighborhood, locking up neighbors and ripping apart families. Today I know that a racist criminal justice system picked up where slavery, “the black codes,” and Jim Crow left off. Slavery will not fully be abolished until we extricate it completely from all of our institutions. 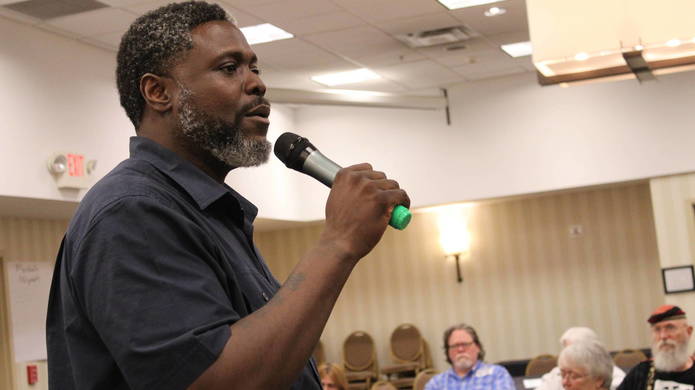 damareo cooper speaking at an event for the Ohio Organizing Collaborative

Many history books teach us that slavery ended when President Lincoln signed the Emancipation Proclamation on January 1st, 1863. The proclamation was a bold strategic move to win the Civil War and to keep the union together. It gave the North a great advantage by freeing close to 4 million incarcerated people from a life sentence of bondage. More than two years later, on June 19, 1865, word of the decision reached enslaved people in Galveston, Texas. They took to the streets in celebration. Today, we use this day to celebrate the freedom of a people who had been kidnapped, abused and enslaved for the previous 244 years. This began the healing process for a country that has struggled to come to terms with what many call its original sin: the practice of reducing people of African descent to the status of “human property,” denying them the protection of the law, and effectively making them into a commodity to be traded and sold.

Slavery did not end with the Emancipation Proclamation, which only applied to Confederate states that were in active rebellion against the Union. Slavery in the United States actually ended after the Civil War when Congress ratified the 13th Amendment to the Constitution on January 31, 1865. The amendment stated that:

“Neither slavery nor involuntary servitude, except as a punishment for crime whereof the party shall have been duly convicted, shall exist within the United States, or any place subject to their jurisdiction.”

As with the Emancipation Proclamation, there was a catch: The “except as a punishment for crime” clause has had a deep and critical impact on the newly freed people and their descendants. It would ensure that slavery would continue to stain America’s social fabric for generations to come.

The core principles of the slavery system - incarceration (controlling the ability to move about freely) and exploitation - became the primary ways we punish the “duly convicted” in the United States. With anti-Black racism still festering deep within the nation’s soul, leaders created laws explicitly to criminalize Black people. In the name of “law and order,” Black communities found themselves over-policed and targeted, arrested and left to face a racist court system. The clauses “except as a punishment for crime” and “duly convicted” have held many Black communities under the constant threat of breaking “laws” some of which were created specifically for them.

Following the passage of the 13th amendment the “black codes” were developed as a way to systematically re-enslave (restrict movement and exploit) Black people. By making learning to read, assembling without the presence of a white man, or not having a job, a criminal offense. Eventually “black codes” morphed into Jim Crow laws, which became the foundation of segregation restricting the movement, and legalizing the economic exploitation of African-Americans.

The policies crafted in secret rooms by powerful people play out in the lives of real American families - like mine. In 1970, my 20-year-old father was run out of Union Springs, Ala. after a confrontation with a Klan member’s son. That night, he was rushed out of town in the trunk of a car for fear of his life. His mother and everyone in his community knew his life was not protected by the laws of this land. He didn’t have access to basic civil and human rights. My maternal grandmother, from a sharecropping family in Newport, Tenn., followed her brother from Newport to Akron to escape sharecropping, avoid the racial and economic violence of the south, and so he could find a job in the rubber industry. These are two personal examples of why 6 million Black people moved to northern states to escape economic exploitation and threat of physical violence.

They were all part of the “Great Migration” of African Americans moving north for jobs and economic opportunity, and for many decades they found it. Although often relegated to the hardest and most dangerous jobs in factories, many Black people were making enough to take care of their families’ basic needs. By the 1980s, though, factories were shutting down and the second and third generation of southern migrants were living in cities in decline. 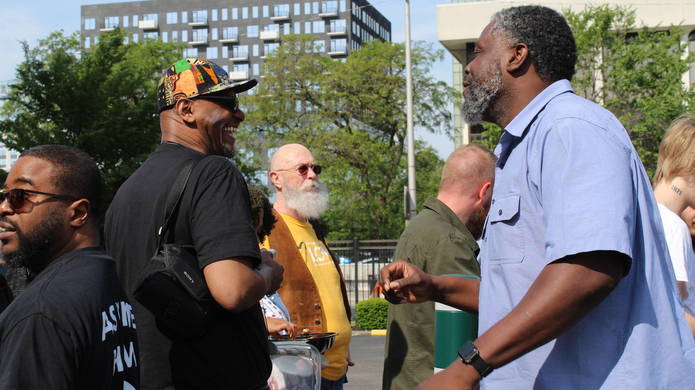 I was born in 1979 and grew up in the ’80s when the crack crisis was beginning. We lived in the Elizabeth Park Housing Projects, where my friends and I saw first-hand the impact of disappearing jobs and growing access to drugs - particularly crack cocaine. The economy wasn’t working for working people, factory jobs were leaving the country for cheaper labor abroad. People were trying to figure out what they were going to do in what would eventually be called the service economy. Some turned to drugs to deal with the new reality of their lives, others used drugs as a way to make money taking care of themselves and their families. Starting as a party drug, most didn't know how addictive crack was in the beginning. In the end, many lives were destroyed through both addiction and arrest and the growing mass incarceration that followed.

To this day the drug war continues as a campaign that targets and incarcerates a disproportionate share of Black people, and is now devastating white communities as well.

After the Civil Rights and Black Liberation movements which won many new protections for Black Americans, the same principles of slavery were transformed into the solution for a classist and racist “war on drugs”, also experienced as a war on Black people and poor communities.

Living in the rubber capital of the world, I'm sure many thought they would grow up and get a job at one of the local rubber plants, but during the ‘80s those jobs had begun to be shipped to countries with lower wages and fewer environmental restrictions. At the same time, the Reagan Administration slashed resources to urban communities for jobs, schools and safety net programs. The administration focused instead on tax cuts to the wealthiest and deregulating the financial industry.

The “War on Drugs,” a campaign started by the Nixon administration directed at and targeting “hippies” and Black communities, was operationalized by the Reagan and Bush administrations and exacerbated by the Clinton administration’s ‘94 crime bill. As former Nixon aide John Ehrlichman said:

“We couldn't make it illegal to be either against the war or Blacks, but by getting the public to associate the hippies with marijuana and Blacks with heroin. And then criminalizing both heavily, we could disrupt those communities. We could arrest their leaders, raid their homes, break up their meetings, and vilify them night after night on the evening news. Did we know we were lying about the drugs? Of course, we did."

The drug war dealt a crushing blow to Black and low-income communities and contributed to a 500% increase in the prison population over the last 40 years. It also creates barriers to movement and allows the legal exploitation of human beings. Utilizing the “except duly convicted” clause in the 13th Amendment, Black communities are unduly targeted and many have been relegated to a condition that prevents them from receiving the full benefits and rights of a citizen. When returning home, formerly incarcerated and convicted people encounter barriers to reentering society.

Remnants of slavery persist in the United States through the systemic incarceration of poor people particularly the descendants of those whom the Emancipation Proclamation was supposed to free. Because many citizens who were formerly incarcerated or convicted are subject to the exception rule in the 13th Amendment, they can’t secure the fundamental rights to vote, or have housing, education, or meaningful work.

Juneteenth gives us a chance to remember this history and remember that we are still on the journey to liberate a people whose ancestors were once subjected to the most heinous of social conditions. The job isn’t done. We should celebrate the moral enlightenment of the 16th President (tactical decision or not). We have to work to continue to ensure that wrongs are made right and that human rights are given to all who would call themselves American.

At publication, in 2019, damareo cooper was the Executive Director of the Ohio Organizing Collaborative. Today, he is the National Organizing Director for BlackPAC, an independent, Black-led organization that uses the power of year-round political engagement and elections to change our economic, justice and political systems.