Public higher education prepares people for careers and helps them pursue their dreams. Because of legal racial segregation, African Americans were barred from attending higher education institutions until the middle of the 20th century. Historically Black Colleges and Universities (HBCUs) were established to enable African Americans to pursue college degrees. Today, there are 107 HBCUs in the United States. They are pillars of the black community and provide access to higher education for thousands of black students. 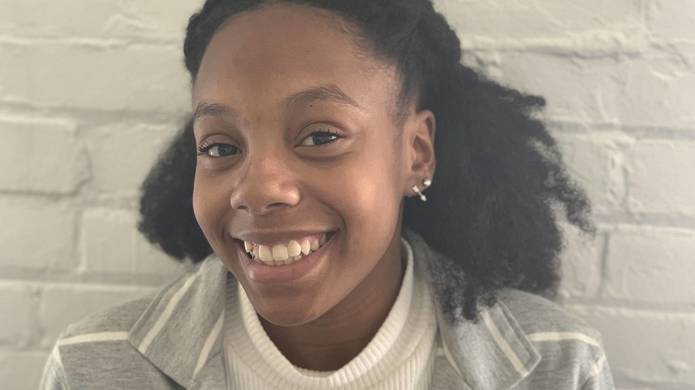 Nya Christian was a summer intern with Policy Matters. She will begin her freshman year at Howard Univeristy this fall.

Many HBCUs were established after the Civil War under the Second Morrill Act in 1890, which required states with segregated higher education systems to provide land grants to establish and grow black colleges and universities. By 1953 more than 32,000 students were enrolled in private HBCUs like Howard, Morehouse and Spelman, and more than 43,000 were undergraduates at public HBCUs, along with 3,200 graduate students.

Even with the 1954 Brown v. Board of Education decision, which outlawed racial segregation in schools, HBCUs remained crucial. Many majority-white schools were hostile to black students, and historically black schools often provided a more welcoming environment. As recently as the 2016-2017 academic year, HBCUs granted an estimated 49,500 degrees, 74% of them to black students. HBCUs produce 20% of all African American college graduates, and 25% of all black graduates in science, technology, engineering and math.

Statistics demonstrate the educational value of HBCU but provide little insight to their more personal advantages. This fall, I will attend Howard University. I chose an HBCU, not only for the prestigious education, but also for the experience. This is a chance to be surrounded by people who represent different versions of myself, but also inspire me to immerse myself in different cultures.

One of my closest friends, Daja Lee, is a rising junior at Central State University, an Ohio HBCU. Daja explained her choice in an e-mail: “I love HBCUs because of the emphasis on culture and the love within the African American community,” she wrote. “I chose Central State University because of the family-oriented environment, the ease of building relationships with faculty, the affordable tuition, the endless opportunity provided within my major, and my band family! I LOVE MY HBCU!”

Daja describes some of the many reasons for the public sector to support these campuses. Federal and state governments fund public higher education in majority-white institutions, and they do the same for HBCUs. This increases college completion for students of all races. Despite the unique history of HBCUs and their critical educational role, funding for HBCUs has declined in recent years. In Ohio, Central State receives a subsidy, which contributes to lower tuition relative to other universities. Tuition is also lower at Central State because it is a land grant, public, access-oriented college.

The Ohio College Opportunity Grant, Ohio’s only need-based aid, helps hundreds of thousands of students attend college. But flaws in OCOG policy result in Central State students getting smaller OCOG awards than their peers at predominately white public universities. Grant awards are based on a formula that harms students at community colleges, regional campuses, and Central State. Central State students, 94% of whom are black, are only eligible to receive a maximum of $252 in aid while other Ohio public school students can receive $1,500. This is largely because tuition is lower, a good thing, but as Policy Matters has documented, for students from working class backgrounds, tuition is not the only cost.

Many HBCU students have to take out large loans to pay for school. Nationally 54% of young black families have student loan debt compared to 39% of young white households. This contributes to America’s wealth gap. Even after college, black workers make less than their white counterparts. A 2015 report found that a black family headed by someone with a bachelor’s degree had 33% less wealth on average than a white family headed by someone without a high school diploma. As school costs increase, so will the wealth gap. This is why funding for HBCUs is so important.

The expense of HBCUs drives many black students to choose community colleges, which on average don’t result in equal job opportunities. Better support for HBCUs and for financial aid within them can make more educational options a reality.

HBCUs offer a unique community, powerful role models, and helpful guidance. The family aspect of HBCUs can help students succeed. I’m looking forward to a sense of connection to my peers and teachers because they share similar life experiences.

Established to enrich lives of black people who were excluded from other schools, HBCUs support black culture and produce many accomplished alumni. They remain an essential way to uplift African Americans. Attending an HBCU can completely change a young person’s life.

There are many good ways for students to get higher education. Ohio should continue to work to make HBCUs available to students who want that approach. This will allow young people to make choices based on what they truly want, not just on what they can afford.