It can be tough to budget for groceries, bills, and unexpected emergencies without knowing how many hours you’ll work each week. Unfortunately, many of Ohio’s lowest-paid workers grapple with erratic and unpredictable work schedules. There is a solution. House Bill 216 puts important protections in place to bring stability to the lives of Ohio’s working people. 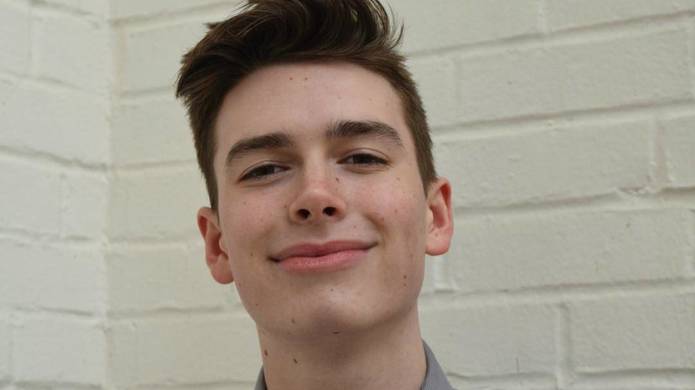 The bill’s protections apply to employees of stores with at least 20 Ohio employees and at least 20 worldwide locations, restaurants (including franchises) with at least 500 employees worldwide, and property service contractors. It would require these employers to provide employees with a written work schedule at least 14 days in advance. If a shift is altered with less than 14 days’ notice, the employer has to compensate that employee with one to four hours of wages on top of their normal paycheck—depending on how last-second the change is and how long the shift is. The bill sets up a similar compensation system for employees stuck on call but never actually called in. These protections—among others in the bill—are a step toward ensuring regular, predictable work schedules.

More corporations are using irregular scheduling practices to cut costs. They track sales numbers and customer foot traffic to determine the exact number of employees needed at any given time. They subsequently add, cancel, lengthen, or shorten shifts with little to no advance notice. Dubbed “just-in-time scheduling” or “scheduling to demand,” the practice shifts the risk from employers to workers—leaving employees scrambling to adjust to constantly-changing work schedules. As much as 17% of the U.S. workforce reported having an unstable work schedule in 2015. Though unfair scheduling practices tend to be invisible to the public, the issue has gained traction. In 2015, the New York Attorney General investigated Columbus-headquartered Abercrombie & Fitch (alongside 12 other big-box retailers) for excessive on-call scheduling. The company terminated the practice shortly after. Victoria’s Secret, whose parent brand L Brands is also based in Columbus, was sued for these practices in a 2014 class-action lawsuit; L Brands ended the practice the next year. Still, employer use of unfair scheduling is far from over.

Though some full-time employees face irregular schedules, part-time employees are most vulnerable. Twenty percent of the Ohio workforce worked part time in 2017—1,097,000 people. Only 16% of that group were under age 19. Most Ohioans working part-time are of prime working age—for them, irregular scheduling can be especially difficult. They can find themselves stuck: they’re not getting enough hours at their part-time job, but they’re often unable to find a second job or make time to pursue an education to boost career prospects. Irregular scheduling blocks ladders to success and throws a wrench in our nation’s promise of social mobility. The consequences don’t stop there—they also can negatively impact health. Part-time workers are susceptible to harmful levels of irritability, nervousness and anxiety at work and at home. Irregular scheduling can disrupt a worker’s sleep/wake cycle, which can feed into long-term mental health ailments such as fatigue, mood disorders, anxiety, and depression.

Irregular scheduling doesn’t just affect workers themselves—it hurts those closest to them. A 2015 study by the Economic Policy Institute revealed that as many as 26% of irregular or on-call shift employees experience frequent work-family conflict, compared to less than 11% of employees with standard schedules. Irregular work schedules make spending time with family extremely difficult; this especially harms children. Parents with unpredictable work schedules are less able to read and play with their children. As a result, toddlers whose parents have erratic work hours can demonstrate inhibited memory, problem solving, and communication. In addition, because many child care centers require consistent drop-off and pick-up times, irregular parent schedules make it harder to enroll children in quality daycare. HB 216 will strengthen Ohio families and help children thrive.

The bill will even help businesses. In a 2015 study of 28 Gap stores in San Francisco and Chicago, researchers found that standard scheduling, advance notice of schedules, and eliminating on-call shifts, among other policies, were linked to a 7% improvement in median sales and 5% improvement in worker productivity. For Gap, better schedules meant more productive workers, and more productive workers meant better sales. After the study, the company permanently required a two-week notice for schedules and eliminated on-call shifts in all their stores.

The protections in House Bill 216 have precedent—San Francisco, New York City, and other U.S. cities have established similar provisions, and Oregon passed a similar statewide bill in 2017. Unfortunately, Ohio’s bill was referred to committee at the end of May, and it has remained stagnant ever since. If Ohio’s workers are to receive fair scheduling protections, then House Bill 216 should become law. Our working people deserve it.

Learn more about how we can support Ohioans who earn low wages at our upcoming conference in Cleveland on August 23. Register here!