Punished for being poor

Punished for being poor

In the United States, everyone is supposed to be presumed innocent until proven guilty. But before they even stand trial, many people accused of a crime are forced to serve time in jail or accept a plea deal, regardless of whether they committed the crime in question, purely because they can’t afford to buy their freedom through cash bail.

Bail reform is gaining headway because people are waking up to the obvious injustices in the current system, which penalizes the poor, compounds the cycle of poverty, and pulls ever more people into the criminal punishment system, while disproportionately harming families of color. According to the ACLU of Ohio, cash bail is the single largest contributing factor to mass incarceration, as “people detained pretrial account for 95% of all jail growth since 2000.” 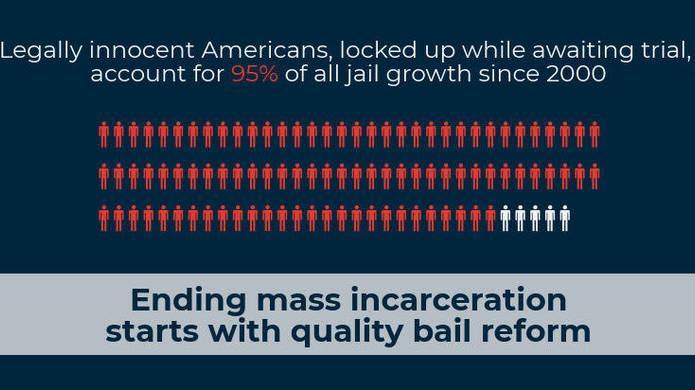 Policymakers are making reforms across the country, from New Jersey to California, with the core tenet that cash bail should be replaced with “risk assessments” and electronic monitoring technology.

Recently, Ohio Supreme Court Chief Justice Maureen O’Connor expressed concern over the morality of locking people up pre-trial, knowing that they are likely to “lose their employment, maybe lose where they live, [and] lose stability of whatever family they may have.” She and the court have formed a bail reform task force, whose first report made recommendations consistent with those mentioned above.

Assessment algorithms vastly overestimate the risk individuals pose to society and raise the possibility of “cementing the irrational fears and flawed logic of mass incarceration behind a veneer of scientific objectivity.” Because these assessments weigh factors such as renter vs. homeowner status and the length of current employment, they lead to disproportionate jailing of the same people as the cash bail system we seek to replace. According to an open letter penned by twenty-seven researchers from prominent US universities, this method is “deeply flawed and racially biased.”

Meanwhile, the Cleveland Municipal Court has already begun replacing cash bail for non-violent charges with a system that places people in Cuyahoga County under probation-like conditions, including electronic surveillance, curfews, reporting requirements, and/or mandatory drug testing, before they have been convicted of anything. Keep in mind that, as it stands, Ohio has the third highest share of people under probation.

While the city of Cleveland originally footed the $250,000 bill, then provided an additional $700,000 to extend their pretrial monitoring services through the end of this year, other states have turned to private companies to keep similar programs in operation long-term. Driven by profit rather than justice or fairness, companies like Corrections Corporation of America (CCA) wind up implementing “offender funded” payment plans, which typically cost more than bail, without the promise of an eventual refund. A recent ProPublica Article outlined how this system currently operates in Missouri—forcing those accused of a crime into debt and, if they miss a payment deadline, into jail. Taking this route is not really reform at all; it will continue to punish people for being poor.

Knowing that CCA already operates two for-profit prisons here in Ohio, this line of the report raised alarm bells: “The Task Force recognizes the difficulty local courts may have in affording pretrial services … Where possible, the Task Force recommends existing justice system partners be utilized to provide these services.”

Scrapping cash bail does not have to mean people charged with a crime go on probation, accumulate debt, or remain imprisoned by an overzealous algorithm while they await trail. Concern over re-appearance, the main purpose for cash bail, is misplaced. People who miss trial are typically worried about losing their job or finding a babysitter. And, because arraignment dates are typically provided by the arresting officer, some people find the stress of the situation so overwhelming that they simply forget when they are supposed to appear.

The Bail Project, a first of its kind organization, which posts bail on behalf of accused people, while fighting against both the cash bail system and the digital surveillance replacement model, has found that 96% of accused individuals show up when provided with a text or call reminder and social supports, like childcare and transportation assistance. The former has already made it into the task force’s recommendations, representing a glimmer of hope for our state’s criminal justice reform efforts.

The Ohio Supreme Court should carefully evaluate the potential consequences of their task force’s recommendations, and the General Assembly should think twice before funding them. The last thing we want to do is replace cash bail with a similarly unjust and destructive system.

The bottom line is that the principle of “innocent until proven guilty,” granted by the sixth amendment of the US Constitution, should apply to all of us—not just those who can afford it. 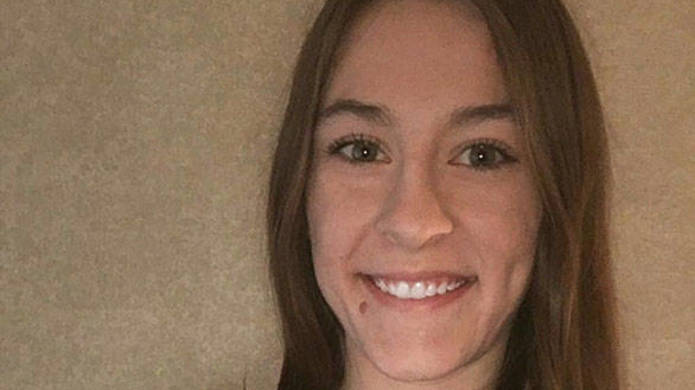