This April, a study commissioned by Greater Cleveland Regional Transit Authority (RTA), which manages Ohio’s only urban rail network, determined that the system was in need of an upgrade that could cost a staggering $715 million. The study found that the RTA would need to replace every single one of the system’s aging rail cars. The cars, which are currently divided about evenly between light and heavy rail, all came with a maximum life expectancy of 30 years. The light rail cars are now 38 years old; the heavy rail cars are 35. Despite a total overhaul of the light rail system in 2007 and piecemeal repairs to both systems over the last decade, maintenance costs have risen by 90% for light rail and 148% for heavy rail. The time to begin replacements is long overdue.

But this crisis at the RTA, while deeply serious for its own sake, is just one piece of a larger pattern: Ohio’s failure to invest state funds in public transit systems. 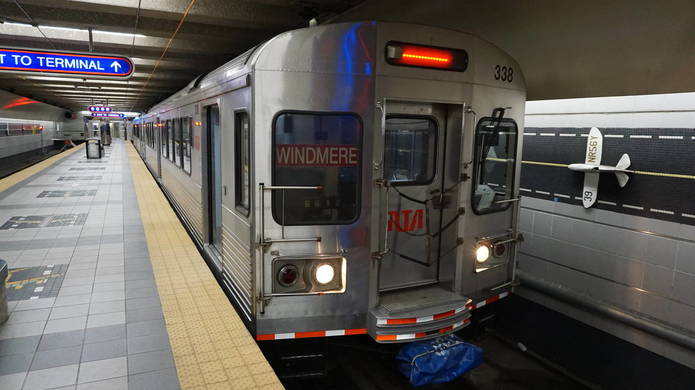 Governor Kasich rejected $400 million in federal funds that would have connected Cincinnati, Dayton, Columbus, and Cleveland with high speed rail. Kasich also pulled $52 million in state funding for the Cincinnati streetcar project, forcing the city to reduce its route.

The RTA, Ohio’s largest public transit service, provides nearly 50% of all public transit trips in the state—more than Columbus, Cincinnati, and Dayton combined. Yet between 2001 and 2012, lawmakers slashed RTA’s support from the Ohio Department of Transportation (ODOT) from $8 million to $800,000 – forcing the authority to retire cars and make on-the-fly repairs.

In 2015, ODOT’s Ohio Transit Needs Study found that while Ohio has the nation’s 14th highest public transit ridership, it ranks 45th in per capita funding. Ohio provided 1% of the total funding for its systems, with the majority transit funding coming from local and federal sources. But Ohioans want and need public transit: the study estimated that agencies needed to provide an additional 35 million trips to meet customer demand. The study recommended the state increase its share to at least 10% of total public transit funding by 2025.

Increasing public transit funding will pay off. Estimates suggest that by fostering new connections between workers and resources, transit systems can deliver economic growth worth anywhere from $1.5 million to a $1.8 billion per year to urban areas. They also deliver indirect benefits to non-transit riders by decreasing traffic congestion.

Public transit is also critical for expanding economic opportunity. The Brookings Institution found that poor people and people of color are increasingly living in suburbs with limited access to employment opportunities. For members of these populations, automobiles are often prohibitively expensive. Transit services are crucial to Ohioans with disabilities, who are less likely to have access to, or the ability to operate, automobiles. Public transit isn’t a luxury—it’s essential to people’s lives and livelihoods.

Finally, expanding public transit is critical for addressing urgent environmental issues like climate change and air pollution. In Ohio, transportation accounts for 31% of all carbon emissions. According to the Federal Transit Administration, heavy rail transit can reduce emissions by an average of 76% per passenger mile compared to cars, light rail by 62%, and bus by 33%. With fewer cars driving through city neighborhoods, fewer people will be exposed to exhaust. That means better air quality and better health. These benefits ramp up in the long run as transit systems encourage higher-density, more efficient development.

Americans want transportation options. A report by the American Public Transit Association found that more Americans used public transit in 2013 than they had in any year since 1956. The National Association of Realtors’ Community Preferences Survey indicates that most young people greatly prefer walkable, bikeable cities. The Transit Needs Study echoes these findings, predicting increased demand across the board but especially from young people.

Unfortunately, the state’s neglect of public transit has continued well past the release of the ODOT study. In subsequent years, the state continued to provide roughly $30-40 million a year for public transit, well short of the recommended $120 million. In the last Ohio General Assembly, state legislators agreed for the first time to double public transit spending to $70 million—a step in the right direction, but not nearly far enough.

While funding for transit projects can’t come solely from the state, this issue deserves state leadership. Ohio policymakers should actively work to secure and develop partnerships on transit with local and federal leaders, not shoot down opportunities for new projects or neglect the needs of existing transit systems. Other helpful measures might include creating a dedicated state fund for public transit or increasing the amount of federal “flex” highway grants sent to transit systems.

And as GCRTA’s example makes clear, action on this issue can’t wait. The longer the wait, the higher the costs.

Don't miss the bus! Public transit helps put the brakes on climate change
August 1, 2019
The state of public transit is nothing to celebrate
July 1, 2016