On Thanksgiving, Americans everywhere gather with friends and family to eat great food, engage in awkward political debate, watch football and express gratitude. Some may be thankful for their families, some for their good health and some for their jobs. The truth is, public policies are behind many things we’re grateful for. Here are some of our favorites: 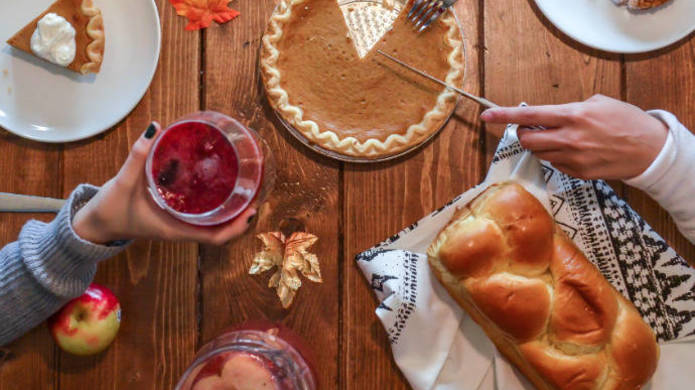 More Ohio families could spend Thanksgivings together if state lawmakers pass Senate Bill 3 and House Bill 1. SB 3 would reclassify certain low-level drug offenses from felonies to misdemeanors, which would send fewer people to prison for nonviolent crimes. HB 1 would create new opportunities for treatment in lieu of conviction. Research shows that treatment, rather than punishment, is more effective in helping people achieve long-term recovery. Both bills would help people who served their time get jobs and find housing by expanding the sealing of criminal records. HB 1 already passed in the Ohio House of Representatives. SB 3 is still stuck in in the Senate Judiciary Committee. We’re thankful that lawmakers finally see the need to change how we address the drug crisis but we’ll hold our praise until they pass both bills.

We might not have agreed with many of his policies, but we’re grateful Governor John Kasich took a stand for Ohio’s health in the face of tough opposition. Governor Kasich expanded Medicaid in 2014 under the Affordable Care Act, extending health coverage to more than 700,000 Ohioans living at or below 138% of the federal poverty line – about $29,400 for a family of three. In doing so, he gave Ohio one of the most important tools in fighting the drug crisis and helped 500,000 Ohioans get mental health and addiction treatment. New analysis shows Ohio’s Medicaid expansion saved more than 1,400 lives. Not only that, Medicaid expansion supports almost 54,000 full- and part-time jobs.

Working people fought hard for the right to bargain collectively and it paid off. Today, the typical union member in Ohio earns $22.90 an hour, a full $5 more than those not in a union ($17.88). Women's union cards give them a 28% wage boost. Unions also help narrow the gap between what employers pay white workers and workers of color. It’s no surprise that corporations are attacking our right to speak up together. The recent Janus Supreme Court ruling dealt a blow to public-employee unions. But Ohioans know how important unions are to a strong middle class and vibrant communities. In 2011, state Republicans tried to get rid of collective bargaining for all public sector workers, but voters restored it by referendum. Teachers at a Cleveland area charter school recently organized. Cleveland janitors with Service Employees International Union Local 1 won a $15 hourly wage by 2023. None of this would have happened without policies that protect our rights to bargain collectively.

Public transit fights climate change and air pollution by reducing carbon emissions. It boosts the economy by getting people to work. It makes sure people who can’t or don’t drive can get to school and run important errands. Ohio lawmakers have underinvested in public transit for decades, routinely directing less than 1% of the state’s multi-billion-dollar transportation budget. Thankfully, legislators increased support for transit to $70 million a year in the 2020-21 state budget. That’s still less than half what the Ohio Department of Transportation called for in 2015, but it will help more Ohioans get to where they need to go.

5. The Earned Income Tax Credit lifts Ohioans out of poverty:

The program is so effective in fighting poverty that 29 states, including Ohio, have used it as a model for their own EITCs, calculating the state credit’s value as a percentage of the federal one. But Ohio’s credit leaves out the most important part: refundability, a flaw that keeps our EITC from doing all it can to support hard-working families. In this year’s transportation budget, legislators improved Ohio’s EITC in two important ways. They raised our very modest 10% credit to 30% of the value of the federal credit, and they eliminated an income cap that no other state had. We’re thankful for that. We hope that in 2020, they will make it even stronger by making it refundable.

6. Ohio’s minimum wage goes up with the cost of living:

In 2006, Ohio voters raised the state’s minimum wage and wisely linked it to inflation so it would maintain its value over time. But they didn’t increase it enough to cover lost ground and policymakers haven’t taken the necessary steps to raise the wage floor. Compared to 1968, Ohio workers produced 88% more wealth in 2018, but low-wage workers didn’t share in the growth. Today, minimum-wage workers earn 28% less than their grandparents did. However, we can give thanks that 13 years ago, voters had the foresight to index it to inflation, otherwise the minimum wage would be worth even less. There’s work left to do: when Ohio’s minimum wage goes up to $8.70 in 2020, it will be just over half the $15 wage passing in cities and states across the country. It’s time for Ohio to revisit its wage floor and pass a living wage for all Ohio workers.

Many programs that make sure kids have strong families, healthy homes and safe communities didn’t get the funding they needed in the 2020-21 state budget – but lawmakers did direct more resources toward children who need extra support. They allotted an additional $675 million for wraparound services for low-income students attending public schools around the state. It’s a great step but doesn’t make up for the fact that over the years many districts have had to let go of social workers, guidance counselors and other professionals due to cuts to state support.

Lawmakers took on the state's high infant mortality rate by providing at least $182 million in targeted, new or expanded programs in the Departments of Health and Medicaid and the Minority Health Commission. Targeted funding for the Minority Health Commission is particularly important. Black babies are more likely to die before their 1st birthday than white babies – a sad fact driven by racism and disparities in health care, education, housing, employment opportunities and more.

State policymakers used $431.7 million in federal dollars to improve the quality of public child care in Ohio. They added more than $200 million – doubling funding – for child protective services, which have been strained as the drug epidemic forces more children into foster care. Lawmakers also set aside more than $20 million (recently augmented by a $44 million federal grant) to rehabilitate homes toxic with lead and treat children with lead poisoning.

After years of tax cuts for the wealthy and growing tax breaks for special interests, lawmakers still don’t give programs that support and protect Ohio’s kids the funding they need, even with these improvements. But the 2020-21 state budget took positive steps that we deeply appreciate.

SharedWork Ohio allows employers to reduce workers' hours rather than lay them off. Ohio is now one of about 27 states with a work-sharing program, which allows employers to avoid laying off workers during a downturn by cutting hours and making up some of the lost wages with a partial claim on unemployment benefits. This allows workers to stay on the job with their benefits. Work sharing also benefits firms by helping them retain skilled people. Since Ohio adopted SharedWork in 2015, more than 7,000 workers avoided being laid off by participating in the program. As economists speculate over whether and when the next recession is coming, we’re glad Ohio has a program like this to protect working people.