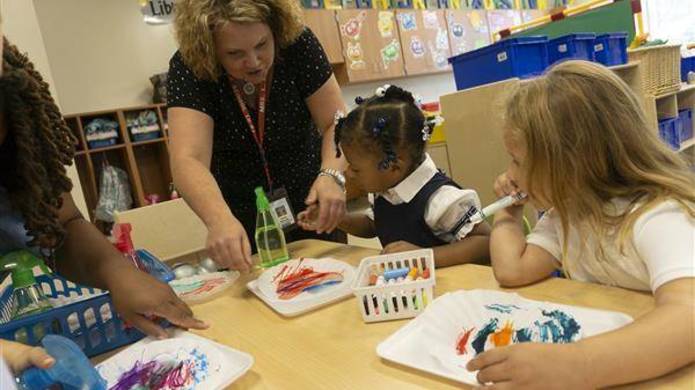 EdChoice is the state’s main general education voucher; it’s available across the state, except in Cleveland, which has a separate program. Lawmakers created EdChoice so families can use state funding to pay for private school tuition if their children would otherwise attend schools and districts with the lowest grades on state report cards. Fixing Ohio’s unconstitutional school funding system, which disadvantages students in poor districts, would be a better approach to improve our public schools.

For many Ohio school districts, deductions for the cost of the state’s EdChoice school voucher have skyrocketed this year. By next year the state expects that more than 1,200 schools in over 400 districts will be harmed by EdChoice, up from 238 schools last year.

Among the districts seeing the biggest losses are inner-ring districts like Cleveland Heights and Parma, but even schools in some of the state’s wealthiest districts, like Solon, are starting to feel the squeeze.

State legislators say they’ll act by February 1, when the next voucher application period opens. Here’s what they should do:

Make a permanent change to have the state pay for vouchers from a separate source of funding, rather than deducting the cost from state funding that flows to school districts. Voucher deductions have increased by $47 million already this school year, an acceleration of destructive policy. Direct pay would lessen the negative impact.

2. Give vouchers only to public school students

Base decisions about a public school’s voucher eligibility on the three most recent consecutive school years. EdChoice eligibility is currently based in part on report cards from 2014 and 2015, and many schools and districts have shown improvement since then.

In the past, state law based voucher eligibility for public schools on getting a D or F on two report card measures (e.g. overall grade and performance on state tests). Now, eligibility is based on getting just one bad score, which is part of the reason for the explosion. Legislators should reverse course and require low scores on multiple measures.

5. Include lower-income families only

Limit EdChoice to lower-income families. It makes little sense to spend scarce public money on vouchers for families who already have good public options or who can afford private schooling on their own.

Schools accepting EdChoice vouchers are not held to the same standards of accountability and performance as public schools. This should change. Studies, including this one by the Thomas B. Fordham Institute, have shown that students attending private schools that accept vouchers do worse on state tests than matched public schools. Spending public money on unaccountable private schools flies in the face of principles of good government.

Make the fix deep and permanent, and don’t just focus on the highest-performing or wealthiest districts that are getting hit right now. While EdChoice’s flaws may be more obvious in those districts, inequities created by EdChoice in poorer districts are just as broad and destructive.

Make your voice heard – contact your legislators to let them know how to fix EdChoice.