Martin Luther King Jr. famously said, “the arc of the moral universe is long, but it bends toward justice.” He knew bending the arc would take hard work and commitment from activists, community organizers, policymakers, politicians, teachers, grandmothers and clergy members. We need to turn that energy and attention to Ohio’s Black men and boys. From how they are treated by the criminal justice system, to mental health issues, to the wages they earn, Black men face a particular set of challenges. Everyone is entitled to life, liberty and the pursuit of happiness. King’s words give us a blueprint for how to break barriers that keep Black men and boys from reaching their full potential. 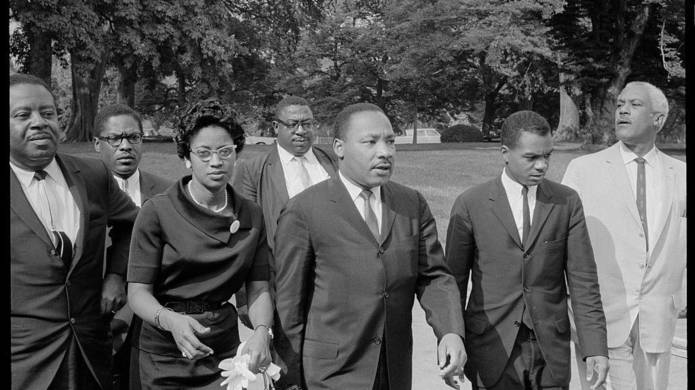 “Law and order exist for the purpose of establishing justice and when they fail in this purpose, they become the dangerously structured dams that block the flow of social progress.” – MLK Jr.

Ohio spends more than $1.8 billion a year to keep nearly 50,000 people in prison, disproportionally men of color. We lock up a larger share of our neighbors than all but 13 other states. Only two states have a higher share of people on probation. Many people in our corrections system struggle with substance use disorder. Sometimes, drug possession is their only crime. Yet we have the nation’s second-highest overdose rate and 5,111 Ohioans died of drug overdoses in 2017. Focusing on punishment rather than treatment breaks up families, damages communities, overcrowds prisons, and drains our state’s resources.

Senate Bill 3, under consideration in the Ohio Senate, would provide addiction treatment instead of incarceration to Ohioans charged with minor possession of certain drugs. It would reclassify some low-level drug offenses from felonies to misdemeanors.

The War on Drugs of the 1980s and 1990s targeted Black men with tough sentences for minor drug crimes. Some still face barriers to housing, good jobs and higher education because of past felony convictions. Lawmakers could make Senate Bill 3 even stronger by applying reclassification retroactively – so people ensnared by the drug war would also benefit. It would at least be a step in the right direction.

“Babies, we are told, are the latest news from heaven.” MLK Jr.

Ohio has the nation’s second-highest infant mortality rate for Black babies. While mothers endure unimaginable pain and trauma after losing a child, we sometimes fail to address fathers’ grief. Black men are caring dads. They spend more time with their children than fathers of any other race, according to the Center for Disease Control. One study showed that 70% of Black fathers bathe, dress, diaper, or help their children use the toilet on a daily basis – a higher percentage than both white and Latino dads.

In the most recent state budget, lawmakers made addressing infant mortality among Black babies a priority – increasing support to expand the “Help Me Grow” home visiting program, an evidence-based approach to lowering infant mortality. In addition, lawmakers expanded screening for breast and cervical cancer, which helps lower infant mortality. These are great preventative measures, but more steps need to be taken to support Black fathers grieving from the loss of a child.

Government policies shape our ability to care for our kids. If we cannot take time off when a new baby is born, that could hurt our ability to bond with our babies. Statewide paid family leave would give dads a chance to connect with a new baby or take time off to be with a sick child. It could also lead to declines in infant mortality rates, according to a recent study in Health Affairs.

Paid parental leave is often administered in a way that reinforces gender-biased roles for parents. An Ohio man recently reached a settlement in a class-action case against JPMorgan Chase, whose parental leave policy assumed mothers were primary caregivers except in special circumstances. The company agreed to clarify its policy and compensate fathers who were improperly denied leave.

Wins like this help fathers be caregivers. In many jobs, paid time off is not an option. In the United States just 14% of civilian workers have access to paid family leave. While 88% can access unpaid leave under the Family and Medical Leave Act, many working families can’t afford to take unpaid time off.

“If America would come to herself and return to her true home ‘one nation, indivisible, with liberty and justice for all’, she would give the democratic creed a new authentic ring, enkindle the imagination of mankind and fire the souls of men. If she fails, she will be victimized with the ultimate social psychosis that can lead only to national suicide.” – MLK Jr.

A New York University study found that boys made up 74% of the 1,661 Black children aged 5 to 17 who committed suicide between 2001 and 2015. Exposure to racism is stressful. Not only is it mentally and emotionally traumatizing, it causes chronic stress and hypertension, which leads to heart disease.

In the new budget, state lawmakers increased investment in state hospitals, prevention, wellness and recovery, and local crisis response. Overall, they boosted funding to address the drug epidemic and received some new resources from the federal government. But at the same time, the Trump administration and some Ohio lawmakers want to make it harder for people to get addiction and mental health treatment through Medicaid. While we applaud the governor for increasing funds, we must demand programming that addresses the particular trauma endured by Black boys and men.

“The dignity of the individual will flourish when the decisions concerning his life are in his own hands, when he has the means to seek self-improvement. Personal conflicts among husbands, wives and children will diminish when the unjust measurement of human worth on the scale of dollars is eliminated.” – MLK Jr.

Struggling to get by takes a mental and physical toll on people. That, coupled with the stress of living with racism, makes life particularly difficult for Black men earning at or near the minimum wage.

People with low incomes have higher infant mortality rates, lower life expectancy, and are more likely to die from disease than the well-off. They are also at higher risk of suicide than people with higher incomes, according to a study in the American Journal of Preventive Medicine. At the start of the year, Ohio minimum-wage workers received a small wage increase to $8.70 an hour, to keep pace with the rising cost of living. That is nowhere near enough to take care of an individual let alone a family. If policymakers increased the minimum wage to $15 an hour by 2023, they’d give 2 million Ohioans a raise. That would mean a raise for 54% of Ohio’s Black workers, who in 2018, earned a median wage of $14.62 an hour, $5.12 less each hour than white Ohioans.

Black men deserve to be able to provide for themselves and their families. Meaningful criminal justice reform, investments in mental health resources, and an economy that respects their hard work is the only way we move forward as a state.