Last month, Ohio--along with the rest of the country--discovered that it really does have a digital divide, and why it matters.

Due to the COVID-19 pandemic, Governor DeWine has ordered schools, libraries, senior citizen centers, government buildings, bank branches and many workplaces to close their doors. Public gatherings have been curtailed. We've all been told to distance ourselves, stay home and avoid unnecessary face-to-face social and commercial interactions. In the midst of a health care crisis, hospitals and clinics must discourage patients from coming to their facilities, even for routine appointments. 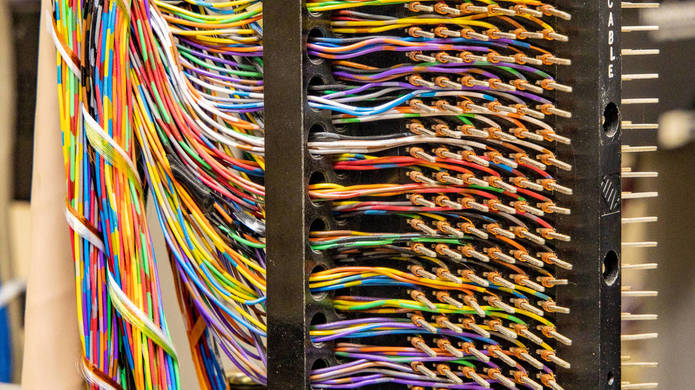 As COVID-19 has abruptly altered our lives, all kinds of daily activities are being forced onto the internet. Suddenly, millions of Ohioans must work from home, use telemedicine and do their schoolwork online.

The reality of our digital divide has come into sharp focus. We will need strong public policy solutions to overcome it.

Hundreds of thousands of Ohio families with school-age children live in homes without the broadband internet connection they need to send email, use learning videos, Skype or exchange documents with teachers. Working from home isn’t feasible for people without reliable connections for conferencing, Slacking and document sharing. Furthermore, Ohioans most at risk from COVID-19, and most in need of self-isolation -- older adults with chronic health issues, especially those who are poor -- are among the least likely to have the computers and internet access required for online shopping or to substitute videoconferencing for visits to the doctor or to the bank.

This is not only a rural problem. Twenty-seven percent of households in the city of Cleveland had no internet access of any kind (including smartphones), and 44% lacked wireline connections (cable, DSL or fiber), according to the 2018 American Community Survey. Similarly large shares of the populations in Toledo, Dayton, Lorain and Youngstown are unconnected and underconnected. Akron, Columbus, Cincinnati and many smaller cities are only modestly better off.

Across the state, nearly one out of six households lacked any kind of broadband subscription -- even a mobile data plan.

It's true that many of these households are in rural areas where the infrastructure for high-speed broadband service just doesn’t exist. But the majority live in cities, suburbs and small towns where broadband is readily available. For these unconnected Ohioans, the main barrier to broadband access is not geography, but cost.

In 2018, two-thirds of Ohio households without broadband had household incomes below $35,000, and nearly half had incomes below $20,000. The monthly bill for a home internet connection in most Ohio communities is now at least $60 to $70 a month. That’s just not affordable for many Ohioans who are already struggling to get by.

Today, more than 1 million people across the state -- both rural and urban -- find themselves in the middle of an historic emergency, stuck in homes without internet connections. They can’t go to libraries or use wifi hotspots at restaurants. They are trying to keep their children engaged in school, to do their jobs (if they are able to work at home), to manage their bills and bank accounts, to get the health care they need, and to keep informed and in touch… all without the digital access and tools most of us take for granted.

Some internet providers (not all) have announced free or very cheap plans for new users, often just for the next two months. An updated list of those plans from major providers can be found at the National Digital Inclusion Alliance website.

But many Ohioans who could take advantage of those offers aren’t hearing about them, or learning how to apply – because they're not already online.

“Digital inclusion" programs in some Ohio communities (notably Cleveland) are now devising ways to close this gap. So are libraries and school districts in many other communities throughout the state. These grassroots efforts need as much help as possible from government, institutional and private-sector leaders. They need home computers or tablets to distribute, money to operate, media exposure, and cooperation from internet providers. Connecting the unconnected must be a community priority or it won't happen.

But local schools, libraries, social service organizations and businesses can only do so much to break down barriers to broadband. Closing Ohio’s digital divide requires state and federal policymakers to act now.

Ohio is far behind many other states in this area. Despite years of campaign talk about rural broadband, Ohio still has no agency or office dedicated to getting new high-speed infrastructure deployed for rural residents, and no state-funded rural broadband financing program. State public officials have shown even less interest in the well-publicized fact that some Ohio cities are among the nation’s worst-connected. So while state government could make a big contribution to local emergency digital inclusion efforts with some modest emergency funding, that seems very unlikely unless the funding is provided (and earmarked) by the U.S. Congress.

The CARES Act—the $2 trillion federal stimulus package passed in response to the ongoing COVID-19 crisis--does not include significant funding for states and communities to reduce gaps in their residents’ broadband access and adoption. But a “fourth stimulus” bill, which is reportedly being developed by Democratic Congressional leaders, could and should do so. There are other federal actions that could help close the digital divide in Ohio. Among the most important:

It’s increasingly obvious that the COVID-19 crisis is going to change our lives for many months, perhaps for years. Getting this epidemic under control will take a huge, concerted effort on many fronts.

Bill Callahan is Research and Policy Director for the National Digital Inclusion Alliance.