Congress needs to get back to the table, get the job done

Congress needs to get back to the table, get the job done

Most Ohioans are doing our part to get each other through the pandemic and recession. We’re wearing masks, forgoing our favorite activities to stay home instead, and supporting local businesses as much as we can. Even still, I don’t need to tell you that the pandemic has put Ohio and the nation in a world of hurt. By the end of July 1.5 million Ohioans had filed jobless claims; 1.25 million Ohio renters have experienced income loss, including layoffs, pay cuts and furloughs. Nearly 500,000 Ohioans couldn’t pay their rent in June and local courts have resumed eviction hearings. The last federal unemployment supplemental aid was issued in Ohio on July 25.

It would be nice if our leaders in Washington D.C. did their part, too. 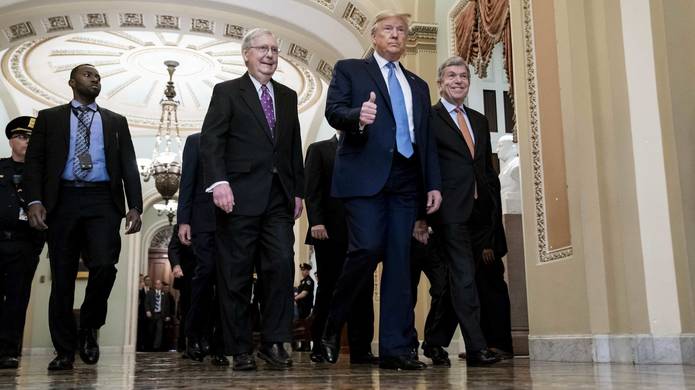 The set of executive orders that came out of the White House over the weekend doesn’t do nearly enough to help. The more I read about them, the more outraged I become.

For example, the executive order on housing does not include an eviction moratorium, nor any rental assistance. It just directs officials to “consider” an eviction ban and look for funds to help renters.

The executive action on assistance for unemployed workers would cut in half the $600 weekly federal unemployment benefit (so calibrated as to replace the median household income in the nation). It’s likely to last only five or six weeks—once it’s paid out, which could be a while, given the legal questions surrounding it and the need to reprogram Ohio’s antiquated computer system. It’s not clear how many of the state’s unemployed would receive it, and Governor DeWine has said the state doesn’t have the money to pay another $100 a week.

The executive orders leave out the critical needs of the American people as we enter a new and dangerous phase of the pandemic: as schools open, as cold weather approaches, as people move indoors to crowded spaces. Only the federal government is big enough to provide funds for testing and contact tracing to get the virus under control, to ensure the health care system is not broken by the recession and surging illness, to keep people fed, allow schools to safely reopen, and to keep state and local governments running. None of these needs is addressed in the president’s orders.

Instead, Congress needs to get back to the table and pass genuine, legal, substantial measures that we so badly need – like restoring the $600 weekly unemployment benefit until high unemployment rates subside; providing substantial rental assistance; supporting state and local governments throughout the recession; boosting the federal share of Medicaid; increasing the maximum SNAP benefit to help with the rising cost of food and shoring up the crumbling child care system – among other things.

While our leaders argue, people are skipping meals, putting off bills and caring for sick loved-ones. Most Americans don’t have the luxury of engaging in political disagreements – they’re just trying to hang on another day.