Pandemic and recession setting back progress since Great Recession

Everyone deserves to be able to cover the basics, to build a life for themselves and their loved ones, regardless of race, gender or geography. New data released by the Census Bureau today show that this can’t be accomplished by economic growth alone.

Today’s data release captures the final chapter of the longest economic expansion in history, brought to an abrupt end by COVID-19 this spring. Despite some progress, the new data show that many Americans still struggled in poverty, and enormous disparities based on race persisted. Now the pandemic and recession have set back years of progress.

In a normal year, the Current Population Survey (CPS) national income and poverty estimates and data from the Supplemental Poverty Measure (SPM) provide an in-depth look at Americans’ wellbeing. But COVID-19 and the recession it caused have disrupted lives in ways not captured by this year’s data, which cover 2019. To address that shortcoming, we report out key highlights from the CPS and SPM release, then include some more recent findings from the Household Pulse Survey.

The data underscore the urgent need for federal leaders to direct aid to displaced workers and state and local governments -- starting by restoring the $600-per-week federal supplement to state unemployment insurance. Those payments provide a lifeline to displaced workers and prevent further job loss caused by reduced consumer spending. The federal government should provide that support as long as it’s needed. Federal leaders should direct another round of stimulus to state and local governments to prevent cuts to needed services which will otherwise cause more layoffs and prolong the recession. 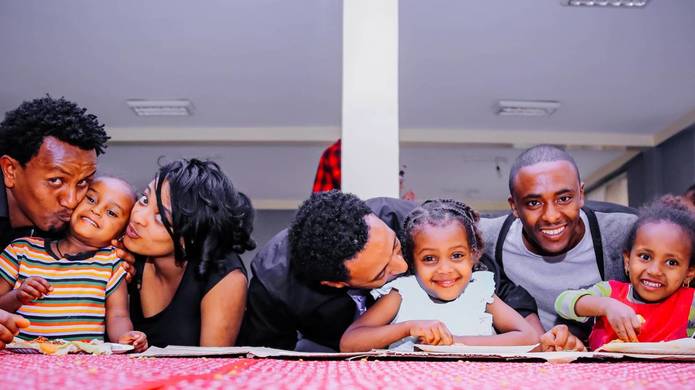 The pandemic also caused the Census Bureau to suspend the in-person portion of its survey gathering in March, the month when most data for this release are gathered. This disproportionately reduced responses from low-income Americans so that earnings appear higher and the number of Americans in poverty to appear smaller than they would if people from all walks of life were counted in proportion to their share. Thus the Census Bureau released today’s numbers with a dose of caution.

Income gaps have widened as the wealthiest have captured a growing share, and major racial disparities persist.

These losses and lingering inequities reflect policy choices that have benefitted the wealthy few and corporations at the expense of most Americans, enabling those at the top to capture more than their share of the wealth and more than their counterparts did in the past. The result was that it took years to recover lost ground in the longest expansion in history. Now that expansion is over.

More recent figures from the Household Pulse survey cover adults asked about their households between August 19 and August 31. These data show:

The Census Bureau will release additional data on poverty and income in the states on September 17.