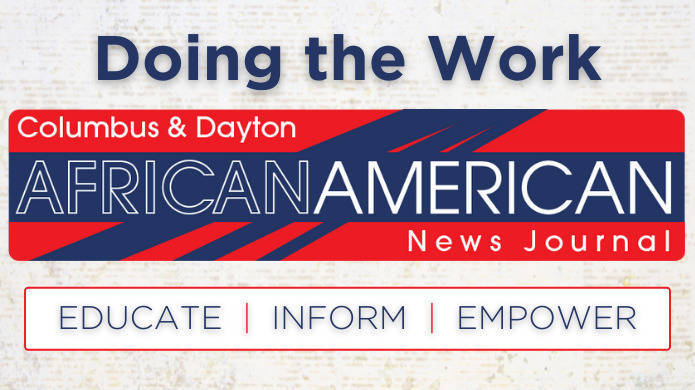 Former State Senator Ray Miller’s interest in media and Black newspapers started at an early age. He remembers his family moving to Columbus and all the kids in the neighborhood asking if he wanted to box or play some ball. Sen. Miller said, “My priority was always reading.”

He spent hours at Mr. Raleigh Randolph’s newsstand on Mt. Vernon Ave. on the East Side of Columbus reading Black-owned newspapers. Mr. Randolph had every major Black newspaper, including Cleveland’s Call and Post, the New York Amsterdam News, the Chicago Defender, and the Pittsburgh Courier. “It was unbelievable to me that my people were saying these things in the press. I loved it!” Miller said. “These papers provided a platform for African Americans to speak out about issues that were impacting our lives.”

After serving 16 years in the Ohio House of Representatives and eight years in the Ohio Senate, Sen. Miller founded the Columbus African American News Journal — now the Columbus & Dayton African American News Journal — to educate, inform and empower people. He wrote, “The [journal] is audacious enough to believe that we have the capacity to unite our community around issues of common concern based upon our knowledge and the integrity of the process we employ to bring you the news.”

Local Black publications are critically important due to the decline of local newspapers. Between 2004 and 2019, more than 100 newspapers closed across Ohio and total newspaper circulation in Ohio fell by 51%, from 5.5 million to 2.7 million, according to the University of North Carolina Hussman School of Journalism and Media. Publications that are made by and for Black people also matter because surveys continue to show that many Black people view news coverage of Black communities as one-sided or lacking context. This recent survey from the University of Texas highlights why many Black people don’t trust journalists to cover issues in Black communities.

The Columbus & Dayton African American News Journal is made up of a diverse team of writers, editors, and interns who are committed to educating, informing and empowering Black people. Contributing editors write about and contextualize critical issues facing Black Ohioans, including police violence, inequality in public schools, local government issues, gentrification, mental health and addiction issues, and barriers to child care, health care and affordable housing. The writers ask people in the community to tell them about the issues they face and what the government can do to improve their lives.

The journal also strives to make its content accessible to the reader. Sen. Miller said, “Always be clear on who you’re working for, and make sure that we’re doing it with excellence.” Contributors write in a way that the public can understand. Sen. Miller highlighted the importance of having writers who have held or are in positions of power “on the inside” of corporations, government, or other decision-making bodies who can share information and ways for readers to get involved.

The team wants to reach as many people as possible where they’re at. That’s why the journal is free of charge. It has a circulation of over 40,000 and can be found at hundreds of cafes, corner stores, and churches across Columbus and Dayton. In the 43203 ZIP code on the East Side in Columbus, 52 Black churches help distribute the journal to their members.

Digital editions of the Columbus & Dayton African American News Journal are available here — and be sure to pick up a print version the next time you're in Columbus or Dayton!