Medical expenses are a leading cause of debt and bankruptcy in the U.S. It is also a uniquely unjust category of debt because usually it is not the result of people’s voluntary choices.

A nonprofit organization, RIP Medical Debt (RIP), has developed a way to buy unpaid medical debts for pennies on the dollar and retire those debts for people with low and moderate incomes. Cities across the country are now using federal COVID relief funds and other sources to work with RIP and eliminate hundreds of millions of dollars in medical debt for their residents. 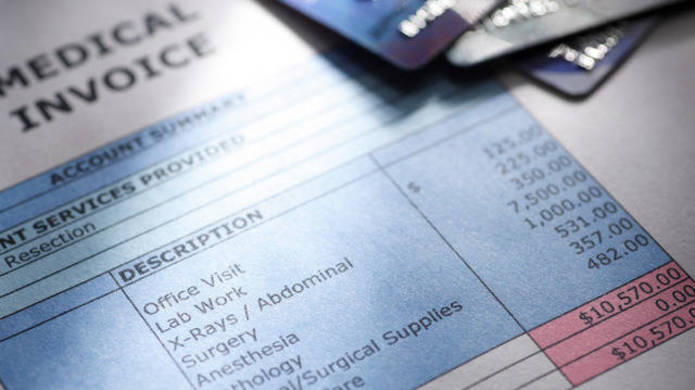 RIP uses donated funds to purchase large bundles of medical debt at a steep discount. Then it forgives the debts. A $1 donation often leverages $100 of debt relief.

The program targets people who need debt relief the most. RIP uses data analytics to study credit agency records and find households who earn less than four times the federal poverty level or whose debts are 5% or more of annual income. RIP sends a letter to those eligible people to announce that their debt has been wiped clean. The payment is a gift and is not taxable.

To date, RIP has erased $7.4 billion of medical debt for 4.3 million families. The program can be life-changing for people mired in medical debt.

With the availability of federal American Rescue Plan Act (ARPA) funds and an eager nonprofit partner in RIP, more local governments are tacking the pernicious problem of medical debt. Local governments that have funded or are discussing medical debt relief include:

• Cleveland City Council is considering legislation to use $1.9 million to retire $190 million in debts, and Cincinnati, and Akron have expressed interest in the idea.

(Note that the amounts of debt relief listed above are estimates. Final amounts will depend on negotiations with hospital systems and other debt holders.)

State Rep. Michele Grim, who led the medical debt relief effort as a councilperson in Toledo, has said she wants to introduce a bill to create a statewide debt relief program in the General Assembly. Surely, after the Ohio General Assembly supported a $350 million bailout for nursing homes it would support bailing out Ohioans who are mired in debt just because they got injured or sick.

Scale of the medical debt problem

Rising health care costs, higher deductibles and copays, and the ongoing shift of health insurance costs from employers to employees, have increased the burden of medical bills on Americans, whether they have health insurance or not. Nationally, estimates of medical debt in collections range from $81 billion to $140 billion, and total medical debt is higher because people borrow money to pay medical bills in ways not counted by surveys. According to the Kaiser Family Foundation, four in 10 adults in the United States say they have some kind of medical debt. Two-thirds of bankruptcies cite medical debt as a leading cause.

Levels of medical debt are especially high in low-income and Black and brown communities. In Ohio, 21% of people who live in zip codes where at least 60% of residents are people of color have medical debt in collections, compared to 14% of people in white communities, according to the Urban Institute.

Medical debt has serious ramifications for the debt holder, their family, and the entire community. People with medical debt are more likely to postpone or skip needed health care. The stresses of debt can lead to other mental and physical health problems. Many people with medical debt exhaust their savings, delay payments on other bills, and delay investments in education or other things that would help them get ahead. Medical debts can lead to lawsuits, wage and bank account garnishment, home liens, and bankruptcy. Credit ratings can be affected, making it more difficult for people to buy a car, buy a home, rent an apartment, or find a job. (After prodding from the Biden administration, credit rating agencies are supposed to stop reporting medical debt under $500, thus reducing harm to credit scores to some extent.) Ultimately, medical debt stresses entire communities because it limits the capacity of thousands of people to succeed. If debt is sold to third-party debt collectors, money flows out of the local economy.

Why medical debt is different from other types of debt

According to a 2022 report by the CFPB, medical debt is different from other consumer debts in that “people rarely plan to take on medical debt. Two-thirds of medical debts are the result of a one-time or short-term medical expense arising from an acute medical need. Medical debt is also unique in that people have less ability to shop around for medical services. There’s rarely transparent pricing for medical care. Health insurance corporations often restrict providers people can see and even the emergency services they can use. Choice of medical services is limited due to price opacity, restrictive insurance networks, constraints on provider availability, and in some cases, emergency need. Nonetheless, medical debt is the debt which is most frequently reported to consumer reporting companies.”

The report adds that medical debt also tends to be especially confusing and difficult to navigate. “Prices for the same services are usually higher for uninsured and out-of-network patients than for in-network patients. Even in-network prices can vary substantially between different facilities or different departments. After billing, providers often send unpaid accounts to third-party collections agencies. These agencies have little access to providers’ records. This can make it difficult for people to confirm that the medical debts that collectors contact them about are valid and accurate.”

Even when medical providers offer charity care or payment assistance programs, many eligible people are not informed about the programs or are unable to successfully apply.

There are still some questions about the value of medical debt relief. Researchers are still examining how much the overall financial situation of the people assisted really improves. And will it reward health systems for inflating costs in a cynical game with insurance corporations? Medical debt relief provides real benefits and a great return on investment, but these questions underline that it is only a one-off Band-Aid on an unjust, profit-driven health care system. The real solution is to bring health costs down and eliminate medical debt in the first place. RIP’s policy work, for example, focuses on three priorities:

• Affordable and comprehensive health coverage — Equitable access to affordable health coverage that covers the services people need and lowers out-of-pocket costs is the surest way to protect people’s health and financial well-being, enabling them to thrive and be productive members of their communities.

No other advanced nation makes its citizens go into debt for necessary medical care. Perhaps campaigns for medical debt relief can be teachable moments to promote fundamental reforms that will make the American health care system truly universal, simple, and affordable.

David Beach served as director of both EcoCity Cleveland between 1992 and 2008 and GreenCityBlueLake Institute between 2008 and 2017. Find more of his work on his website, Lake Effects.