Finding work harder for some groups

Finding work harder for some groups

If Ohio as a whole is starting to experience a slight recovery, the black community continues to face daunting levels of unemployment, despite big drops in labor force participation that keep discouraged workers out of the statistic. African-Americans in Ohio were unemployed at a rate of 17 percent in 2011 and the rates were even up slightly from 2010. Full year unemployment had not been that high since 1986 in the black community. White worker unemployment was also unacceptably high in 2011 at 7.6 percent. 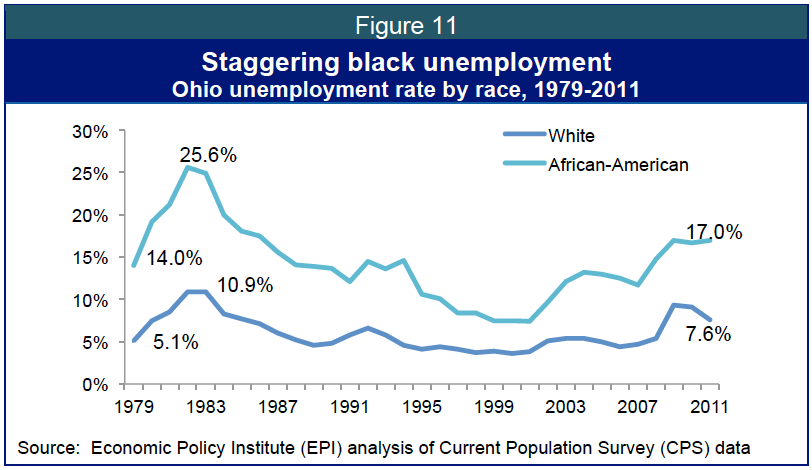 Young workers saw their Ohio unemployment levels drop in 2011 but continued to be unemployed at a very unhealthy 14.3 percent level. This figure does not include full-time students who are not seeking work. Prime-age workers, from 25-54, were unemployed at an 8.2 percent rate in 2011 and workers aged 55 and above had a 6 percent unemployment rate but more than half of those older unemployed had been out of work for at least half a year. 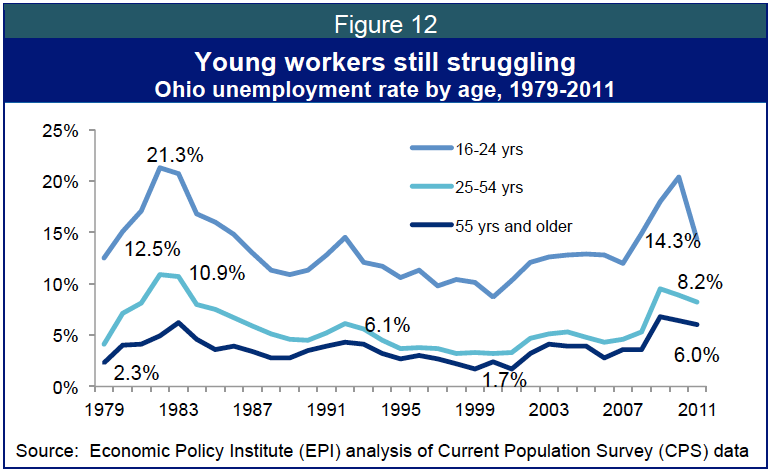 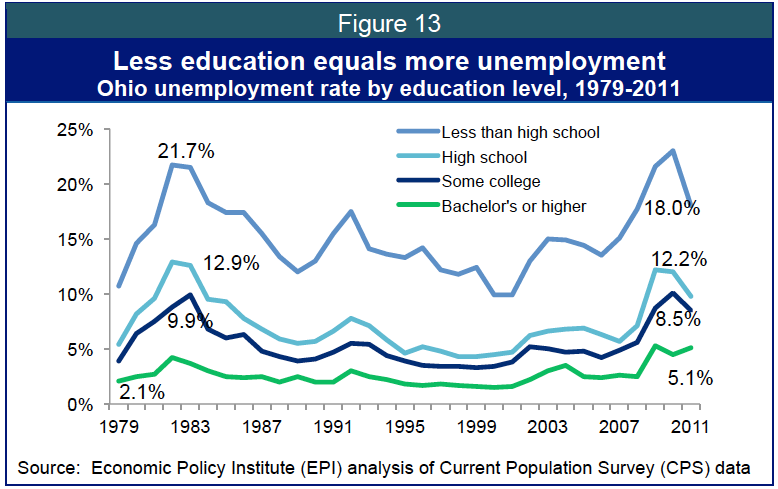