The number of jobs has finally begun to pick up slightly in Ohio after declining every year from 2006 through 2010, remaining essentially stagnant from 2003 to 2006, and dropping between 2000 and 2003. Ohio has a long way to go before regaining its recent peak job level of 5.625 million jobs in the year 2000. 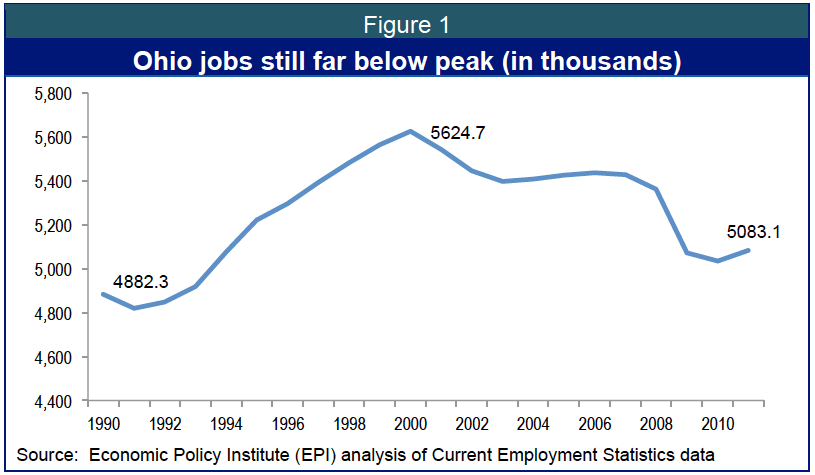 While jobs have begun picking up steam, the growth is below what we should expect at this point in a recovery. Over the last 12 months, the state job total has grown by 100,300 jobs, or 2 percent. At that rate, it will take more than two years to generate the 233,300 jobs needed to return Ohio to pre-2007 recession levels of employment and even longer to get to year 2000 levels.

One factor that is particularly dragging Ohio down in this recovery has been the decision to lay off public sector workers in local government. This policy of austerity has meant that public sector job losses are slowing the recovery. If Ohio had avoided cuts to local public jobs since the end of the 2007 recession in June 2009, an additional 35,400 Ohioans would be employed 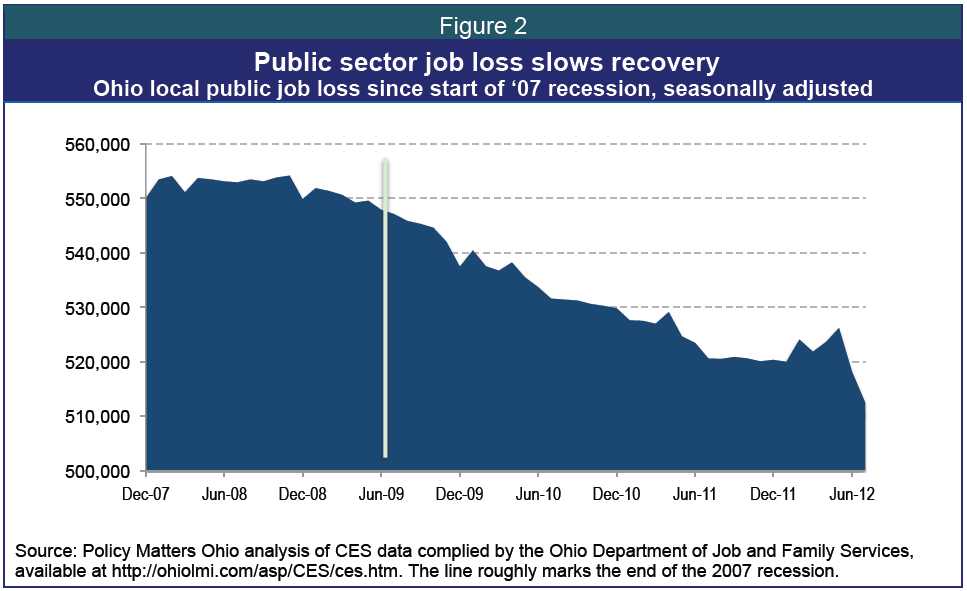 National data on public sector job loss shows that this kind of austerity early in a recovery is unusual. After each of the last two recessions, the federal government, states, and municipalities across the country added jobs, but in this recovery, public jobs have been cut. 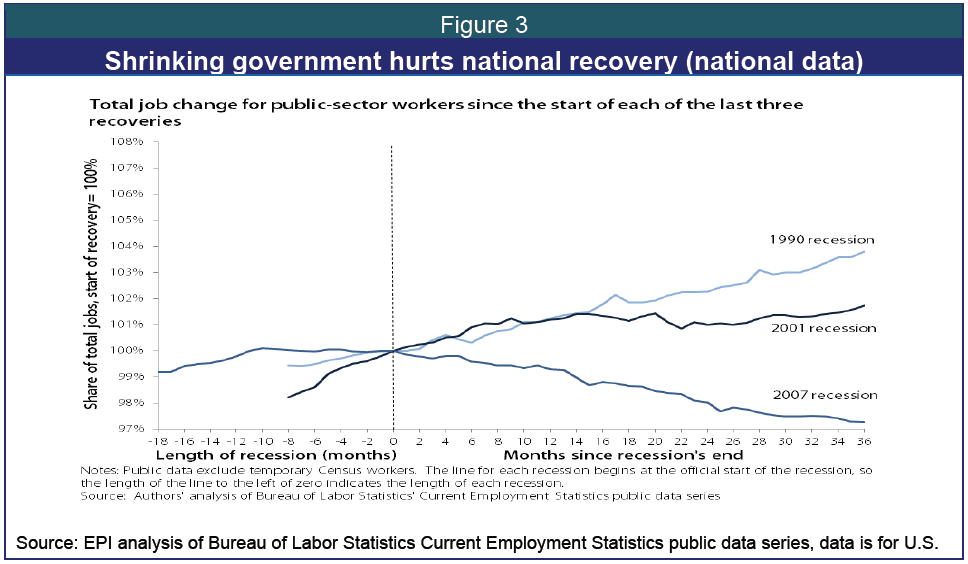