The share of the Ohio unemployed that has been unemployed for more than half a year rose to an all-time high of 44.2 percent in 2011, up from 42.4 percent in 2010. The peak prior to that was in 1984 at 30.2 percent. This is deeply troubling because the longer people are out of work, the harder it is to get rehired, both because of discrimination by employers and because of actual skill erosion. 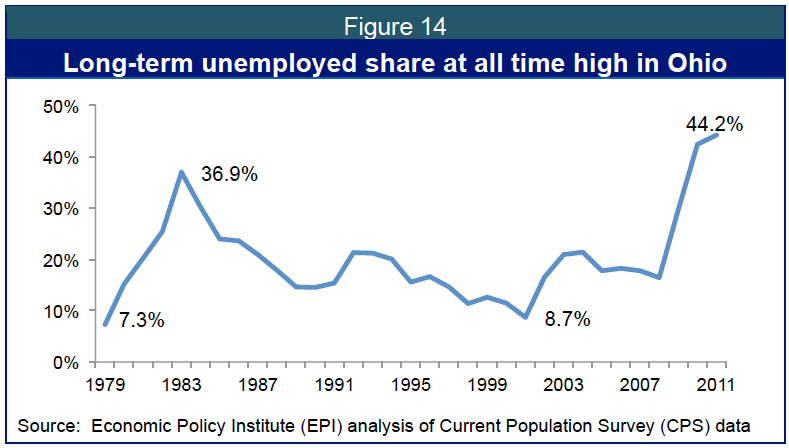 Nearly one in five Ohio workers is underemployed, meaning either they are unemployed (have no job and are looking); are working part-time but want to be full-time; or are marginally attached, which includes two types of workers (discouraged workers who have left the labor force because they don’t think they’ll find a job, and workers who want to work but lack child care or transportation that would enable them to). Underemployment fell in each of the last two years but remains higher than at any other point between 1994, when this measurement was started, and 2009. 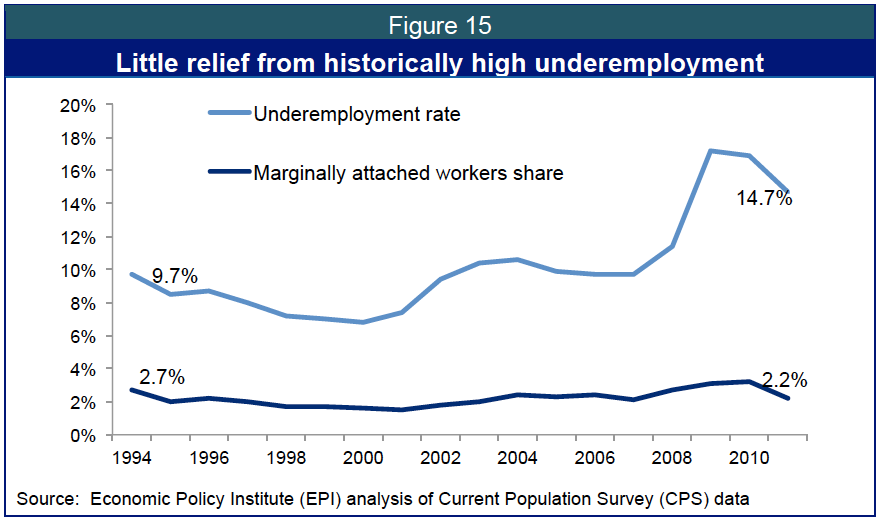 A look back at the 2001 labor market gives a sense of what a healthier labor market looks like, at least in terms of demand for workers. At that time, 93.8 percent of the labor market was more fully employed