Looking, but not finding work

Looking, but not finding work

With low employment levels and labor force participation rates, the Ohio labor market is in bad shape. Unemployment is an incomplete measure because when jobs are scarce, people leave the labor force and are no longer considered unemployed. Still, it’s important to monitor unemployment rates, which reflect people who are actively seeking and not finding jobs. The unemployment rate fell for the last two years in Ohio and has fallen further this calendar year. The rate was 8.7 percent in 2011, meaning that more than one out of 12 Ohioans was out of work despite actively looking. In July 2012, the monthly unemployment rate held steady at a much more healthy 7.2 percent. This should eventually lure people back into the labor market, although additional people left the labor market in July. 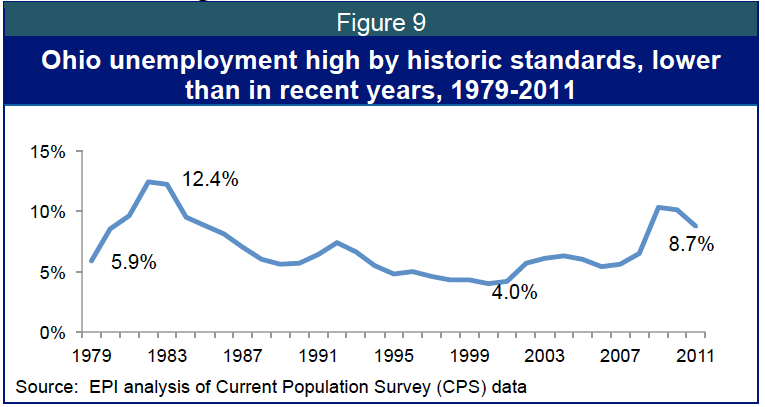 Ohio men faced a higher rate of official unemployment (9.4 percent) during 2011 than women (7.9 percent) partly because sectors like manufacturing and construction in which men are more likely to be employed were hit harder by job loss during the recession. However, men’s unemployment has also fallen more sharply than women’s in the recovery, as public sector job losses, which hurt women more, rise. 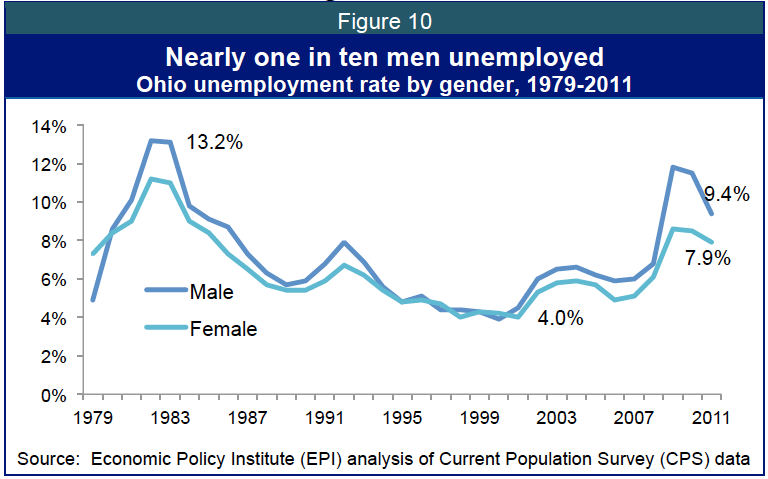