Productivity grows, family income does not

Productivity grows, family income does not 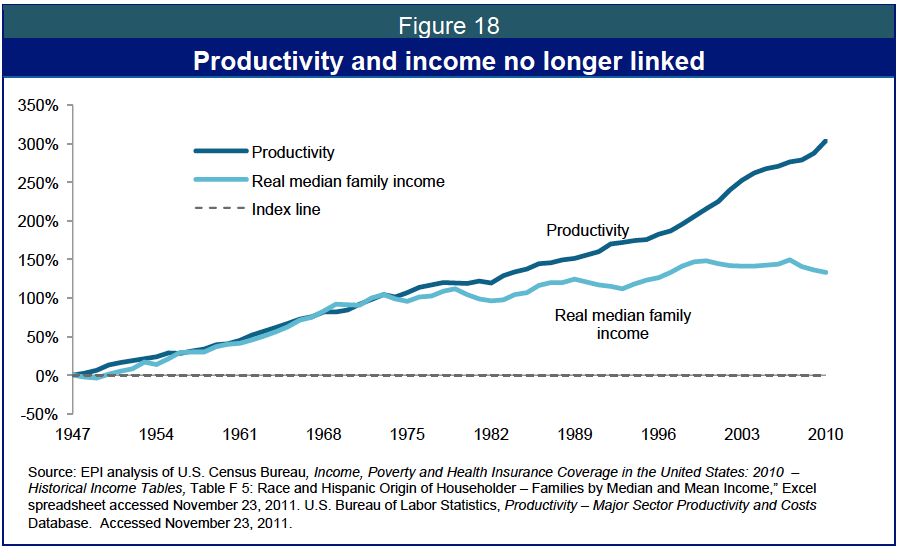 Wages have gone down for upper-middle income, middle income, lower-middle income and low-income workers over the past 33 years, when adjusted for inflation. The only wage growth is among the group that already earned in the top 20 percent, and even there, growth has been stronger for the most advantaged. Since 2007, every group, including the top, has seen a wage decline. The table below breaks the Ohio workforce into ten equal parts, looking out how earnings have changed since 1979. Someone at the tenth percentile earns more than ten percent of workers and less than 90 percent. Workers across the entire bottom 70 percent of the spectrum have seen hourly wage decline, with steeper drops for middle and lower-middle income workers over the long term. By 2011, workers at the 90th percentile earned 4.19 times more than workers at the tenth percentile. This doesn’t capture income inequality among the top ten percent, which would substantially worsen the picture. It is wage income, so it doesn’t capture programs like the Earned Income Credit, which help low earners with children, and it doesn’t capture income from stocks, dividends and other non-wage earnings that go in vast disproportion to the wealthy. 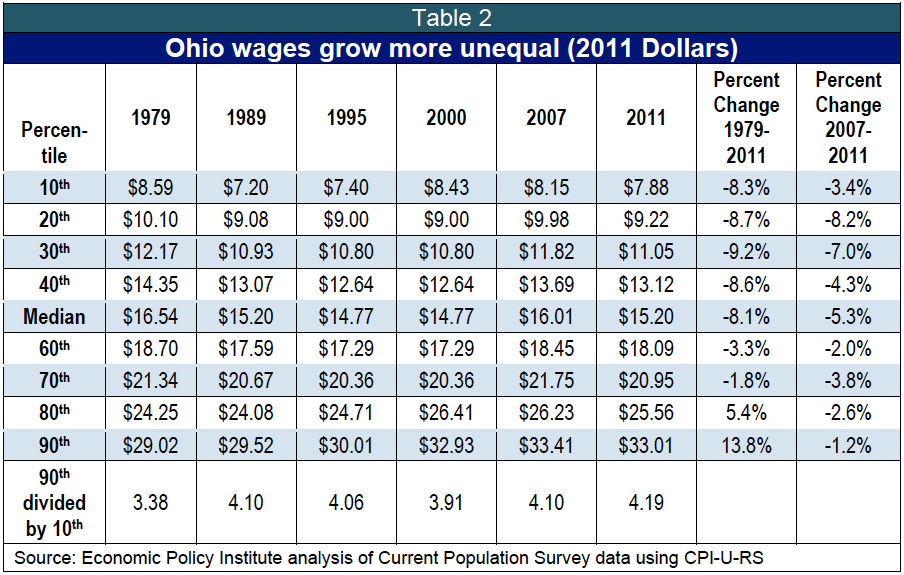 Presenting one key point from the table above in a bar chart, below, tells the story clearly. Between 1979 and 2011, Ohio’s wage structure became more unequal. For workers in the 90th percentile