Unemployment remains high in Ohio and job quality has declined over the long-term. These two factors mean that many Ohioans cannot meet their basic needs through their work income. This makes a basic safety net essential to reduce poverty, assuage hunger, and ensure health coverage.

The profile of Ohio’s safety net has changed over time. Inflation in the health care system has been much higher than in the economy as a whole over the past generation, and has driven growth in Medicaid expenditures while other human services have been squeezed. (Figure 5) 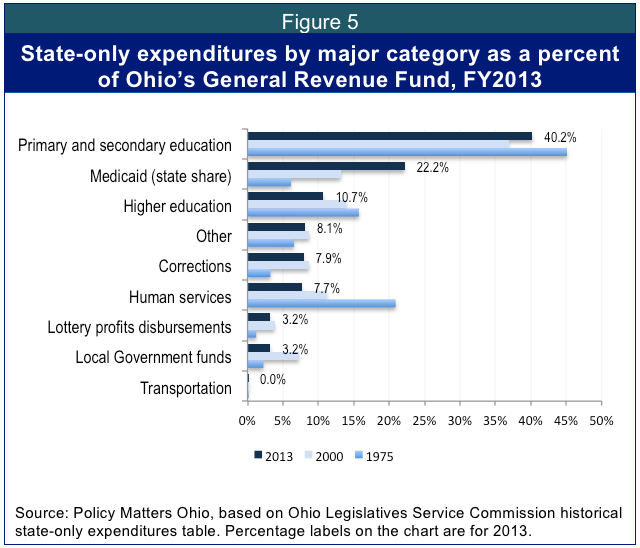