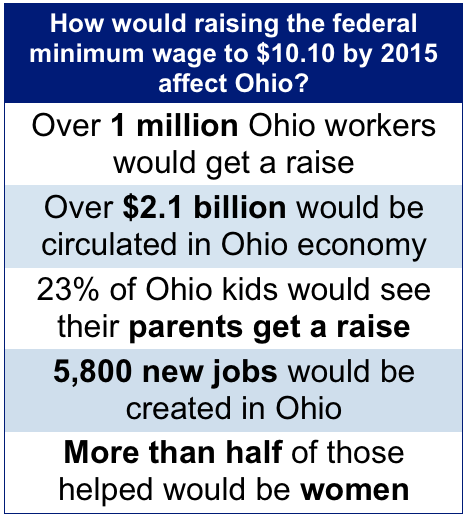 Increasing the federal minimum wage would reduce inequality, keep workers out of poverty, reward work and help our economy.[1]

The minimum wage is worth much less than in the past after inflation is considered. This contributes to growing income inequality and makes it harder to stay out of poverty, even with full-time work.

An increase to $10.10 would affect more than 30 million Americans, nearly one-quarter of the national workforce. Ohio workers are more likely to be affected than workers nationwide: only four states have more affected workers than Ohio. Twenty percent of Ohio’s workforce