Higher education funding is set to receive a badly needed, but markedly insufficient, increase in the proposed budget. The increase does little to offset the rising costs of higher education and does nothing to extend state need-based financial aid to community college students or those enrolled at two-year branch campuses. 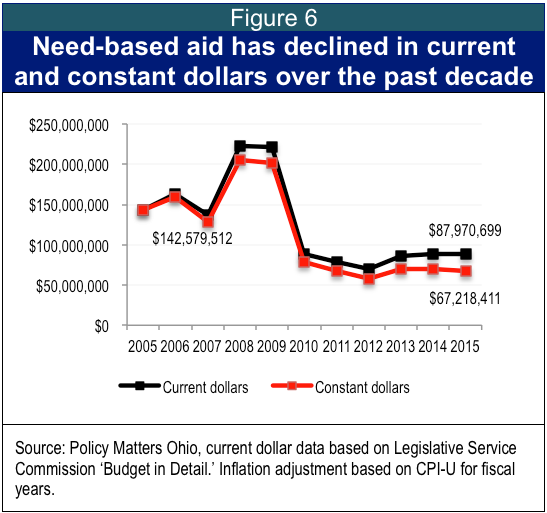 Although the need for need-based financial aid has grown, Ohio has disinvested in aid in current dollars