The proposed budget for fiscal years 2014-15 brings more money to the state by accepting millions of federal dollars for Medicaid and keeping revenue sharing funds that would have historically gone to local governments, libraries and schools. At the same time, 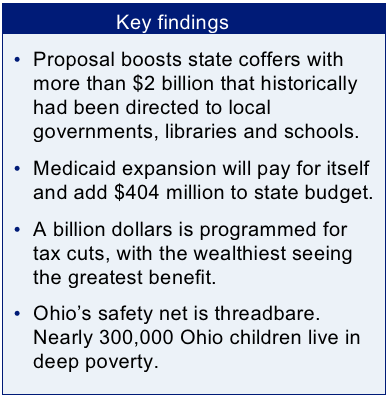 Many public services remain inadequate four years after the official end of the recession: an estimated 30,000 Ohioans are on waiting lists for services for developmentally disabled citizens, while local communities that lost half of their state support are privatizing services, dimming streetlights and raising fees. The state is going from being a “high-tuition, high-financial-aid state” to one where tuition is high and aid is low. Deep poverty remains a real problem