Ohio’s Home Weatherization Assistance Program results in home energy cost savings of over 20 percent on average, making it one of the best such programs in the nation.  Additional benefits include pollution reduction, energy conservation, and job creation. 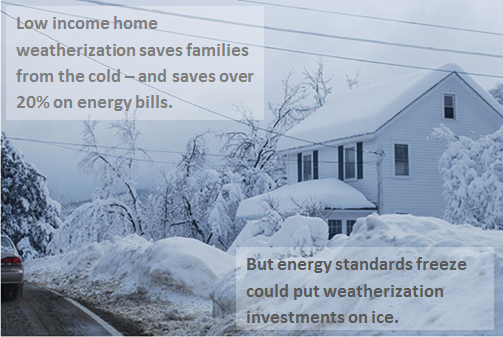 That is the conclusion of an assessment released by Policy Matters Ohio today.  Despite this exceptional record of success, this program reaches too few eligible families, and recent policy changes are exacerbating the problem.  In 2012, just 5,741 homes were weatherized, comprising 1.2 percent of the 460,000 households seeking emergency assistance that year.

“Weatherization is a win for low-income families, the public, and the environment,” said Amanda Woodrum, energy researcher at Policy Matters Ohio, and the report’s coauthor.  “This program reduces costs, reduces waste, and improves our housing stock.”

The Clean Energy Standard that required investor-owned utilities to reduce consumption by 22 percent was the driving force behind a seven-fold increase in utility company spending on weatherization.  Ohio Gov. Kasich recently signed a bill that froze clean energy compliance standards for two years while the state evaluates whether to scrap them altogether.  This has already reduced utilities’ efficiency and weatherization investments.  The report, which finds that eliminating the clean energy standards would result in a $300 million loss of investments in weatherization over the next ten years, recommends that Ohio unfreeze the standards.

“Ohio’s clean energy standards are working.  The standards resulted in more resources to help vulnerable families and are reducing prices for everyone over the long-term,” said Dave Rinebolt, Executive Director of Ohio Partnership for Affordable Energy.

“Our research finds that investments in weatherization reduce energy bills, reduce pollution, and preserve resources,” Woodrum said. “Whatever the mechanism, it’s essential that Ohio continue to invest in this efficient, effective approach.”