Welfare spending advocates are up in arms over Ohio’s use of food stamp work requirement waivers, calling the waivers unfair and even racist.

The problem, according to progressive think tank Policy Matters Ohio, is state officials’ refusal to waive food stamp work requirements for as many Ohioans as possible.

Adults who want food stamps through the federal Supplemental Nutrition Assistance Program for more than three months in any three-year period are required to work, volunteer or participate in workforce training at least 20 hours per week.

States can request waivers of SNAP work requirement for areas with especially high unemployment, and the feds have allowed statewide waivers in response to the 2007-09 national recession.

In Ohio, Republican Gov. John Kasich’s administration has requested SNAP work requirement waivers only for the counties where unemployment is worst — many of them rural counties in southeastern Ohio.

Left-wing groups say Kasich’s SNAP waiver policies put an unfair burden on minorities in the state’s big cities. In an August press release, Policy Matters warned of the possibility of legal action against the state.

Mother Jones blamed Kasich, a former congressman, for the fact SNAP work requirements exist at all, and suggested he might be intentionally “turning a blind eye to the racial disparity” caused by his SNAP waivers.

The Mother Jones story was picked up as proof of Republican racism by left-wing blogs including Daily Kos, where a post on the topic prompted thousands of social media interactions.

Benjamin Johnson, communications director for the Ohio Department of Job and Family Services, told Ohio Watchdog the state seeks to ensure “that able-bodied adults without dependent children receive both SNAP benefits and education, job training, or volunteer or work experience.”

SNAP work requirements only apply “to adults between the ages of 18 and 50 who are mentally and physically fit for work, are not pregnant, and do not have dependent children,” Johnson noted. 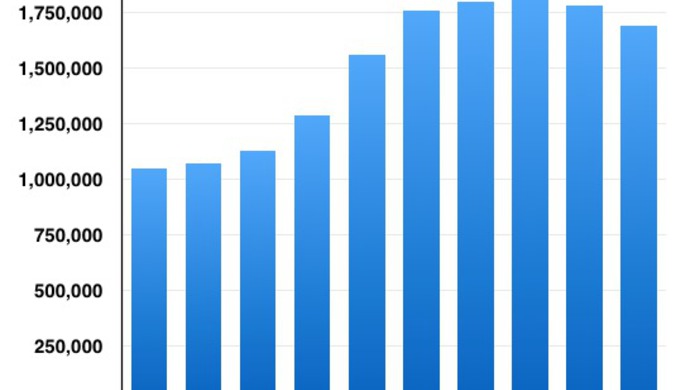 Ohio’s SNAP enrollment has receded since Kasich ended the statewide work requirement waiver put in place by former Democratic governor Ted Strickland, but remains much higher than at any time before the recession that ended six years ago.

“Work requirements are an essential ingredient to helping those who are in need transition from dependency to financial stability,” Josh Archambault, a senior fellow at the free-market Foundation for Government Accountability, told Ohio Watchdog.

Archambault pointed to research from a Tufts University professor whose findings indicate “those on food stamps are more food insecure than those of similar income but not on the program.”

“No matter what community or background someone is from, work requirements are an effective mechanism to help people escape the cycle of dependency,” Archambault said.

Instead of expanding waivers to more counties and cities to appease critics who call Kasich a racist, Archambault said the governor should restore SNAP work requirements statewide.