Amy Hanauer participates on a panel for the City of Cleveland

Thank you for your service: On Veteran’s Day, we’re pushing for policies that actually help veterans. The GOP tax and budget plans threaten to cut federal food aid for millions of Americans including 1.5 million veteran households, according to our national partner Center on Budget Policy Priorities. In Ohio, 64,000 veterans rely on this help. Show them real respect by pushing your members of Congress to reject the GOP tax plan and the budget cuts that will surely follow.

Speaking of the GOP tax plan: It’s very, very bad. It adds $1.5 trillion to the deficit by putting more money in the pockets of the super-wealthy who don’t need it while many middle- and low-income Americans gain very little or nothing at all. It will create pressure for cuts to programs that actually help everyday Americans get ahead like federal food aid, Pell Grants, Medicaid and more. Read our statements on the House and Senate bills and Communications Director Caitlin Johnson’s opinion piece in the Cleveland Plain Dealer.

Meanwhile, in Columbus… Ohio’s 2018-2019 lean state budget shows how many of the proposals in the GOP federal tax plan failed here at home. Senior Project Director Wendy Patton analyzed the latest state budget and found it to be a mixed bag. While lawmakers smartly directed more revenue towards fighting the drug epidemic and left out another income tax cut, years of tax cutting and loopholes caused revenue to fall short. As a result, funding for many crucial programs like K-12 education, public higher education, public transit, and more are flat funded or cut.

Budget Bites: State lawmakers don’t do enough to make sure low-income working Ohioans have the support they need. We released this year’s final two Budget Bites, taking a closer look at state support of housing and food aid and preschool and child care. Sadly, but not surprisingly, Ohio underinvests in these programs, too.

Watching out for workers: In Columbus, legislators are again considering a bill to undermine Ohio’s Unemployment Compensation system, while in D.C., the Department of Labor is only standing up for some workers. Research Director Zach Schiller is pushing back against the flawed unemployment legislation. He testified against the bill, calling for a solution that taxes employers fairly, includes an employee premium and doesn’t cut benefits. Researcher Michael Shields offered tepid praise for Labor Secretary Alexander Acosta, who didn’t completely give in to court challenges to the 2016 overtime protection rule. Shields pointed out that had Acosta defended the $47,476 salary threshold set under the Obama Administration, 351,000 Ohioans would have received overtime protection.

Sign up for health care: Health care open enrollment began November 1 and ends December 15, 2017. Despite a year of confusing attacks on the Affordable Care Act, it’s still the law of the land. Researcher Katie Fallon explains changes to open enrollment and how to sign up. 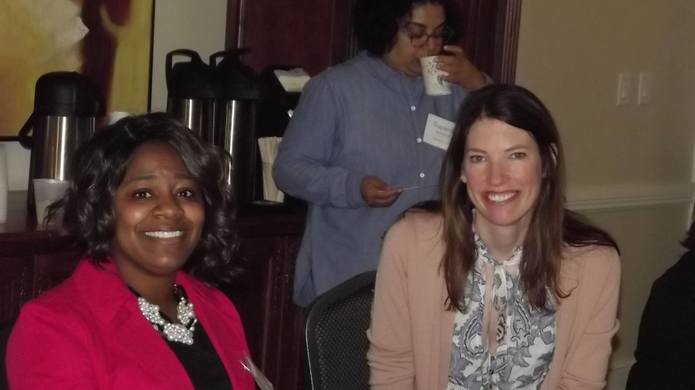 Out and about: Many of us will indeed be out…of the state this coming week. The annual Center on Budget and Policy Priorities Impact Conference is November 15-17. Our Development Manager Cynthia Connolly will take to the national stage to explain why policy matters to her and how development professionals contribute to the fight for justice. We were busy over the last two weeks. Executive Director Amy Hanauer participated on a City Club of Cleveland panel about the legacy the nation’s first big-city black mayor, Carl B. Stokes (see video above). Amy also appeared on WCPN’s “The Sound of Ideas” to discuss the GOP tax plan. On election day, she spoke at Cleveland State University about why elections matter. Outreach Coordinator Daniel Ortiz joined Ed “Flash” Ferenc on America’s Workforce Radio to talk tax policy. Policy Liaison Kalitha Williams and Katie Fallon participated in the Latina Equal Payday Roundtable Discussion hosted by the Women’s Fund of Central Ohio. State Policy Fellow Victoria Jackson and Mike Shields were featured speakers at the Ohio Urban Resource Systems (O.U.R.S.) conference in Columbus.