Taking aim at Amazon: We found that one in 10 Amazon employees in Ohio make so little that they qualify for federal food aid. The national media was as shocked by the findings as we were and Zach Schiller’s report was featured in The Daily Beast, Newsweek, The New Republic and on Fox Business. On the heels of news that Columbus made the short list for Amazon’s second headquarters, Zach Schiller and Daniel Ortiz took to Facebook Live to discuss the value of tax breaks for a company that has 10 percent of its workforce living at or near poverty. 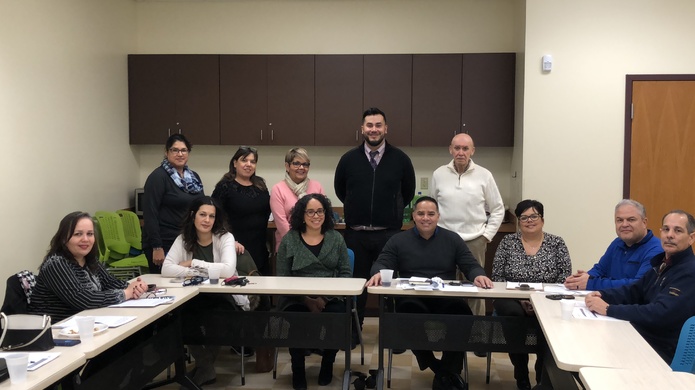 Speaking of tax breaks: A new rule requires local governments to report the cost of tax abatements they grant for economic development. Some places, like the village of Silverton, are making the most of it and taking transparency to new levels, according to Zach’s latest report. Other places are doing the bare minimum or disregarding parts of the rule. More involvement by the state auditor could spur them to make the most of the new standard and help Ohioans understand how our tax dollars are being spent.

Where are all the jobs, anyway? We’ve said it before and we’ll say it again, all those tax breaks and tax cuts haven’t been the job creation silver bullet we were promised. 2017 was Ohio’s slowest year for job growth since the Great Recession 10 years ago, according to analysis by Hannah Halbert.

More hoops for Medicaid recipients: One thing that really helps workers: Access to health care so they won’t get too sick to hold down a job. But the Trump administration is trying to make it harder for low-income Americans to get health care by allowing states to add work requirements to Medicaid, as Katie Fallon detailed in a blog. Wendy Patton spoke out against the move in the Columbus Dispatch and on public television this week – arguing that most able-bodied Medicaid recipients already work or are looking for work and that in many low-wage jobs, hours vary. A retail worker who doesn’t get put on the schedule enough one month might fall short of the requirements and lose care. Kentucky already applied for a work requirement waiver. Ohio shouldn’t follow suit.

Unemployment saga continues: Meanwhile, state lawmakers are trying to find a fix to our broken unemployment compensation system, but the latest proposal still shortchanges workers. House Bill 382 would make too many cuts to benefits and doesn’t address the chronic underfunding of the trust fund due to insufficient taxation. Last week, Hannah Halbert (pictured above) testified against the bill before the House Government Oversight and Accountability Committee.

Honoring MLK: Few people fought harder for workers than Dr. Martin Luther King, Jr. We remembered his Poor People’s Campaign launched just before he was murdered. “There is nothing new about poverty,” he wrote. “What is new, however, is that we now have the resources to get rid of it…Why should there be hunger and privation in any land, in any city, at any table, when man has the resources and the scientific know‐how to provide all mankind with the basic necessities of life? There is no deficit in human resources, the deficit is in human will.”

In the community: We try to build that will by taking our message to groups across the state. At 9:30am on January 28, Amy Hanauer will answer questions about the recently-passed tax bill that slashes taxes for the wealthy and big corporations at the First Unitarian Church of Cleveland in Shaker Heights. Several Policy Matters staff will take to the streets later today for the 1 year anniversary of the Women’s March. We hope to see you there! Last week, Daniel presented on the effects of the tax overhaul at the West Side Democrats. He also spoke about the bill at El Centro de Servicios Sociales in Lorain (see photo above), connecting its impending impacts with the historical roots of the Puerto Rican economic crisis.