State to Uber: Pay up

State to Uber: Pay up

Company hasn’t been collecting sales tax, as it should

The Ohio Department of Taxation has told Uber, the ride-hailing company, that it must pay up. Uber is responsible under Ohio law for collecting state and local sales tax, the department concluded. It assessed the company $1.35 million in such taxes for the third quarter of 2015, plus more than $240,000 in interest and penalties. Uber appealed the case at the state Board of Tax Appeals, and a hearing is set for July. 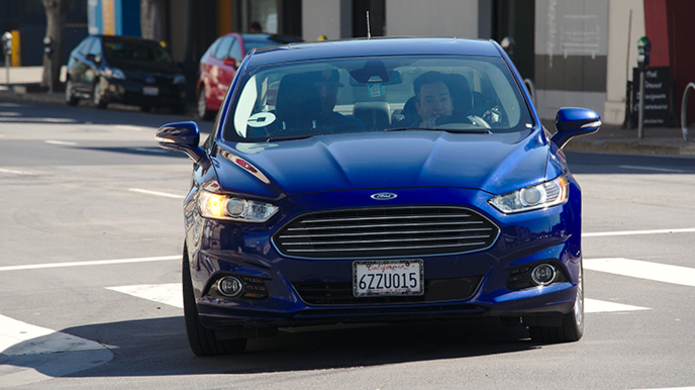 “We applaud the taxation department for demanding that Uber collect tax just like other companies that provide transportation services,” said Zach Schiller, research director of Policy Matters Ohio. “Requiring all such companies to collect the tax creates a level playing field for businesses and means that those businesses are helping pay for public services, as they should. They benefit from many such services, like roads, drivers’ licensing and public safety enforcement.”

Local public transit systems face major losses due to state cuts to the tax base they use for local sales taxes. “With those cuts, it is especially critical that Uber follow state law and collect the tax,” Schiller said. “Some of the revenue will go directly to local transit agencies. A larger amount will go to the state, which should distribute its share to the transit agencies as well.”

Uber has claimed, among other things, that it “does not provide transportation services. Uber provides access to an “app” that Drivers and Riders can use to connect with each other and facilitate payment from the Rider to the Driver.” But in his final determination, Tax Commissioner Joseph W. Testa found that Uber “is not merely a provider of a digital application, they are the vendor of transportation services.”

Testa noted that without Uber’s app, there would be no transaction; that Uber sets the prices of the transactions and retains a percentage, insures the drivers, controls who can be an Uber driver and controls the type of vehicles that may be used. “Because the petitioner controls the services that are being rendered to such a high degree, the petitioner is effecting the sale of these transportation services and is the vendor of the services,” he concluded.

The taxation department calculated how much Uber should pay based on another tax that it does collect, the Commercial Activity Tax. Its audit covered just the third quarter of 2015. Citing ongoing litigation, the department would not explain to Policy Matters Ohio what period Uber would have to pay taxes for if the state prevails. However, based on the audit for one quarter, it would owe $13.5 million in taxes since July 2015 if it had to collect since then. That does not cover earlier operations or take into account the company’s growth. A decision by the Board of Tax Appeals can be appealed to a Court of Appeals, and then to the Ohio Supreme Court, so a final conclusion to the case is not imminent.

Uber and other transportation network companies must collect sales tax or taxes specially tailored for their industry in a number of cities and other states, including Massachusetts, Nevada, New York, Rhode Island and South Carolina. Ohio’s law (Section 5739.01(B)(3)) requiring sales tax on transportation of persons within the state by motor vehicle has been in place since 2003. The state collected more than $1.9 million in sales tax on taxi and limousine services in the year ended last June.