Ohio's economy has grown more than 65 percent in a generation. The workers who created this wealth have not shared in the growth. The poorest 30 percent of workers have lost about 40 cents per hour in wages since 1979. This means a family of three with a breadwinner working full-time at minimum wage would earn $3,500 below the poverty line. 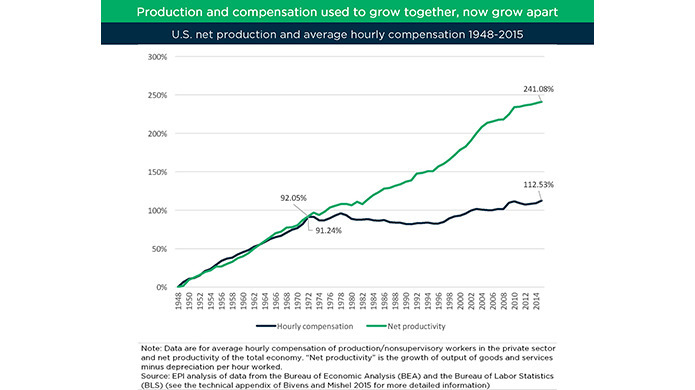 Raising the state minimum wage to $15 an hour by 2025 would slowly rebuild its purchasing power, helping working families and supporting local spending. Some 1.8 million Ohio workers, who make the minimum wage or earn close to the minimum, would see gains from raising the wage. More than 700,000 Ohio children have a parent who would get a raise. Forty-one percent of women and 28 percent of men would get a raise. Raising the minimum would shrink the pay gap between black and white workers, which grew from $1.65 to $3.30 an hour between 1979 and 2016.

Working Ohio needs a raise. Since 1979, despite tremendous growth in the national economy, 60 percent of Ohio workers have seen their inflation-adjusted wages decline in comparison to workers of the previous generation. This despite the fact that workers today are more likely to have a high school diploma or college degree. Seven of Ohio’s 10 most common jobs are in occupations that have an annual median wage less than 130 percent of the poverty level for a family of three. This means a typical worker in that field could work full-time, year-round and still need food assistance to feed a family. This has not always been true in Ohio. In 2000, just four of the 10 most common jobs would have left a working family in this position. 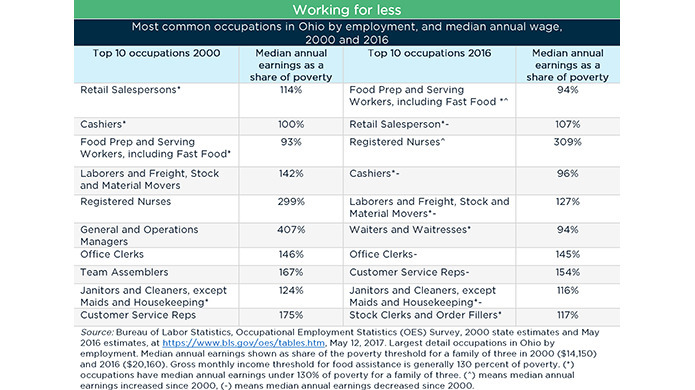 As of 2014, the state’s wealthiest 1 percent earned more than 19 times the average of the bottom 99 percent of earners combined. Restoring the value of the minimum wage by raising it to $15 an hour by 2025 would help offset some of this vast imbalance and bring some new security and peace of mind to working Ohioans.