Manufacturing a High-Wage Ohio: This week, business owners, labor leaders, academics and U.S. Senator Sherrod Brown came together to discuss ways to strengthen Ohio’s manufacturing sector. Policy Matters and the Century Foundation sponsored the event where we released a paper authored by Michael Shields. The major takeaways: Despite some difficult years, manufacturing remains a major economic driver in Ohio and has great potential to provide family-sustaining wages to the state’s working people. With smart policies, both the manufacturing industry and the state can thrive. 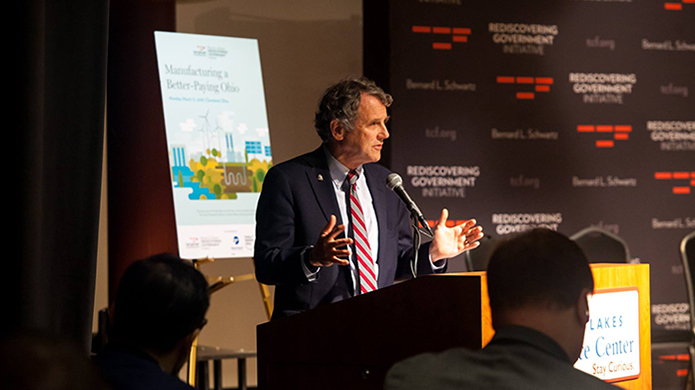 Raise the wage: We’ve long been calling for Ohio policymakers to raise the minimum wage to $15 an hour by 2025 – and now a group of state legislators are introducing legislation to do just that. Hannah Halbert joined Sens. Brigid Kelly, Cecil Thomas, and Joe Schiavoni to announce the new legislation. Our research shows that if this legislation passes, 1.8 million Ohioans will get a raise. Increasing the minimum wage is just one smart policy that will support Ohio’s working people. We also have nine other ideas. 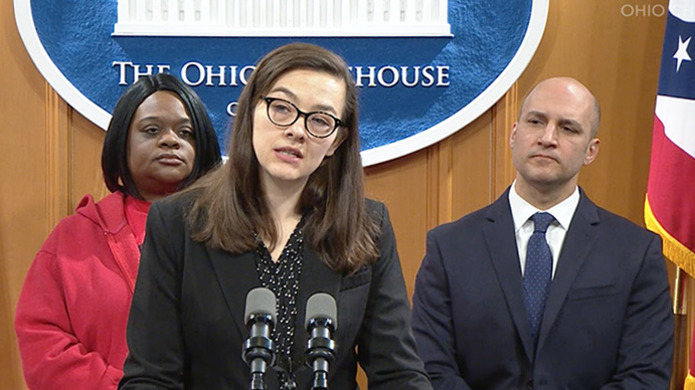 Job Watch: Last week the Ohio Department of Job and Family Services (ODJFS) released updated data which showed Ohio added 32,200 jobs last year — just a measly 0.6 percent gain and less than half the national growth rate of 1.5 percent. Although Ohio added 12,000 jobs in January, 2018, Hannah says the state needs many more strong months to make up for the losses we endured during the Great Recession.

Beating back barriers to care: Medicaid expansion extended health care to 700,000 Ohioans. It’s made our state healthier and helped us combat the ever-growing drug epidemic. With encouragement from the Trump Administration, Ohio is poised to take huge steps backwards by requiring that expansion enrollees work at least 80 hours a month or participate in “community engagement activities.” Some groups would be exempt, but they’d have to jump through administrative hoops to qualify. Amy Hanauer sent Policy Matters’ official comments to State Medicaid Director Barbara Sears, calling for the Kasich administration to rethink its proposal.

He said what? When Vice President Mike Pence came to Cleveland last week, we set the record straight about the Trump tax plan. Appearing on WKYC Channel 3, Victoria Jackson said the trickle-down approach hasn’t translated into job growth for Ohio. We’ll continue to push back as the Trump administration and congressional Republicans try to slash vital programs that expand opportunity and make sure everyone has access to the basics.

In the community: Besides the manufacturing summit, calling on lawmakers to raise the wage and fact checking the vice president, we also moderated a panel as part of the community-wide read of Matthew Desmond’s Evicted, and helped organize a rally in support of increased funding for public transit. Check out Daniel Ortiz’s Facebook live video – featuring the coolest organizing prop in Ohio. 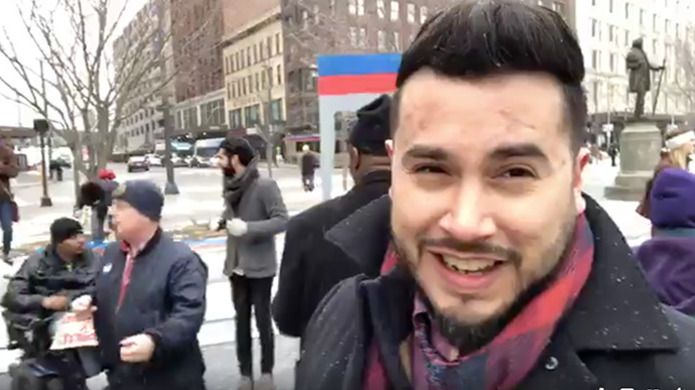 Coming up: This weekend, our friends at the Ohio Organizing Collaborative are collecting signatures to put a major criminal justice reform initiative on the statewide ballot. If you’re interested in volunteering, check the OOC Facebook page for locations and details.

We’re partnering with the Cleveland International Film Festival to promote the documentary, Zero Weeks, which tells the story of families struggling to make ends meet during unpaid parental leave and long-term illness. Go see it on April 7 or 8 and learn about the need for federal paid leave.