Don’t let corporate franchisors off the hook: Under current law, franchisors and franchisees are jointly responsible for compliance with regulations that protect Ohio’s workers. We think it should stay that way. Corporate franchisors across the country disagree; they’re pushing bills like Ohio’s HB 494, which would specify that a corporate franchisor (think Burger King Corporation) is not considered the legal employer of workers at their local franchises (think the branch half a mile from your house). Hannah Halbert testified against the bill, pointing out that it would allow those corporations to duck liability for branches that violate labor laws, “even when compliance is discouraged by corporate owner practices.” In other words, the bill would allow corporate franchisors to squeeze their local affiliates with impunity, jeopardizing the safety, health and fair pay of their workers.

Fund services, not movies: It costs a lot to lure movie-makers to Ohio. Currently, motion picture productions in our state get a $40 million tax credit. The General Assembly is considering HB 525, a measure that would increase that enticement by $100 million, and extend it to Broadway-bound theatre productions as well. In testimony before the House Government Accountability and Oversight Committee, Wendy Patton said between 2011 and 2015, the state spent $32 million on the tax credit but the revenue from the economic activity it generated came to only $22 million. As Wendy put it: “There are many needs in this state. Fostering new financial services … to help some private movie production firms raise equity is a purpose that pales in comparison to the need for basic public services in Ohio communities.”

Special interest tax breaks run rampant: Meanwhile, the General Assembly is considering even more tax breaks, even though the legally required review process has barely gotten underway. One under consideration would allow insurance companies to receive credits for 10 percent of “transformational” mixed-use developments of more than $400 million. Another bill would expand an already dramatic giveaway to encourage oil and gas production, costing the state, local governments and libraries more than $50 million in FY 2019. These are on top of the 129 other tax exemptions, credits and deductions already on the books. In a statement released last week, Wendy reminded us that Ohio’s new Tax Expenditure Review Committee — tasked with evaluating the $9 billion given away annually to special interests — has met just once since its inception last year and hasn’t even disclosed the methods it will use in its evaluation. The committee’s first report is due July 1.

A brief reprieve for Ohioans struggling to get by: The omnibus spending bill recently signed by President Trump forestalls cuts to critical services, for a few months, but threats still loom. Trump’s 2019 budget proposal would eviscerate the Social Services Block Grant (SSBG) program, which provides funding for services like child care assistance, child abuse prevention and care for the elderly and people with disabilities. It would also eliminate funding for the Low-Income Home Energy Assistance Program, which provides assistance to people who can’t afford heat and electric bills; and the Weatherization Assistance Program, which helps low-income households make their homes more energy efficient. Check out our policy briefs on SSBG and energy assistance programs. They include interactive maps that show what’s at stake for your friends and neighbors.

Unemployment compensation for military families: When an enlisted person is transferred, their working spouse often faces a difficult choice: leave their job, with no access to unemployment compensation, or stay behind, keeping their income stream and breaking up their family. We don’t think families that sacrifice so much already should have to make that decision. HB 158 would give those spouses access to unemployment compensation, and with it the flexibility to relocate with their families. Before the Ohio Senate Finance Committee, Hannah testified in favor of the bill. She also pressed the committee to extend that policy to civilian families, and to include a variety of other “good cause quits,” including exemptions for workers who leave their jobs due to domestic violence, and those who do so in order to care for ill or disabled family members. 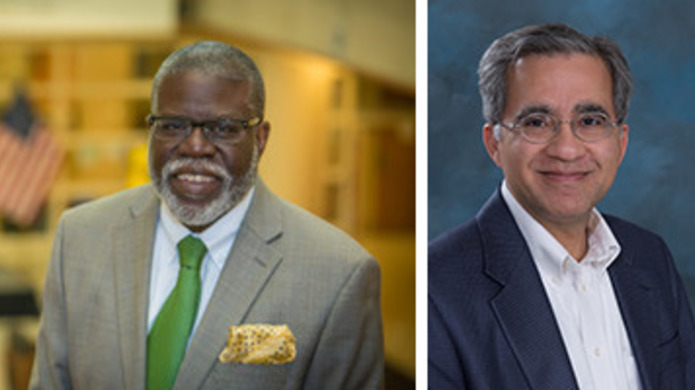 Policy Matters Board adds depth to its roster: We’re excited to welcome two new members to our already high-powered board of directors! Dr. Roland Anglin is the recently-appointed dean of the Maxine Goodman Levin College of Urban Affairs at Cleveland State University. Dr. Ashwini Sehgal is the Duncan Neuhauser Professor of Community Health Improvement at Case Western, and co-director of the Center for Reducing Health Disparities, a partnership between Case and MetroHealth. “Roland and Ash are great additions to our leadership at Policy Matters,” Amy Hanauer said. “Roland is a community development expert who views his work through an equity lens. Ash is a pioneer in studying and fighting racial and economic health disparities. Both bring important perspectives that will inform our work and make it stronger.” 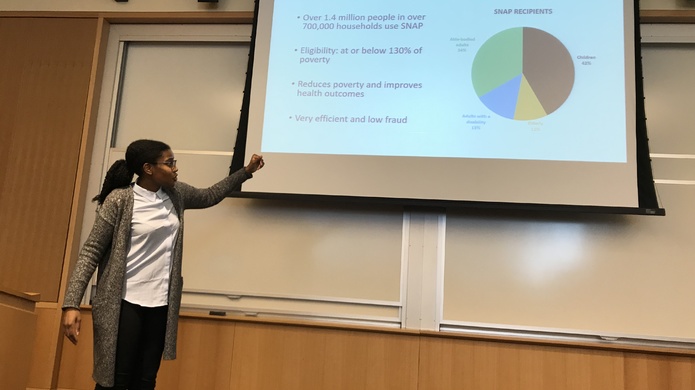 Coming up: Next week, on April 7th, Outreach Coordinator Daniel Ortiz will speak with and hear from the youth council of Empowering Youth, Exploring Justice.