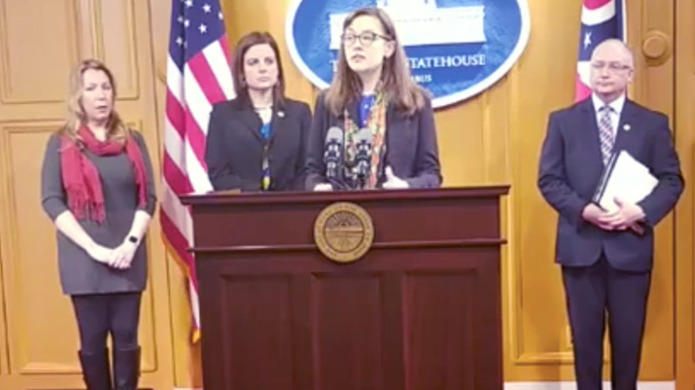 In 1975, overtime laws protected more than 60 percent of America’s salaried workers from being asked to work more than 40 hours a week without compensation. Today, they cover only 7 percent of full-time salaried workers nationally, and 7.8 percent in Ohio. Even as inflation drove up the cost of living over the years, lawmakers haven’t updated the overtime threshold of $23,660 since 2004. Today the threshold is lower than the poverty level for a family of four.

The Department of Labor set out new rules in 2016 in order to restore some of this lost protection, particularly for modestly-paid workers who lack bargaining power. Ohioans need overtime laws that reflect the realities of today’s labor market. Last year, the Trump Department of Labor worked to block the rules from taking effect, letting down working people. We need state lawmakers to step up to the plate.

Many of Ohio’s other 92.2 percent of full-time salaried workers who are ineligible for overtime can’t push back when employers make them work late into the night or on weekends, without paying them extra. Managers in retail and in restaurants can work well over 40 hours, and never trigger overtime protection because their salary is slightly over the current pay threshold of $23,660. This means a mom can work a 50- or 60-hour work week and still live in poverty, earning a little as $455 per week. She would have no right to be paid for her extra hours.

Reform is needed and overdue. In our recent report, A New Way Forward: 10 Policies to Support Ohio’s Working People, we called on policymakers to restore the 40-hour work week by bringing the pay threshold in line with the realities of today’s labor market. The Department of Labor attempted to do this by increasing the salary threshold to $47,476, an amount still below what it would have been had it kept up with inflation since 1975. This change would have helped millions of workers, including 351,000 Ohioans, reestablish overtime coverage, but the Trump administration killed the new threshold and is likely to impose a much lower standard or no change at all. Had the Trump administration allowed the rule to take effect in October, Ohio workers would have received more than $18 million in wages just through the end of March. Every week that passes without action adds another $866,234 to that total.

People working 40-plus hours a week should not have to worry about putting food on the table. For too long, state and federal policies have slowly chipped away at that sense of security. Ohio policymakers can restore this basic protection by passing state legislation to raise the threshold to $47,476.