The Kasich Administration plans to ask the federal government to waive Medicaid rules and allow the state to end health coverage for Medicaid beneficiaries who fail to meet monthly work requirements, a plan that will almost certainly cause many working people to lose coverage.

A new report by the Washington, D.C.-based Center on Budget and Policy Priorities (CBPP) examines the impact of a Kentucky initiative similar to Ohio’s proposal that will eliminate health coverage for people who work less than 80 hours per month, unless they are able to document how they qualify for an exemption.

The majority of working age Medicaid enrollees who can work, do, but often in food service, construction, retail, home health and child care jobs. These are jobs that generally don’t offer health insurance. Low-wage work is often unsteady, with hours that can fluctuate dramatically from one week to the next. Many employees want and need more hours than they can get from their employers. Due to a lack of paid sick leave in low-wage work, and other similar factors, job loss is common.

The CBPP study found that many low-wage workers would fall short of the 80-hour-per-month requirement in one or more months during the year despite being employed.

Loss of coverage will lead to poorer health among these workers, especially those with chronic conditions and other health challenges, and will make it harder for some people to continue working. Governor Kasich’s evaluation of Medicaid expansion enrollees in Ohio found the majority said having health insurance made it easier to stay employed and to look for work.

“Taking away health coverage will make workers less healthy and make it harder for them to work or look for work,” said Amanda Woodrum, a senior researcher at Policy Matters Ohio. “If the goal is to help people with multiple barriers to employment get ahead, Ohio should strengthen and expand its job training pipeline toward better paying jobs, improve access to quality, affordable child care, and invest far more in Ohio's public transit system — and let people keep the health coverage they need.”

In addition to putting coverage at risk for workers with volatile hours and unstable jobs, work requirement regulations will place a heavy burden on local governments that will administer the program. Ohio’s county employees, their numbers thinned by years of deep state cuts, will be responsible for oversight of all the documentation, both of workers and of those trying to prove exemption. Paperwork mistakes – whether by the worker, the employer, or the state agency – will lead to coverage losses.

The cost to Ohio’s 88 counties will be high. County Departments of Job and Family Services would need to provide case management services for nearly 234,000 enrollees per year at a cost of more than $378 million over the course of the waiver.

“Those pushing this proposal do not understand the conditions faced by low-wage workers in today’s economy,” said Woodrum. “It will punish workers who are struggling to make ends meet by taking away their health care.” 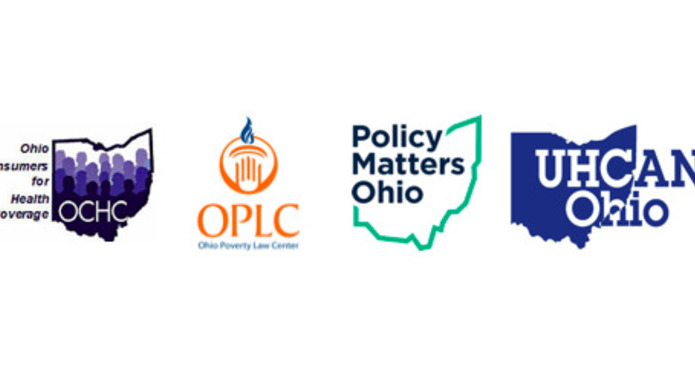